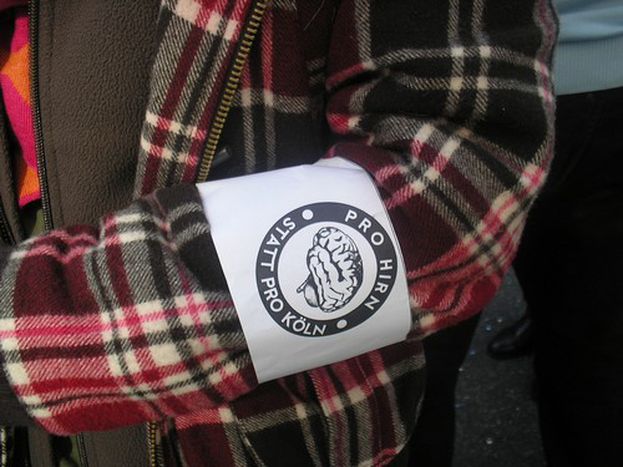 The mosque currently in construction will be able to hold the 120, 000 muslims who live in the west German city. Consequently, the ‘Pro Cologne’ movement is rapidly losing its electoral base in the next municipal elections in mid-September. First in a series of five reports in our 'Europe on the ground' mission, which sent five EU journalists to Koeln

At the beginning, they fought against the alleged political corruption inside the larger German political parties. Then followed the promise to sustain a long-lasting stability in the city. Later came the salvation of Cologne from something which they have dubbed the ‘islamisation’ of Germany. The extreme right-wing political party Pro Köln spews their ultranationalist and xenophobic discourse from behind a pseudo-democratic façade, presenting themselves to the public as a citizens’ movement. Their strategy has worked. Up until now, that is. Indeed, the four representatives elected in the 2004 municipal elections is proof of the party’s success.

Looking ahead to the next elections, the basis of their manifesto until now has been a campaign against the construction of a mosque of epic proportions – it is estimated that the dome will reach up to 37 metres in height and the minarets will rise up to 55 metres from ground level – a construction for which the Muslim community in Cologne has been appealing for some time now.

The Turkish islamic union in Cologne (DITIB), an organisation which has been uniting and coordinating the efforts of the various different Muslim associations in favour of the mosque’s construction, has masterfully dealt with the various attacks from the extreme right. DITIB unwaveringly defends the necessity of the construction of their meeting place of religious worship and continually avoids the political debate and media hype surrounding it. To this end, the head of communications for DITIB, Ayse Aydin, defines the mosque as ‘a place for prayer, gathering and communicating’, a project which her organisation is driving forward and will begin at the end of 2011.

Aydin avoids the polemic entirely, arguing that the decision to build the mosque should be excluded from the political arena. For her organisation, seeing the mosque built would be ‘finally meeting the needs of an entire community, it would be the realisation of the goal which we have spent so many years struggling to achieve.’ Whilst there are several mosques in Cologne, prayer usually takes place at personal homes due to a lack of a communal place of worship for the thousands of worshippers in the city, thus explaining the urgency needed in the mosque’s construction. 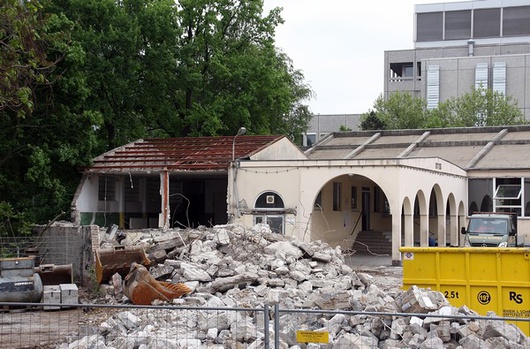 Manfred Rouhs and Bernad Schöppe, the founders and leaders of Pro Köln Markus Beisicht, appear and behave like politicians belonging to any other western political party. Suited and booted, impeccably groomed and smiles from ear to ear are their public face. However, this and politically democratic lingo mask the undertone of their manifestos and the true message they hold, that of encouraging hate against all that which isn’t ‘German’ and against anyone whose lifestyle does not fit into the categories which they have dubbed ‘proper’ and ‘acceptable’. Whilst the soldiers of Pro Köln don’t wear army boots, don’t have shaved heads and don’t wear fascist symbols, they continue the ideals of those who believe in national socialism.

In his novel Rechtsextremismus in Köln?! (‘Extreme Right-Wing Groups in Cologne?!’, 2008, editor NSDOK), the investigative journalist Ioannis Orfanidis illustrates the evolution and normalisation of extreme right-wing parties in the German city of Cologne. Orfanidis demonstrates how Pro Köln has softened their communications strategies, presenting them in a less aggressive manner, and thus managing, to a certain extent, to institutionalise extremism in the past few decades. Via these means, ultra-nationalists have been able to prevent their campaigns from leaving a negative impression by presenting the public with a more democratic image, which is more in line with the existing political situation.

Pro Köln has managed, to a certain extent, to institutionalise extremism in the past few decades

However, the core of their messages hasn’t changed. The pillars of the Pro Köln party’s belief system continue to be concepts which have no place in a democratic system of government. It remains to be seen if the structure of the group is able to circumnavigate constitutional prerequisites, something currently under the microscope; moreover, the possible unconstitutional nature of Pro Koln is being analysed by German courts in an attempt to clarify whether their policies overstep the parameters of freedom of expression. 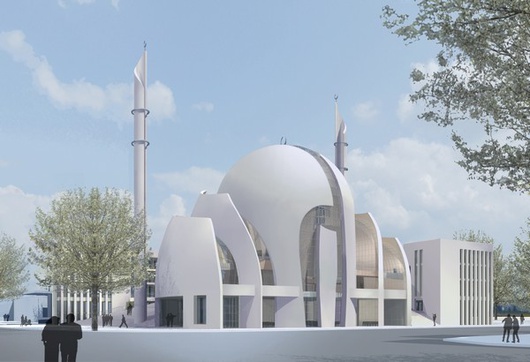 The Pro Köln party jumps on the anti-islamic bandwagon in order to gain greater representation. One of their most obvious campaigns was a ‘congress to combat islamisation’ in September 2008. This Pro Köln-organised event was attended by leaders of other far right wing groups such as the Austrian FPÖ (freedom party) and the Belgian Vlaams Belang (Flemish interest party). During the conference, extremist leaders walked through the city’s streets alongside the banks of the Rhine, brandishing placards which voiced their sentiments against the construction of the mosque. The inhabitants of Cologne proved to be reluctant to take part in such xenophobic activities. However, it will be the results of the elections on 30 August which will reveal if Cologne’s citizens truly want to rid their political arena of Pro Köln. Until now, there has been a general vibe has been one of rejection of groups of Pro Köln’s fibre.