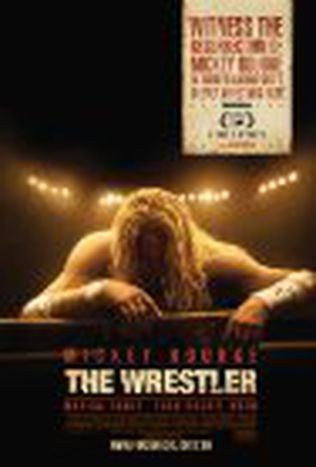 Inside Poff: The Wrestler *Review*

Our correspondent to Poff Film Festival, Piero Pelizzaro, went to see "The Wrestler"
A fattened Mickey Rourke plays the part of an old American wrestler and shows the easy decline of an idol of the children during the 80s exploring the harsh world of fiction and false glory that USA sports can offer.

What the director tries to show us is how, by becoming celebrities, many people forget about dreams and real life-values as love both for people and own body.

During the movie, in fact, the excessive use of anabolic steroids and drugs to inflate the muscles, leads our Wrestler to a heart attack that almost kills him. Once awakened, he discovers that his career is over and as he built everything around it, it means that also his life can be considered as over.

Then the story steers because thanks to a stripper, with whom there is a curious friendship, he understands that perhaps he should sew up the relationship with his daughter and, why not, even try to think about a future without Wrestling.

So the wrestler tries his massive change working as a butcher and meeting again his daughter.

Even the friendship with the stripper slowly develops turning into a love story but, an initial refusal keeps us away from the expected “happy ending and leads the “hero” into the dark side of drugs.. From here begins his end, forget for the umpteenth time an appointment with her daughter, loses his job and eventually even against nature decides to return to fight while knowing that it will be a suicide. Not even the interventions of the stripper succeed in stopping the fighter from our point publicly to the ring.

Interesting choice is the one to end the movie with the image of the famous move 'Flight of Angelo,' a flight of a strong man with a tender heart, but too soft heart