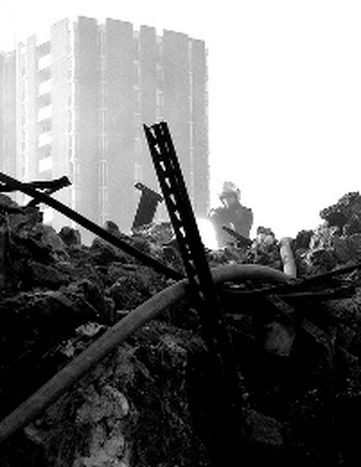 On October 27 2005, riots shook the French faith in their model of social integration after the death of two youths in the banlieues. Does the new museum of indigenous arts at Quai Branly reflect a new approach to their post-colonial present?

During the riots, Sarkozy threatened to deport all those who were arrested. The French deputy labour minister Gerard Larcher put the blame, ridiculously, on polygamous families. While Hélène Carrère d'Encausse, permanent secretary of the Académie Française, suggested that the riots were caused by people from African villages who were behaving in France just like they did at home. The message remains the same: you are not from here - shape up, or we will send you back.

Underneath the racism of these statements is an idea of what it is to be French. While England and America have been promoting minority politics, with distinctly mixed results, you will not find any mention of the rights of French Africans. Instead, you will find references to the rights of the French. It is an intoxicating ideal: absolute universal citizenship. The problem arises when this model is embraced by a society which displays institutionalized racism and excludes a sector of the population. In such a system, there are no minority positions from which to campaign for your proper place.

For the French philosopher Jacques Rancière, politics begins when the excluded demand inclusion in the polis. However, they do not demand their slice of the cake - they do not ask for a share in the existing public sphere, rather, they rise up and demand the reorganisation of the polis. In the French revolution, the revolutionaries did not rise up and demand to be members of the aristocracy. Instead, they decided that they (a particular group in society), would stand up and speak for the whole society. Last November, the banlieues did not demand for a greater share of society. Instead, they destroyed their own cars, their own schools - they engaged in a self-destructive dramaturgy which showed their exclusion, and demanded a renegotiation of society in general. Such a shift will require a change in France's self-image. One of the best places to look for such a change is in the new Musée Quai Branly - the repository for objects which hold the memory of France's colonial past. 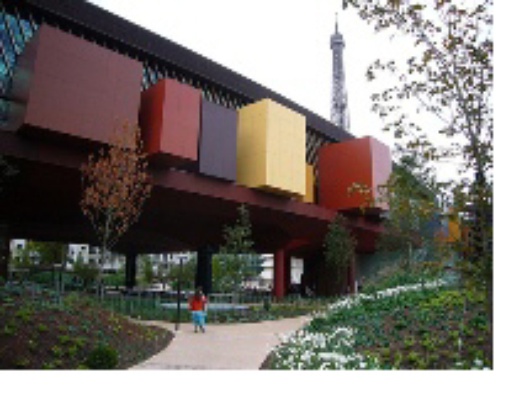 Museums house objects. Which is to say, they live there. Objects that had a previous life, that encapsulate memory. The museum faces an important task: how can it bring these objects to life? This afterlife is made through arrangements, classifications and comparisons. What to put next to what, with what information. Museums give a version of history; they offer an insight into the way the past is interpreted by the present.

Entering the museum, one confronts France’s understanding of its own colonial past, and its post-colonial present. As you walk past, a large glass wall separates the buzz of the outside world from the museum. Through it one peers at a veritable jungle, an African Disneyland. To get to the central collection I have to ascend a long stairway. On the way, I glimpse a fragment of the museum's history. A glass tower filled with the objects that are not on display. Musical instruments are piled into glass cases like medical specimens. The bones of history.

In this tower you see what museums were: the scientific quantification of other cultures, objects formed into patterns. Facing this exposed piece of the museum's past is the museum's present. A series of large video screens showing a series of exotic landscapes and smiling brown faces. Museum MTV. On the screens, these people without objects illustrate a smiley multiculturalism devoid of content. We, the video seems to say, all live in the same world, the world of images and appearances. And on the other side, stacked up like preserved cadavers, objects without people. 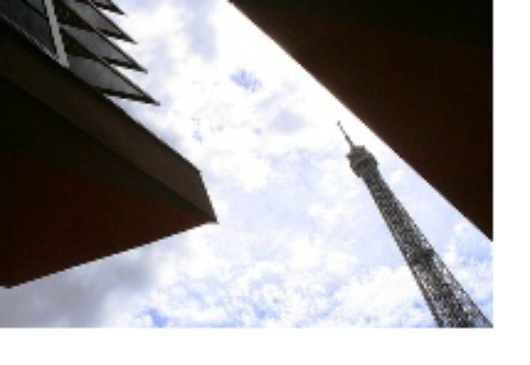 If the predecessor to the Musée Quai Branly, the Musée de l'homme, was designed to exhibit the diversity of human nature (in a colonial setting), The Musée Quai Branly is Duchamp in the age of minority politics. Everything stands separated - the interconnections between cultures are never shown. Jean Nouvel, the museum's architect, says he wanted to create a museum "free of all western forms". So gone are the banisters, railings and stairs. Instead, everything is dark. As you follow the brown central path, what Nouvel calls "the snake", little light bathes this strange theme park. Masks from West African secret societies are presented behind a wall display made to look like a tree trunk, as if to evoke the forests in which the masks were used. It doesn't - it only makes them seem further away

If French culture is not on display, it is the only one culture that makes its presence felt everywhere. This much is suggested by a poster for the museum. It shows a statue from the Pacific Islands placed in the centre of Place de la Concorde, with the catchline, les cultures sont faites pour dialoguer. Cultures are made for dialogue - but on our terms. Your objects, our construction of meaning.

There is no history in the Musée Quai Branly. It suggests that the rest of the world exists as a series of exotic objects to be admired, or as a series of photogenic faces adorning video walls. Objects without people, easy to admire. People without objects, easy to assimilate.

This is not to say that the museum should simply be a condemnation of colonialism (though a single mention would be nice). A good museum should question the set meanings we attach to objects - it should make the public question the object as a work of art, and as a functional object, and ultimately, it should cast doubt on the object as museum piece. Ultimately, the museum must display the history of the object.

Sarkozy marches into the banlieues with promises of restoring law and order. Angry faces stare out at us from French televisions. Initiation masks stare back from fake forests. Cars explode and little shrunken heads emerge out of the half-light. All of these things are French, none of them are presented this way. The Musée Quai Branly stands testament to the gulf in French society between the reality of our interconnection and our perceptions of the ‘Other’ who is actually our neighbour. 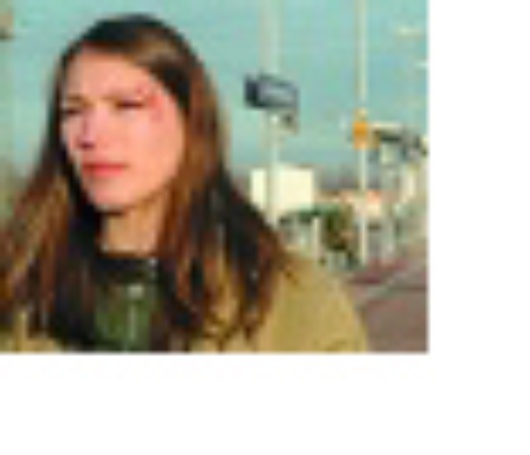 New trend in the european cinema : girl's bands in the suburbs. Read here for more infos.