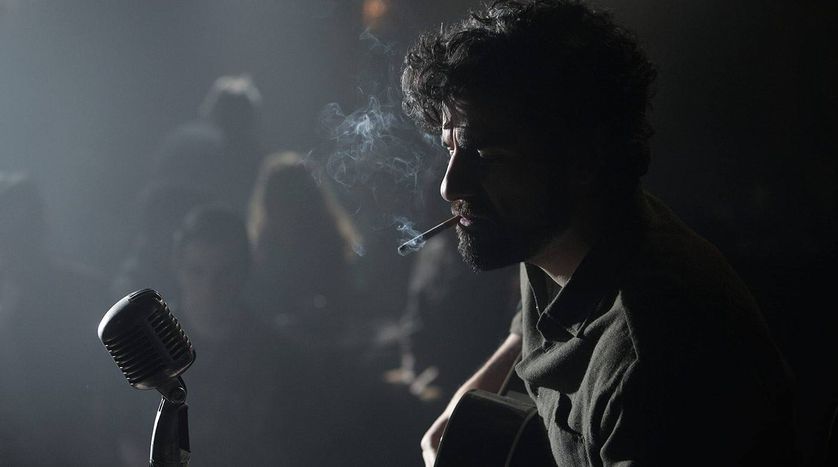 Inside Llewyn Davis  : that’s all folk

The new Coen brothers film is not a biopic about a failed folk musician who spent the early sixties slogging away in New York's bohemian Greenwich Village. It's a story that could not and would not have happened without the guiding, driving force of folk music

This troubling tale is framed against a carefully constructed historical backdrop. Omnipresent allusions root it in context, and, frankly speaking, the Coen Brothers could not have picked a more perfect scenario for this idealist fable, for this tale of imprisonment, for this quest for the absolute… and whatever else it might be. I'm not a film critic, alright, I'm a musician! But their story is about music, and in travelling through the theatre of folk, the film-makers put their finger on the duality endemic to this genre, capable of the heaviest of burdens (in its ancient, rustic simplicity) as well as the most beautiful moments of magic.

It's no laughing matter

So how do they describe the sixties folk scene, which saw the emergence of (among others) Bob Dylan? Well, it's depicted as a dingy place, underground, guarded by an amoral Cerberus; intimate, silent, meditative, almost suffocating, cloistered, confining itself to the privileged few who all seem to be from the same family.  'Snobs,' as Dylan said in his memoirs.  Uptight, almost fundamentalist.  Dare to shout out at a concert, and you'll get battered at the end.  Llewyn, the hero of the film, suffers the consequences.  It's not something to laugh about.

And on stage? It's hardly better.  A freak show highlighting the provincial redneck origins of modern America, of avant-gardist New York: Irish brothers in Aran jumpers, 'farm-girl' grannies, smooth-cheeked youths, the saccharine songs of the boy scouts.  Unlike the other, much more rounded characters Llewyn comes across on his travels, whether it's the stoned giant of a jazzman (played by John Goodman) or the mysterious, tough-looking rocker...

And the songs?  Old minstrel tunes, from England, Scotland and Ireland, plucked from history, dusted down and played simply, with the same few chords ... goddamn sexy. As for the music business, no surprises there... it's unfeeling, insensitive, and hypocritical.  Unsold records, maxed-out accounts – spare change, please?  The only possible salvation for a 'traditional' musician, if he wants a career, that is, is to sell out.  'Shave off your beard, sing the chorus, but stay in the shadows,' someone tells him - a manager for proto-pop's endless stream of mindless one-hit wonders.  We also meet another well-known character from the musical world, the jack-of-all-trades, played by Justin Timberlake, more Pop Idol (ahead of his time, here) than ever before.

Our folk friends are neat and very naive, living in an inflexible world, singing of a long-lost universe, a world of fables and archetypes, of tales as old as time.  'Never new, never gets old... it's a folk song.' An excellent backdrop for a 'quest'!

The brand new Odysseus of this brand new episode in Coenesque mythology is folk singer Llewyn (Oscar Isaac), who constantly smashes into the barriers of exclusivity and thus embodies, at least in my mind, the flip side of folk.  Because as well as rubbing this tiny world up the wrong way, he also comes up against his own limitations.  So that's what it's like 'inside' Llewyn Davis - not the sickly-sweet unoriginality of other folk musicians, but a musician in tune with the world.

Of course, the journey across the valley of shadows that is the modern world, insensitive to beauty, will be complicated.  Flat?  Nope.  Girlfriend?  Depends.  Car?  Someone else's. Snow?  Didn't expect that.  A cat?  Yes, but he often gets lost.  Hardly mature stuff.  And some people call that being down on your luck. What imbeciles.

But it's very clear that in the film, Joel and Ethan Coen's protagonist doesn't want to 'exist', but to live.  It comes at the cost of his comfort, his friends, his family, all those well-intentioned people who try to talk him out of it, to make him sit down and sing his folk song, like a trained monkey, for false acclaim from critics and profiteers.  But that's not what folk is.  Or not his, anyway, not the good kind, which comes from your gut.  Llewyn wants to feel himself live, move, boil.  Even if he’d rather just leg it when things fall apart. Anything but the superificial stupor that is modern life.  'Fare thee well', goes the last song of the film.

But once the song's over, it's still the same story, the same song: a musician against his music, the idealist against reality.  Three-chord songs which, depending on who plays them, can sound like déjà vu, or like elegance personified.

Redeye is a Franco-American folk musician whose last album, 'End of the Season', is still available in record shops.

Translated from Inside Llewyn Davis  : that’s all folk