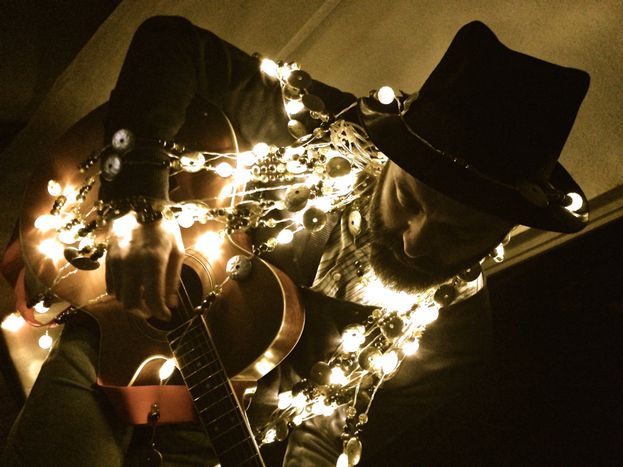 "One man, one guitar." This is often how the music of Fraser Anderson is presented, in accordance with the purest definition of folk.

There is obviously much more behind this Scottish artist who, while finally releasing his third album, just said a final goodbye to two decades down and out. A tale of a life lived between Scotland and a small village in Ariège in the south of France.

A man walks in the cold, holding his collar closed, trudging forward in the snow. Charged like a mule, he enters, guitar in hand, into the stage of an empty theatre. Onstage, he mechanically plucks at chords and belts out the lyrics of a sad song. Then, the man goes to the loo with a blank look, before stopping in front of a message scratched onto one of the walls. It's graffiti that reads, "What are you doing?"

"One hell of a legend"

This story isn't that of Fraser Anderson. It's that of Llewyn Davis. However, the screenplay, written by Joel and Ethan Coen for their latest film, is reminiscent of Anderson's life. First, the music. Beautiful, simple, direct, almost automatic. Then the bad luck: the wandering, the cold, the empty rooms and being flat broke. When meeting the Scottish singer, he doesn't have the characteristics of one who has just crossed a desert. He's a rather solid-looking man, artsy, dressed in an elegant suit jacket. He's trimmed his beard but unbuttoned his shirt to better fit the nickname "hairy angel" that some British critics were quick to give him. He orders a half-pint of wheat beer, asks for a slice of lemon inside, and sets it down delicately. The only hint to Fraser Anderson's tough life is the L'Imprévu (i.e. The Unforseen) bar where he met me, wedged between the little streets around the Pompidou Centre.

If Fraser feels good in his suede shoe-wearing skin, it's because it's a novel thing. After 20 years of musical tribulations, the artist just signed onto a label, a real one. Before, he did it all on his own, not very fast, nor very well. Today, he's releasing his third album, Little Glass Box, as part of a band. And it's obviously a little more pleasant. "You don't know how relieved I am," he says, miming a gesture of appeasement. This album was already released by Anderson in 2010 without distribution. "I sold about thirty after concerts, out of the boot of my car." These days, that's the least of troubles for artists. At least there's something to sell. "I produced my album thanks to the money from a small community of the little village where I lived in France, Mirepoix (in Ariège, Ed.)." Old-school crowdfunding allowed Fraser to record in the Languedoc. But the money mostly went towards making the album that Fraser wanted, extremely well orchestrated by musicians he'd always dreamed of working with. But his dream is paid in cash, and the money eventually ran out.

Little Glass Box tells the story of a man, incapable of living his dreams, who, one day, decides to write them down and put them into a glass box in order to give himself the motivation to make them come true. It's more or less what this songwriter decided to do one night. Passably drunk, he finally dared to write to Danny Thompson - the bassist of Nick Drake, John Martyn, Kate Bush - with one line of text: "Do you wanna work with me?" The next morning, the reply is as short, "Let's do it!" Fraser thinks he's hallucinating but quickly decides to make his childhood dream reality. A few months later, he ends up in London with his idol. "During the first take, when he started playing behind me, I cried. For me, this bloke worked with the biggest people. He's one hell of a legend."

Down and out in Mirepoix 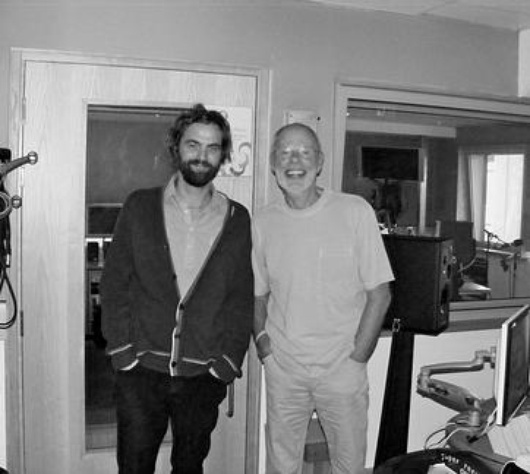 During his career, Fraser Anderson worked alongside some big names. Dougie MacLean, the big star of Scottish pop. Chuck Berry, who he toured with but never had a chance to chat with. But the story of the Edinburgh native follows invariably that of so many musicians who were scorched by folk. These artists had souls that were quickly darkened, often very lonely, with as their only means of expression a guitar and their voice. The real artistic life of Anderson started after his first sacrifice. Freshly graduated from a music academy in Scotland, his wife offered to sell their house to record his first album. "She really believed in my music. Since then, we divorced, I think she got fed up," he explains with a self-deprecating chuckle. Not right away, since after his first commercial failure, she continued to press her husband to try his luck abroad. "We unfolded a map on the floor and we put a finger on it with our eyes closed." Chance didn't send them very far: Bordeaux. But the couple, who has already had two children, quickly settled into a remote village in Ariège, Mirepoix, for a festival. And they stayed there.

"I don't want to speak badly of that place. I stayed there 6 years, I love the region, I love Carcassonne, I love Toulouse. But I don't think I ever felt at home over there." The decision to stay in Mirepoix didn't only follow artistic inspiration. The Andersons wanted their children to be bilingual. Fraser himself didn't speak much French and today only retains a few uncomfortable scraps. He worked for English masons and left at night to compose in isolation. "Life was hard. It was very cold in winter and we didn't have heating in our home. At the time I was obsessed with the worry of feeding my family," he confides. Shortly after his arrival in the south of France, something would break his heart. One spring day, after coming back from a short musical tour, he sees his two children on the far side of the garden, behind a table, selling prunes to fill their empty cupboards. "It's a terrible memory for a father," he says, looking away. "But I hope it taught them something."

In spite of all this, Fraser never thought of abandoning his musical pursuits. As often happens in these kinds of stories, his tenacity and conviction were what would save him from poverty. It started with an idea: having concerts at his home. "I asked city hall to lend me some chairs. We arranged the house to make it look nice. And people started to roll in. After a month, it was sold out every night," explains the survivor. The people of Ariège appreciated it and started to help the expat, by giving him the money to record his songs. The rest is history. 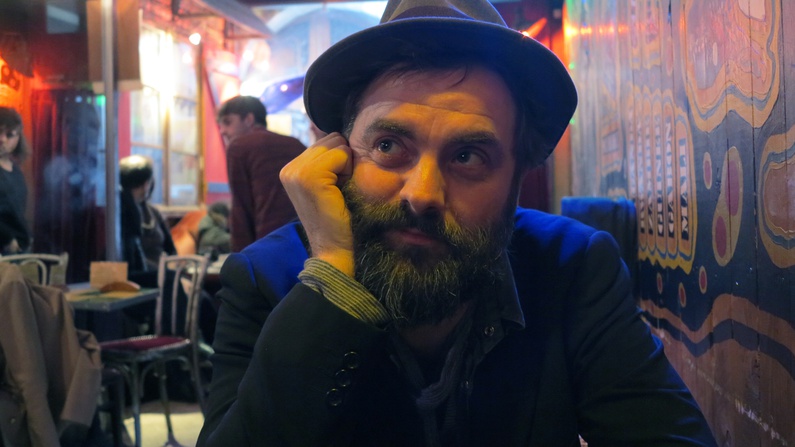 Today, Fraser uses his hands only for music. Based in Bristol, he now has acquired an entourage that "takes care of the details." When I ask him about his 20-year-long painful career, and his commercial absence, he smiles and answers wisely, "My music is conceived like an internal fire, something that's burning. The pieces I write are intimately linked to sensations that I can't describe. So about the commercial side of things..."

Folk music is full of these kinds of testimonies of artists who aren't sure where their songs come from and the feelings that they invoke. In his latest album's eponymous song, Fraser constantly wonders who he is. And on one hand, it's for the better. It would be too easy if Fraser Anderson's life were the same as Llewyn Davis'. When I ask him whether he's compared himself to the Coen brothers' character, he looks me furtively in the eyes, with a grin like that of a mischievous child, and answers: "No, never, I hate cats."

Translated from Inside Fraser Anderson