It is not easy to evaluate whether the Prodi Commission has been successful or not. Especially if you come from one of the states which only joined the Union a few weeks ago. 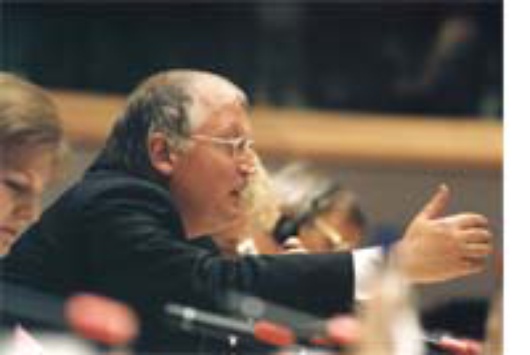 On the one hand, the 2004 enlargement was the Union’s biggest achievement of between 1999 and 2004. Yet, on the other hand, the Commission lacked leadership and vision. Moreover, even enlargement itself has not proved to be entirely successful.

First of all, let’s look at the timing. Central European states began reform in 1989. They had to wait 15 years to join the Union. Greece waited 7 years after the beginning of the democratisation process before it joined the Communities in 1981. Spain and Portugal waited 12 years. Thus, Central European countries had to wait longer than all other earlier enlargement candidates.

Secondly, was the “big bang” a correct strategy? Was taking 10 states onboard altogether a sensible thing to do? Only time will tell, but some doubts remain. The Union has no tradition of “big bangs”. All the stages in both EU processes, deepening and widening, were done step by step. In 1973 the Union enlarged by 3 countries. In 1981 only one state joined. In 1986 two more. In 1995 three more. And in 2004? Ten.

The Union of 15 was not institutionally ready for the accession of 10 new states. The Treaty of Nice was, as it is often thought, an unfortunate but necessary “mistake”, which allowed for enlargement to take place. Yet, since it was unfortunate, talks on a new treaty began almost immediately after the signing of the ‘not Nice’ Treaty. The result? Chaos, endless political debate, a cacophony of mutual misunderstandings and limited chances for the Constitution.

The 2004 enlargement has also been the cheapest one in history. The new countries pay their full contribution to the EU budget from day one, whereas London keeps its British rebate. When enlargement to Southern Europe occurred in the 1980s neither Spain, Portugal nor Greece paid a 100% contribution to the EEC budget in their first year of membership. Is this fair? The Union, including the Commission, has failed to substantially reform the Common Agriculture Policy. According to the Accession Treaties signed last year, in 2004 farmers from the eight Central European countries will only receive 25% of the subsidies Western European farmers get from the EU budget. The level between the Eastern and the Western farmers’ subsidies will only even out over the next decade. Is this really fair competition?

Finally, the Commission has done little to convince “old” European societies that enlargement is important and profitable for all states. As a result, the people voiced concerns and politicians imposed populist and restrictive measures across the continent. People in ‘old Europe’ do not know anything about enlargement.

So, should the Prodi Commission be regarded as successful?

How many of the above shortcomings over enlargement are the Commission’s fault? At least part of the responsibility lies with the Commission’s President and a lack of European leadership. There is little vision coming from Brussels on what Europe should look like.

Yet, when all is said and done, enlargement did happen. And this has been the Prodi Commission’s biggest contribution to Europe.