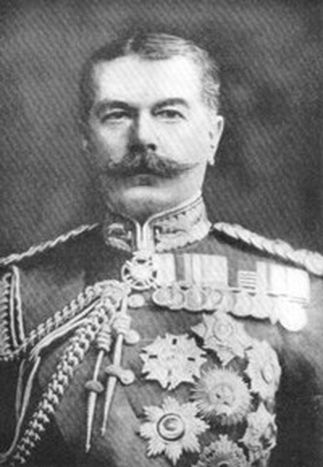 Poverty and injustice, the product of over 500 years of Western colonial politics, are the fertile soil in which terrorism grows. Decisions about development aid at the G8 summit are by no means enough. A new beginning is what international relations need.

On 2 September 1898, British colonial troops, led by General Kitchner, crushed the local Muslim forces in the Battle of Omdurman. 50,000 warriors armed with machetes and spears found themselves facing 8,000 colonial soldiers equipped with machine guns and modern artillery. It was “the most signal triumph ever gained by the arms of science over barbarians. Within the space of five hours the strongest and best-armed savage army yet arrayed against a modern European Power had been destroyed and dispersed”, wrote a young Winston Churchill about the battle, in which10,000 Sudanese died under the hail of British bullets and only 48 Brits lost their lives.

From Caesar to Bush

Today London laments its victims of the terror attacks of 7 July. At the same time, the families of the 25,000 to 100,000 civilian casualties of the war in Iraq and ensuing occupation lament theirs. Neither tragedy is any less grave than the other. But so as to understand the logic of the terrorists and to get to the root cause of terrorism, the developments and hallmarks of today's power structures which the terrorists oppose must be analysed. The "western model", which once again feels under attack, has been aggressively expanding all over the world for more than 500 years. To begin with the West used force to accomplish its political aims. Nowadays it achieves these through the use of economic and institutional pressure, although superior military technology is a favourite back-up plan, as in the case of Iraq. The balance of the world economy, the international political community and the dominant media are all "western". A gigantic solidarity machine is set in motion for every kidnapped European in Iraq, whilst non-western victims are left to fend for themselves - unless they happen to be the translator of the French hostage, Florence Aubenas.

The ignorance surrounding the suffering and worries of non-westerners, of the AIDS epidemic and the bloody conflict in the Congo, about Europe’s support for dictators when convenient and its refusal to provide shelter to refugees, all lead to a collective and cumulative feeling of worthlessness among the marginalised. Divide and conquer - the western approach to power since the times of Julius Caesar - has thus far hindered the establishment of a notable degree of solidarity among the repressed. Radical groups have for the first time been able to capitalise on these feelings on a global level within the coherent and international system of the Islamic religion. The people who attach themselves to Al Qaeda or other groups sympathetic to their cause hope to regain their honour and feeling of self-worth, even if they must kill for this. After all, the others kill too. Bin Laden is celebrated as a hero in many parts of the world – and not just in Islamic parts. He embodies the resistance to the system which secures power and influence for a very small part of mankind - the so-called West.

Contrary to what the men gathered at Gleneagles would like to have us believe, this confrontation does not stem from disagreements about values such as human rights, freedom or democracy. This confrontation is about power. In the aftermath of the attacks on London, George Bush declared that the contrast between those who try to protect human rights and freedom and those who kill and are bad at heart could not be greater. But following Hiroshima, Vietnam, Guantanamo and Abu Ghraib, we have learnt that the categories of good and evil are entirely relative. The fact is that only a new beginning in the field of international relations can dry out the mire which is the fertile soil of terrorism. Tony Blair's initiative to increase development aid spending by 50 billion each year until 2010, as approved at Gleneagles, may be a start but is by no means enough. The very nature of the G8 summit, at which the most powerful men in the world hide behind barbed wire to decide the fate of millions, is a further perpetuation of injustice. And whilst those pulling the strings remain detached from events and above criticism, innocent civilians will continue to be the victims. In London just as in Iraq.