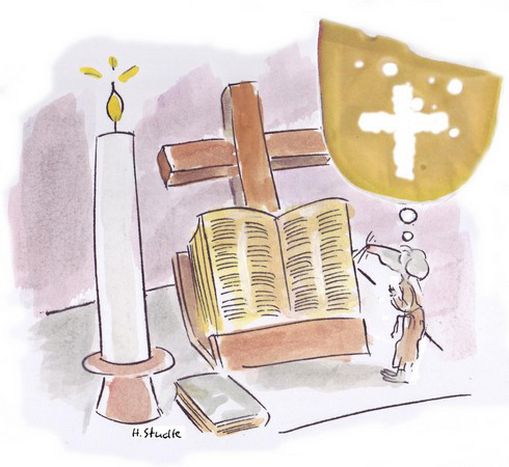 In the economic crisis, why do Italians say they are 'in the green' when Brits are 'in the red?' Tour of European expressions for all those broke joes out there

As the European commission publishes their economic forecasts for the forthcoming semester from 20 April, we look to struggling young Europeans surrounded by unpaid internships, rising prices, precarity and a fall in purchasing power. Italian jobbers might say they are in the green (essere al verde), whilst Brits in debt would say they are in the red. The French who ne pas avoir un rond (‘don’t have a coin’, penniless), exclaim that they are fauché (scythed), whilst frugal Brits, Italian and Germans often find themselves tightening their belts (tirare la chinghia, den Gürtel enger schnallen).

The Germans oft describe being broke as being in a Ebbe im Portemonnaie (wallet ebb) or am Hungertuch nagt (gnawing at the hunger blanket). More hilariously, broke Spaniards compare themselves to dried up tuna loins - tieso como la mojama - (as stiff as tuna loins), with the word ‘mojama’ coming from the Arab musama, meaning dry. The Brits continue the food connotation, complaining that they don’t have a bean to rub together.

Polish (biedny jak mysz kocielna) and German (arm wie die Kirchenmäuse) expressions are similar to the English one, to be as poor as a church mouse, after mice who would scuffle in and out of empty pantries would end up dying in churches. Even the French use religious connotations to say that they are pauvre comme Job (as poor as Job).

English: 'poor as a church mouse'

'not have a bean to rub together'