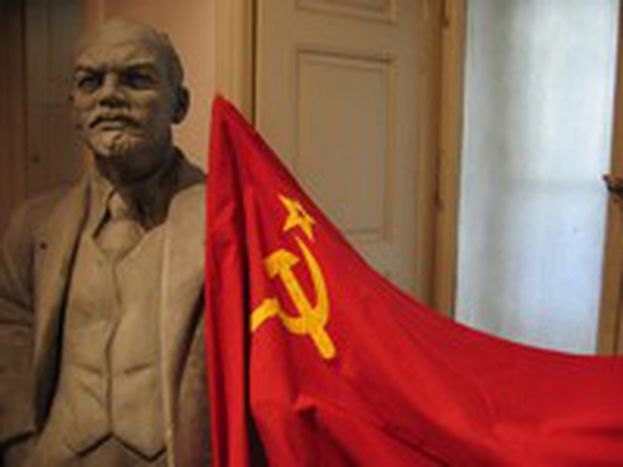 In the East, the end of the illusion

Since their entry into the EU in May 2004, the new member states have not been in high spirits. Torn between pressure from conservative parties and nostalgia for communism, the European dream now seems to be a thing of the past

Jacques Rupnik, the Director of Research at the Centre for International Studies in Paris and a specialist on Central Europe, qualifies the outcome of Europe’s enlargement in 2004 as “the morning after the night before.” Indeed, two years down the line, Eastern Europe’s economic boom has come at a high price for society, with increased rents and transport costs, the dismantling of the health service, rising unemployment rates (20% in Poland), job insecurity, rising inequality and black-market employment. The transition to a free market economy has been anything but painless.

It is easy to understand those who claim that they were ‘better off before.’ “Why do I miss the communist era? Because education was free, work was guaranteed and we weren’t treated like slaves by our employers,” says 50-year-old Ursula from Poland. Rupnik confirms that “without a doubt, there are feelings of nostalgia for the pre-1989 regime – over 20% of Czechs state that they would vote for the Communist Party. However, this is confined to the older generation, who receive small pensions, and to sectors such as the mining industry, which are the most affected by the shock of the transition.” The Polish historian Marcin Kula entertains a more pessimistic vision: “People are disappointed in Europe and see their pre-1989 lives through rose-tinted glasses.”

As far as the political leaders are concerned, the issue of disillusionment deserves to be queried. “Euroscepticism has spread amongst the political elites,” states Georges Mink, the Director of Research at the National Centre for Scientific Research (CNRS) in France, and specialist in Central and Eastern European countries. “Indeed, joining Europe was made possible because people understood that Brussels would provide an initial helping hand with infrastructure, road networks and grants for agriculture.” Rupnik agrees with this point of view, and talks of a phase of decompression – “after ten years of enormous pressure trying to enter the EU, they have now achieved their goal. After finally having got to the end, there is a sense of emptiness towards the project – this explains the current rejection of the EU.”

Jean-Denis Mouton, the Director of the European University Centre (CEU) in Nancy, France, analyses this sense of mistrust as a “period of realism regarding the EU, which has come to replace the myths surrounding entry.” He prefers to stay relative about this negative tendency: “once they come into power, the leaders that are supposed to be Eurosceptic moderate their arguments considerably because of the social and economic interdependence with Brussels.” Furthermore, the arrival of the highly conservative Lech Kaczynski in Poland and the high turnout for the ODS, the right-wing Czech party, are also attributable to internal factors such as the gradual decline in the credibility of the traditional parties.

Beyond a certain political dissatisfaction in the new member states, the entrance of the Eastern countries into the EU has produced an unfavourable political climate. For if the process of expansion has up to this point unfolded remarkably well given “the scale of the project” according to the Commissioner for Enlargement, Olli Rehn, the problems we are now facing do not bode well for future expansion.

The financial aids granted at the time of these countries’ entry were not as high as anticipated, and were lower than those allocated to Spain and Portugal when they joined the EU in 1986. Polish farmers receive just 25% of the financial support that French farmers do. However, Rupnik states that “the financial provision granted to these countries is significant if we consider the resources of these ten newer countries, which only represent 5% of Europe’s GNP.”

The recent equivocation regarding the budget of 2007-2013 has nevertheless given weight to the notion that “the much-anticipated generosity from the member states never came about, and the people of Eastern Europe are still thought of as second class citizens.” According to a recent survey, one third of Latvians still have a negative opinion of the EU. The recent controversy in France regarding the invasion of “Polish plumbers” has greatly worsened this feeling of rejection. At the moment, the issue that is reinforcing these concerns is the limitations on the freedom of the circulation of labour. “Freedom of movement is the first symbol of post-communism. Why are we ostracising the East?” wonders Rupnik. “Money moves around freely, and Western supermarkets are polluting Eastern towns and suburbs, but their residents are still victims of discriminatory measures.” Only one thing seems certain – seven months before the expected entry of Bulgaria and Romania to the EU, this climate of disillusion is not helping the European spirit.