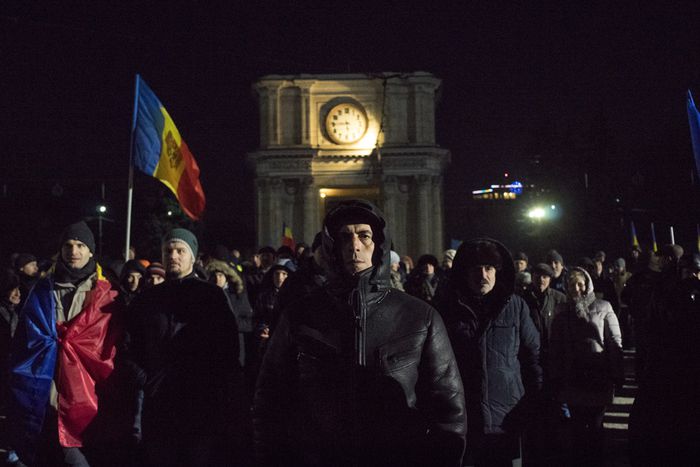 In pictures: Moldovan opposition out on the streets (again)

Since November 2014, Moldova has seen a series of protests larger than the country has experienced since the 90s. Ongoing manifestations in the former Soviet republic pit both the pro-EU and pro-Russian oppositions against the political, oligarchic establishment holding power. The most recent wave of protests against Pavel Filip's new government are the third in less than a year.

Protesters are back on the streets in Moldova. In the main square of the country's capital, Chisinau, people gather together, resisting freezing temperatures of -10 degrees or more, to listen to opposition leaders announce their given deadline for the freshly elected government of Pavel Filip to resign from power and call new elections. An ultimatum was set for yesterday evening, but was ultimately not taken into consideration. It seems Moldovan protesters are in for another round. 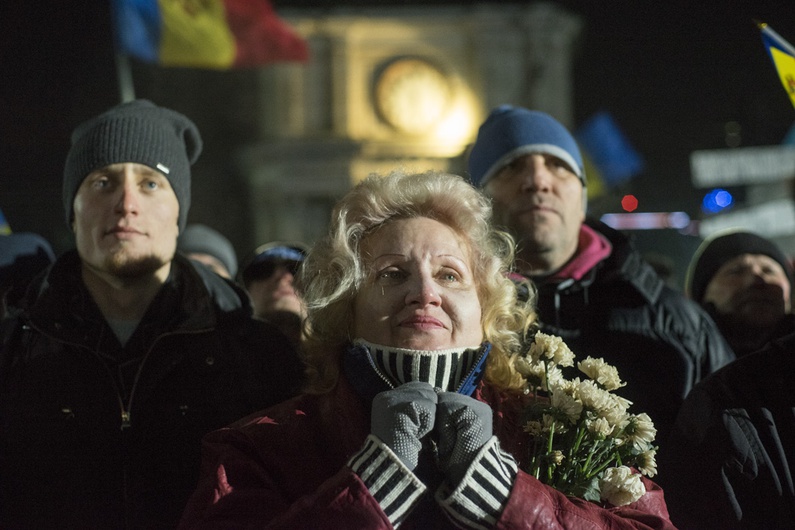 Last Sunday, an estimated 20,000 Moldovans took to the streets. After walking from the main square through the neighbourhood of Buiucani, the crowd blocked one of the main access roads into the city of Chisinau. Authorities are checking the legal ramifications of the protest as organisers had not received authorisation for the march, or the disruption of traffic. 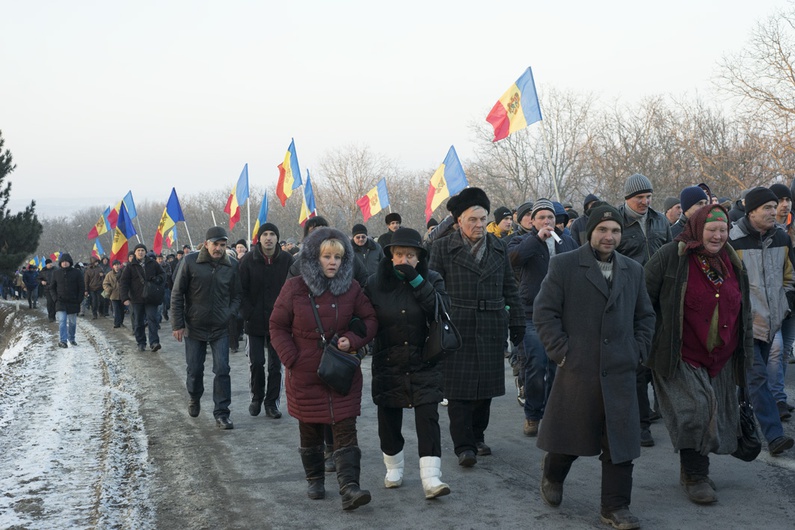 Traffic was stopped for a long time as the crowd walked from the main square through the areas of Buiucani and Sculeanca and back again, calling to people watching at the windows to join them, screaming: "Do not stay home!" 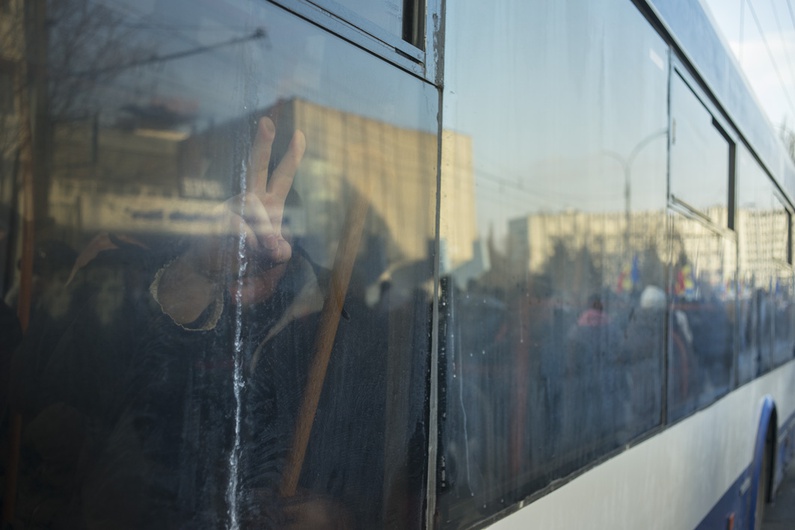 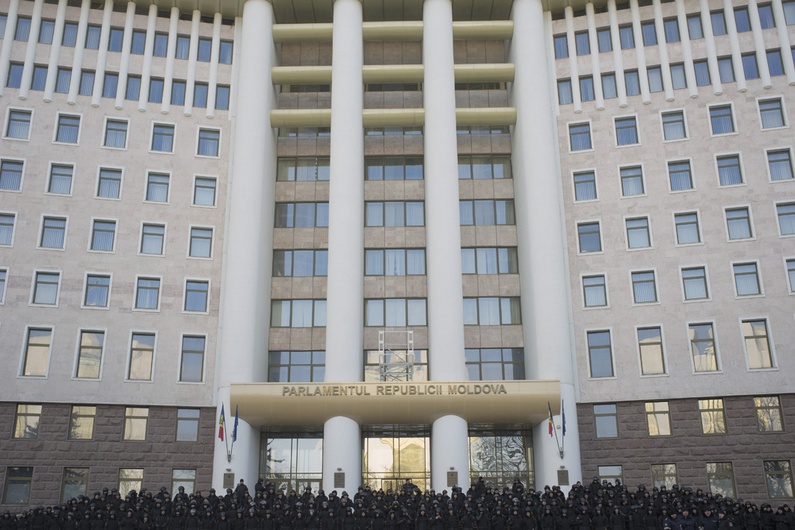 In January, the organisers of two tent cities joined forces. For the occaision of a big protest on Sunday the 24th of January, a large stage and screen were moved from the camp near Parliament to the one in the Piata Marii Adunari Nationale main square.

The leaders of both protest movements are awaited on the main stage for the start of the day. It hosts both Andrei Năstase, leader of the Civic Platform "Demnitate și Adevăr" (Dignity and Justice) and Igor Dodon, leader of the Socialist Party (PSRM), as well as Renato Usatîi, the leader of "Our Party" - a strange coalition for the occasion. 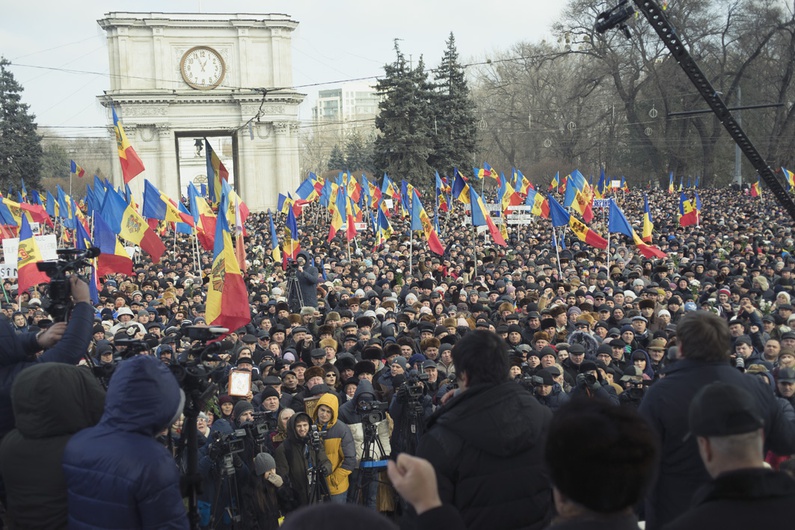 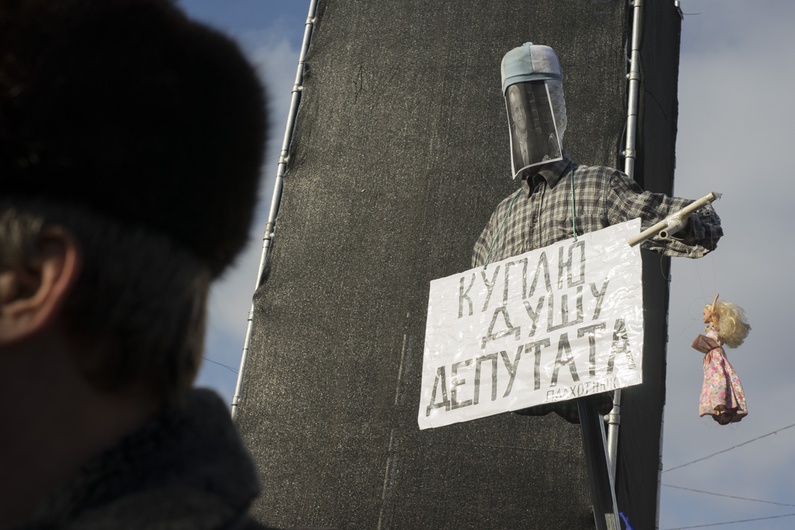 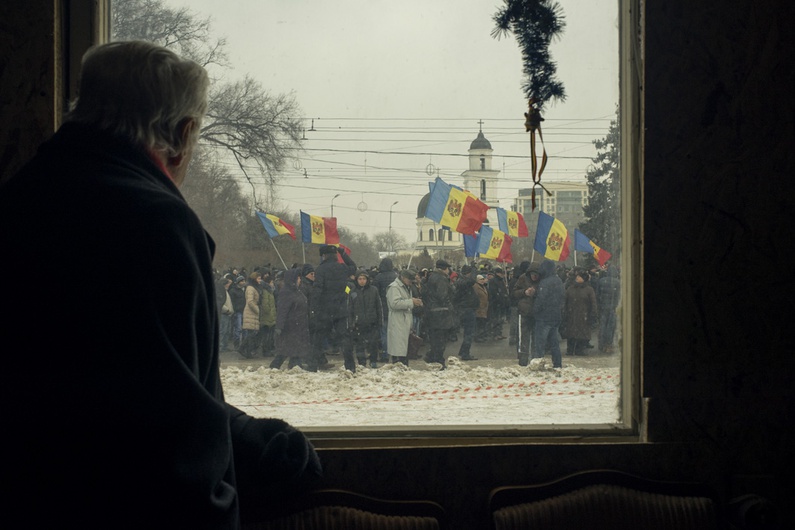 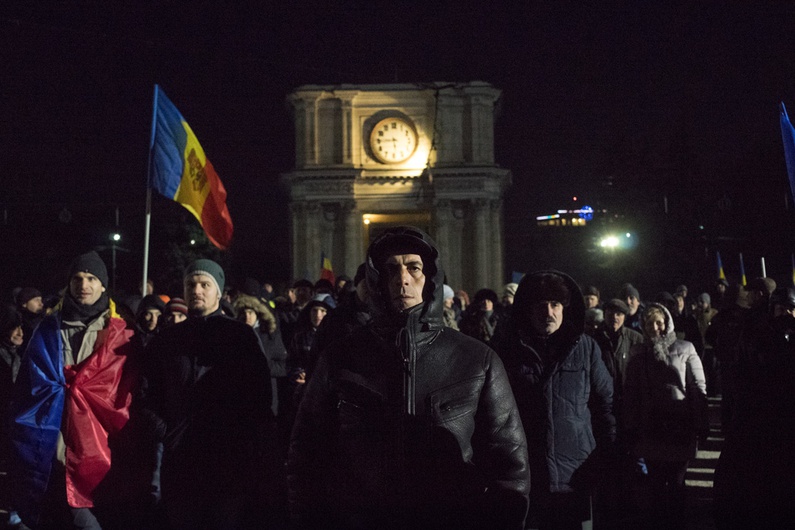 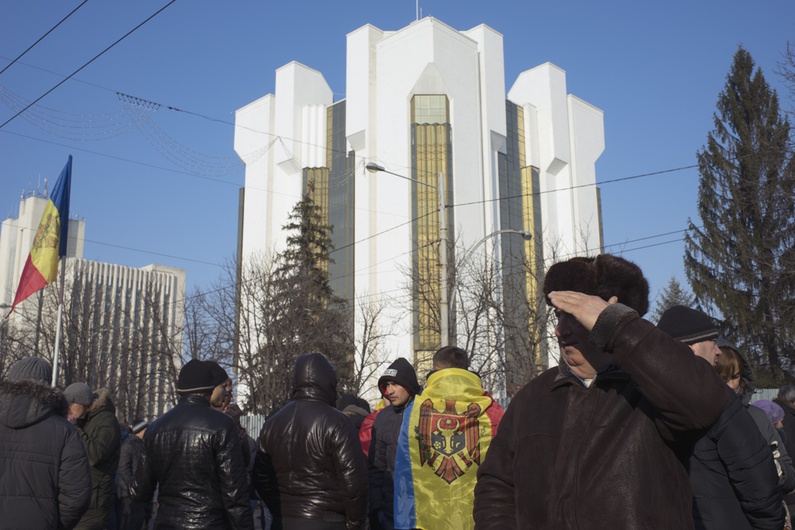 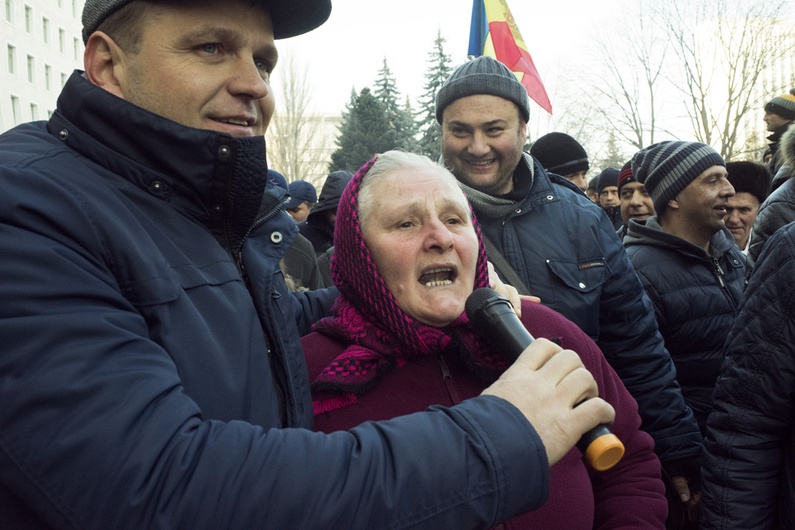 After some protesters attacked the back entrance of the Parliament building, fires are lit to warm up the crowd gathered in front the "Victory'" tent camp. Socialists and members of "Nasha Partiya" (Our Party) have survived the hard winter in heated tents and huts made of polystyrene shells. 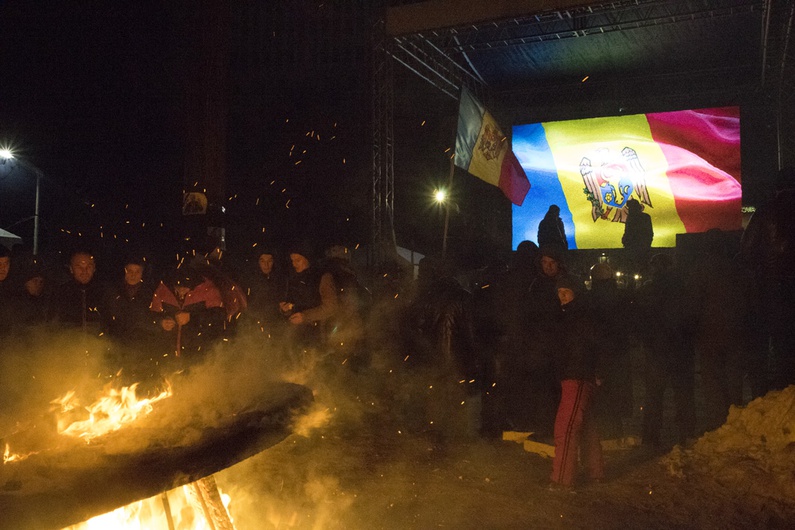 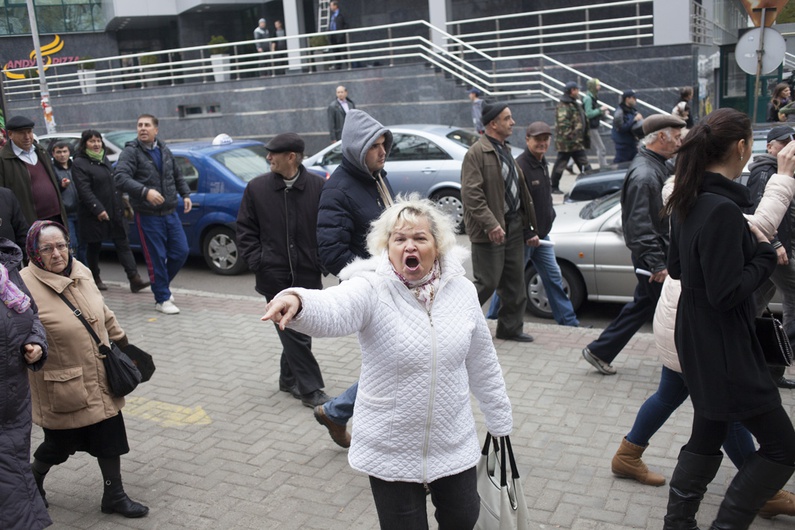 The number of tents has been steadily increasing since the major protest on the 6th of September 2015. People wake up in the main square and gather to chat and have breakfast. Many donations have been sent from all over the country as well as from abroad, including food to money. 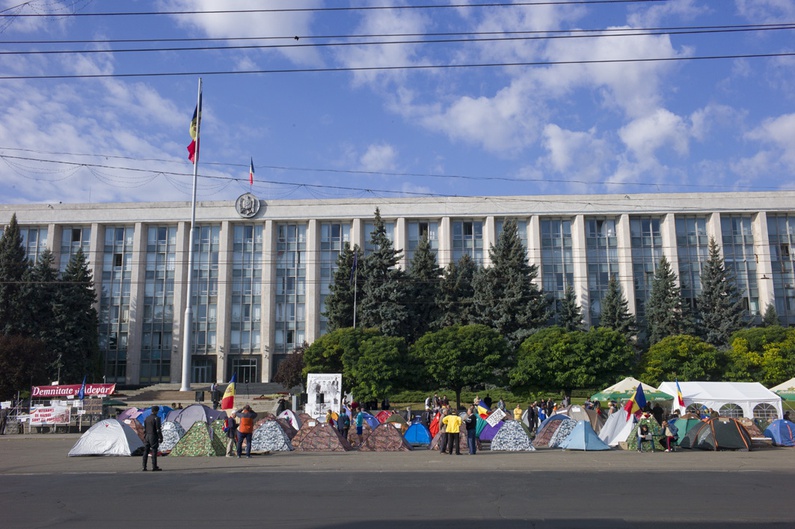 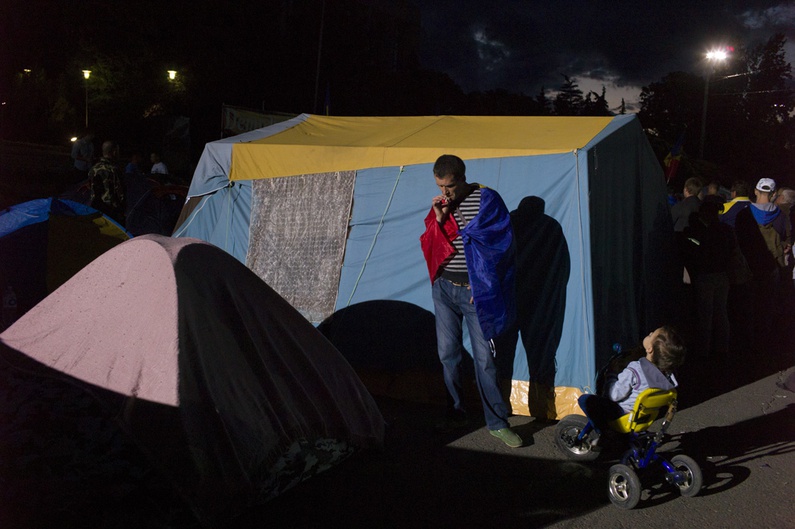 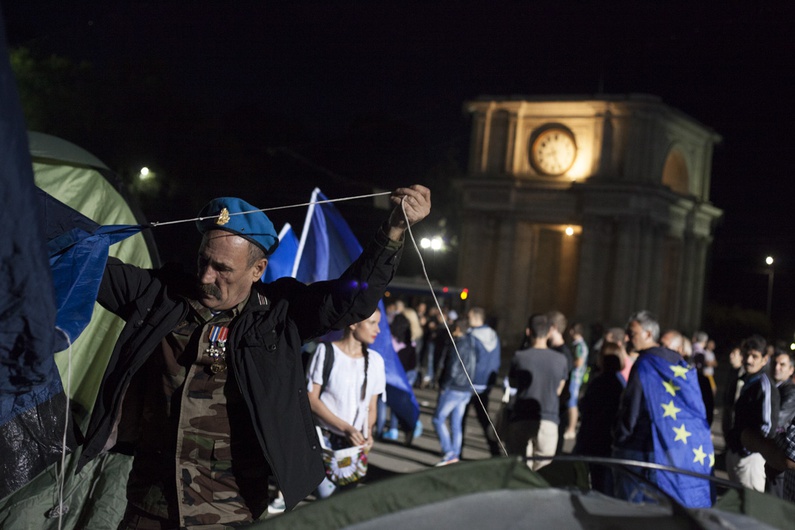 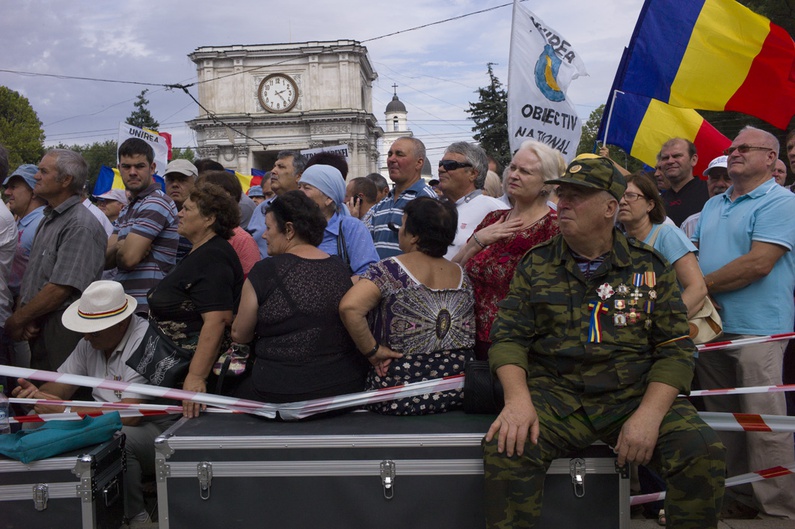