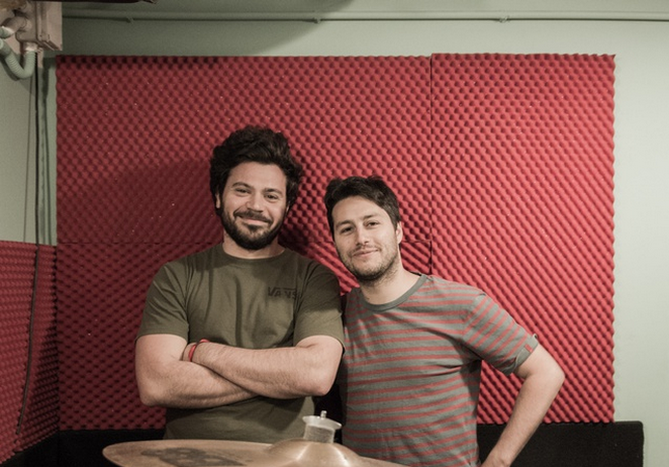 Young Neapolitans are aware that self-employment is a good way to deal with the difficult economic situation. This drive for autonomy is especially visible in the music industry. Alternative and independent music companies are mushrooming in Naples, providing young Neapolitan artists with freedom to take their future career in their own hands

‘A lot has changed since the nineties,’ says Carlo Doino, chairman and art director at Ikebana Records, a music brand created by three friends in 2008. Today they have a studio, organise musical training and even run a publishing house. ‘The market is demanding,’ says the 20-year-old. ‘Music is not like selling a pair of shoes – you cannot treat it purely commercially. We do what we do out of passion and out of love for music. We don’t strive to earn a lot, because this business is not a goldmine. We believe that one day we will find our rare bird and we are aware that before it happens, we would have to invest.’

How much? Carlo counts quickly off the top of his head – putting out CDs, the making of a project, printing promotional materials, advertising in the media, creating clips - together it can cost more than five thousand euros. ‘Of course, the internet and social media give us numerous opportunities to promote our work,’ says Carlo. ‘However, if you want to create a good quality product, you can’t begrudge money on things such as the production of discs.’

The Ikebana boys underline that an increasing number of people want to listen to good music and are ready to pay for it. Moreover, they hold gigs – the main source of money for artists. ‘Usually, the label earns mainly on selling discs in the production of which it previously had to invest,’ says Valerio Merolla, who is responsible for managing the website, taking care of bookings and other administrative aspects.‘The bands, in turn, make their money on playing gigs. Some say that we are not independent because by force of the freedom which we give to our artists, we became dependent on them. But there are some decisions which we take together. We treat artists in the way in which we would like to be treated.’ 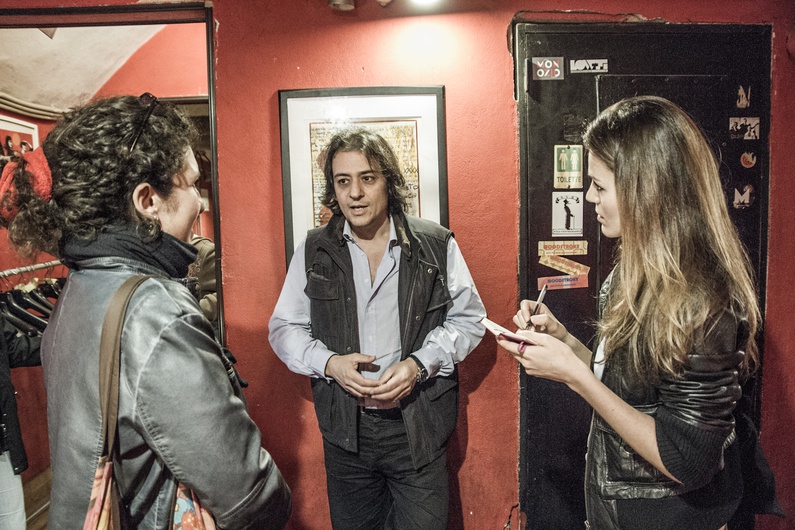 We bump into the artists from Orchestra Multietnica Mediterranea (the 'multi-ethnic Mediterannean orchestra) at Ikebana Records where they sometimes rent a music studio. They have an entirely different approach to music. The orchestra has round eighteen members, who are mainly immigrants from Romania, Bulgaria, Africa, Sri Lanka and Colombia. ‘Every member of the orchestra practices a different musical style and owing to this, we create a brand new quality,’ says Giovanni Guarerra, the ‘frontman’ of the group. ‘Naples has never been a friendly place to give concerts, especially for us. So we appreciate our luck even more.’

Ikebana Records consider the band I Sula Ventrebianco to be their rare bird. The founders deeply believe that one day they will be able not only survive thanks to their job, but that they will be actually making money on it.

Finding a job in Naples aged 30

Other young, skilful people in Naples have decided to take their career in their own hands.  Giovanni Truppi moved from Naples to Rome ten years ago. We meet in Lanifice, a hot spot on the city’s clubbing map. The former wool plant now housess a club-gallery founded by a surgeon who wanted to contribute to the city’s development. Truppi was invited to Lanifice by BulbArtWorks – an association and music company organising gigs, events and the music festival La Nostra Primavera (‘our spring’) which attracts alternative artists from all around Europe.

BulbArtWorks also functions as a booking agency representing eighty music bands. ‘First and foremost, we are a group of friends who used to meet during gigs,’ says Andrea Salada of BulbArtWorks. ‘We shared the same love for music and thought that it would be cool if we started to do something together. Even six years of working steadily doesn’t assure you an easy life in this industry. People cannot afford tickets for gigs, because spending cuts in a crisis usually affect the sector first. Today, finding a job in Naples when you are thirty years old is almost a miracle. However, it does not mean that we are planning to give up. Making money is not an end in itself. What we do is a nice second job.’ Andrea’s day job is at the university, and his dream is to become a political science professor. He is the jack-of-trades at BulbArtWorks, which he co-founded. ‘I know how to construct a stage and I can work as an audio engineer too,’ he says. ‘In our company, everybody does everything. This is the only way to make the association work.’

Back at Ikebana, the team reveal that there is a positive attitude towards other music companies. This lack of an otherwise obvious sense of competition complies with another Neapolitan phenomenon. ‘There is no point in fighting for such a small piece of cake,’ laughs Andrea. ’Naples is a big city, but there are not many people who fancy this type of event. It’s a better idea to try to do something cool together and to count on each other’s success and wider recognition.’ Giovanni Truppi is his own manager and distributes his own music. It took him 15 years to get to the point where he is now, but he is happy. ‘It has never been easy,’ he agrees, ‘but at least I work on my own account and not for a big company.

From the city, a long bridge leads to Mount Vesuvius, one of Europe’s famously dormant volcanoes, the foot of which is also a residential area and home to Casa Lavica ('the gouse of Lava'). It is one of the best independent music companies in Naples, and they are keen to stress that ‘independent’ does not mean ‘amateur’. With barely three staff members behind the company, they also run a professional recording studio, publishes live internet sessions and releases clips. Between lights, recorders and editing work, everything is on the highest level of perfection.

Although the company concentrates mainly on the promotion of young musicians famous musicians such as Gionata Mirai come to cooperate with them, attracted by their professionalism. ‘By giving artists freedom, we are trying to create a zone of comfort and creativity which will help artists being productive,’ says the co-founder of Casa Lavica. ‘We are striving to find the best form of promotion for every artist. Sometimes we do things for free, because we see the artistic potential in a person. We also often connect musicians if we feel that they could sound well together.’ Owing to this, Casa Lavica releases original projects, for example a mix of drum’n’bass and djeridoo release called  Triad Vibration. ‘We want quality to be our hallmark. Our goal is not only to sell – although it is very important. The most crucial thing for us is to do good things.’