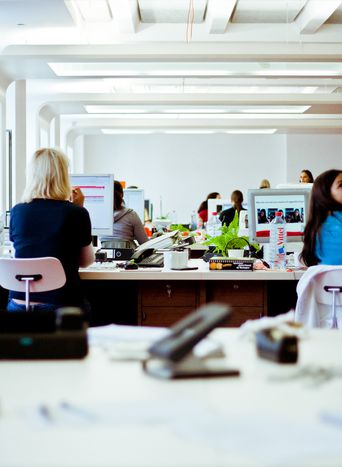 In crunch time, spare a thought for your poor boss

There's a neglected group in Europe that is looking for sympathy; the crisis-ridden bosses. Privileged? Overpaid and spoilt? “The hell we are”, they say. The current financial crisis has caught them unawares too.

“A superboss?, leave it out!”, the professional associations are now fighting back; under the Christmas tree there are hardly– if any at all – bonuses to be found. There’s more stress, less luxuries and more sessions with psychotherapists. The main topic on the table is the same day in and day out: the ‘crunch’. The crisis has his the bosses hard, and each has their own solution; some have rebelled, some sought council on the pyschotherapist's couch. What they all want to let the world know, however, is that even they – rich, very rich, or somewhat rich – are suffering too.

From silver service to packed lunches 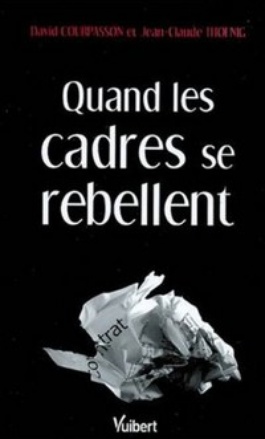 When you look at the figures, nobody in Europe seems to have been spared from the financial crisis; not even the boss. According to a recently released study from the Italian statistics institute ISTAT (Istituto nazionale di statistica), managers and housewives share the number one spot as the most stressed occupations, as the financial crisis situation gets worse with job losses and consumer downturn. According to the professional association Manageritalia, which represents 33,000 senior staff around Italy, unemployment for managers has increased by 15% compared to last year. Around 58% of those asked were obliged to curb their spending in order to make ends meet financially. The results of an investigation by Associazione Donne e qualità della vita(the association for women and quality of life) have shown that growing poverty is having an effect on people’s eating habits. The threat of unemployment has resulted in managers going back to proletariat tupperware containers; 25% confessed to bringing their lunch from home.

The situation for executives in France is anything but rosy; 9 out of 10 managers are dreading an increase in unemployment according to a poll by Viavoice. A third of those polled are expecting further degradation of the economic situation. Stress is also increasing, with poverty lurking in the background; it was already bad enough but is now climbing sky high. According to a poll by hereisthecity.com – a site for financial experts – 70% of those asked are more stressed out than they were six months ago. 69% admitted to symptoms of sleeplessness, loss of appetite, concentration difficulties and being apathetic; 30% feel defenceless against these symptoms.

In England, those managers who are on the verge of a nervous breakdown are holed up in the Causeway Retreat clinic near London. Only the so-called ‘superbosses’ though; the treatment costs 20,000 Euros per month. In Italy the less well-off console themselves with whatever they can afford; in Ascom’s Bergamo office they run lessons in acheiving 'Managerial Zen'. The rest of them – at least 30% – simply pray, according to a survey carried about by the Help Me organisation.

Open plan offices make me want to kill myself…

Although bosses are suffering all over Europe, in France the discomfort has developed into a loud cry for help in the media. It really drives it home just how difficult managerial work is, nevermind in the midst of a financial crisis. Two sociologists David Courpassen (Professor in Organizational Sociology – University of Lyon) and Jean-Claude Thoenig (Senior Research Fellow at 'Dauphine Recherche en Management' at the university of Paris Dauphine) have analysed the refined ways that executive managers rebel against their employers in their book, Quand les cadres se rebellent (2008) - 'when executives strike back'. The authors interviewed those in high power positions and concluded that 'Managers rebel more often than people think; the company remembers this and that their personal space must be not be invaded.' These ‘rebels’ decline promotions, quit, and seek employment in the non-profit sector, all to avoid being further sat on by dictatorial senior management. 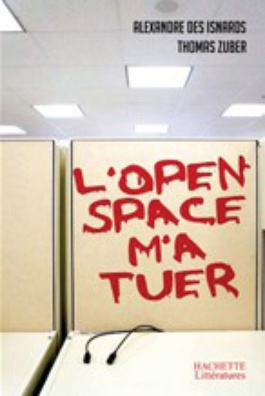 Alexandre des Isnards and Thomas Zuber, former students of the notable Sciences Po university in Paris, and now thirty-something management consultants, can only back up these findings. In the 2008 book L’open space m’a tuer (open plan has killed me), they criticise the governance that hides behind apparently more ‘lax’ types of management. You speak to each other in an informal way, work in close contact in open plan offices, and no matter what the common language is, English buzzwords like 'forward', 'timesheet'  and 'brief' get heavy usage. There seems to be no direction from a higher authority- but this is false. Welcome to what the authors have called (In the 2 October edition of the Nouvel Observateur)  'the dictatorship of good humour and camaraderie'.

When you scroll through the reader forums you do notice that the authors have hit the nail firmly on the head. Nathalie admits that, ‘I’ve worked in an open plan for two years, and I’ve had enough of the ‘closeness’ of it all. There is always chaos and the result is stress.” According to Mathilde, “In an open plan, being busy is like working in the times of Zola (the late 1800s)!” Meanwhile, people like Bruno complain that, ”We’re sat in front of our computers like the women sat in front of their sewing machines working in the textiles industry during the 1800s.” Look out; managers from all over the world are uniting, and Facebook might be a good place to start the revolution. The group 'L’open space m’a tué' now has 1,305 members (as of 15th August 2009).