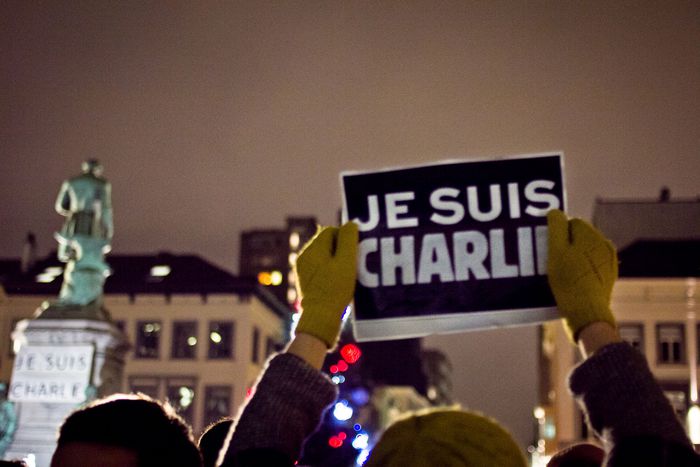 In Brussels, we too are Charlie

Following the attack on French weekly magazine Charlie Hebdo on January 7th, crowds gathered in towns throughout not only France but other countries as well. Here's what happened in Brussels.

On Wednesday January 7th, Charlie Hebdo's Paris office was the target of a particularly serious attack. Two masked men entered the building where the editorial team were based at around 11.30 am, gunning down journalists and cartoonists before escaping. The attack left 12 people dead. Among them were well-known cartoonists Charb, Cabu, Wolinski and Tignous, as well as economist and columnist Bernard Maris.

Spontaneous rallies were held abroad and throughout most of France that day, with word about them largely spreading through social media thanks to the #JeSuisCharlie hashtag. People in Brussels gathered to show their support in front of the French Consulate General at 6 pm and on the Place du Luxembourg, just across from the European Parliament, at 6.30 pm. According to police, the rallies – which were organised through Facebook that same afternoon – were attended by between 1,000 and 2,000 people. 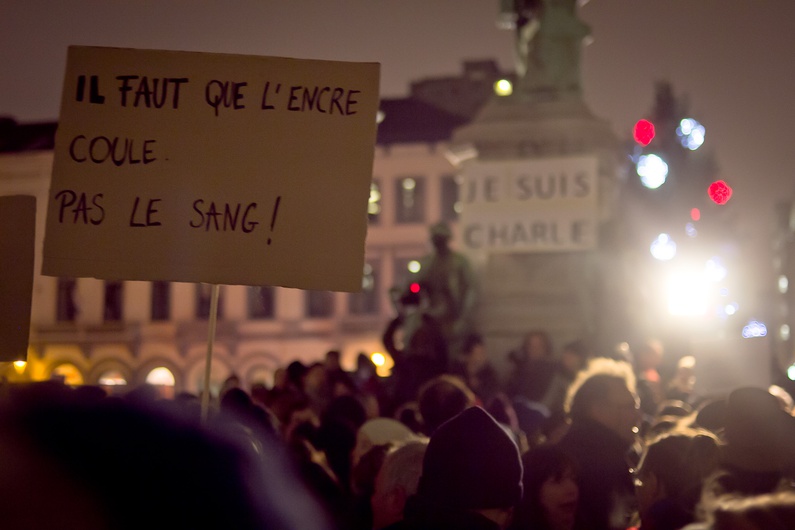 But despite the crowds, there was an impressive silence. Demonstrators held up pencils as well as drawings from Charlie Hebdo, with bursts of applause paying tribute to the victims and their work, which had come under threat so many times.

There were occasional cries calling for freedom of expression and resistance. One man said that the success of this spontaneous gathering proves our society's ability to organise itself and unite. Another onlooker pointed out that no such satirical magazine has been published in Belgium for the past 30 years, and felt that this was a sign of the country's limited freedom of expression. At one point, a violinist played the Chant des Partisans – often seen as the anthem of the French resistance – with others singing along. 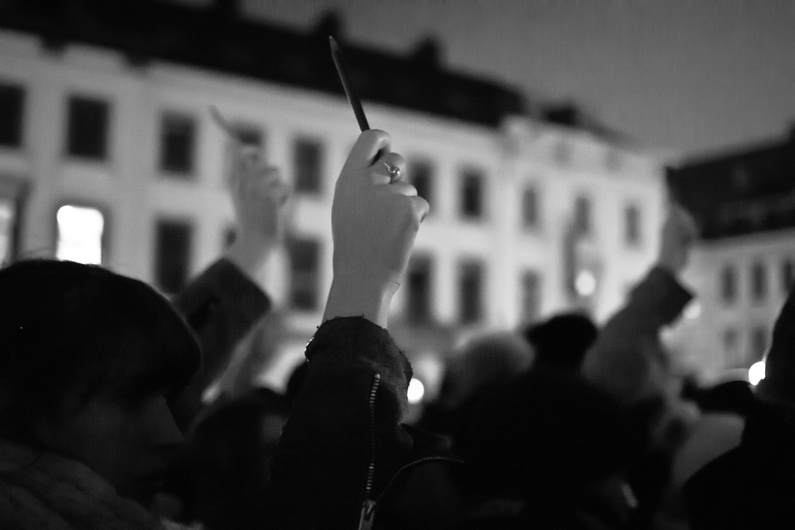 The protesters were also joined by various political figures. French MEP Michèle Rivasi, who is the vice-president of the Green party in the European Parliament, was particularly moved: "As soon as I saw what had happened, I realised that we had to do something. That's why we went straight out to buy candles."

Out of respect for this day of national mourning in France, the European Commission flew its flags at half-mast, and staff gathered at midday in front of its Berlaymont headquarters for a minute's silence.

Martin Schulz, the President of the European Parliament, denounced what he described as an "intolerable crime", adding that it had come as a "shock to everyone". On behalf of the Parliament, he strongly condemned the violence. However, he called for people not to react to these acts of violence but to continue defending Europe's values. A minute's silence was also observed this morning in front of the European Parliament. Despite the rain, large crowds joined MEPs and staff for the event. 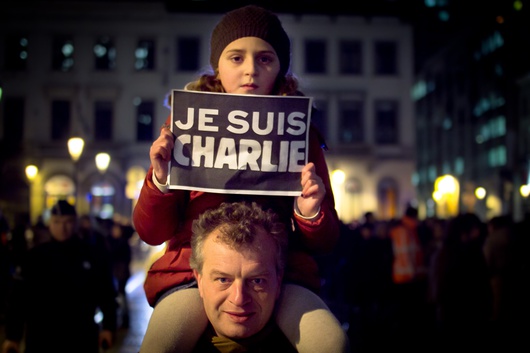 Following the attack, French MEPs in the European People's Party group have asked for a European Parliament debate on the subject, which should take place on Monday January 12th in Strasbourg's next plenary sitting. They have also called for the European Council to hold an emergency meeting dedicated to the fight against terrorism.