In a hole in the ground, there lived a Russian hobbit...

At first glance, Yuri’s life is unextraordinary. He’s been living in Moscow for five years, has a profile on CouchSurfing,  and welcomes tourists into his home every now and then. His home, however, is a little unusual; not least because it’s several metres underground.

Alarm. Metro. Work. Computer. Phone calls. Metro. Dinner. Bed. This is the routine in which millions of people find themselves trapped. Working to live, or living to work? Yuri Alexeev has a better solution: he lives to live.

He used to live in Moscow, working for a law firm and paying his bills like anyone else. But one day he decided he’d had enough of this monotonous life. "When I lived in the city I had to work to pay my rent. Now I have my own house, and I’m not tied to a mortgage. I’m free. I don’t have to work. I didn’t like my life nor my job. I wasn’t happy." This was how he found himself in a forest 100 kilometres away from Moscow, just off a busy highway.

In the beginning, the only thing he knew was that he wanted to build his own house. But he tried many different arrangements before settling on a hobbit hole. "For six months I lived in a tepee, like the Native Americans, and when the cold came I decided to build a thatch house; something really unusual in Russia. Unfortunately, it burnt down. I didn’t know what to do after that. I even thought about leaving the country. After a while I came back and started thinking about my options: a treehouse, a houseboat… I finally settled for an underground home, since you need very few materials and it’s not hard to keep warm even when it’s minus 20 outside." 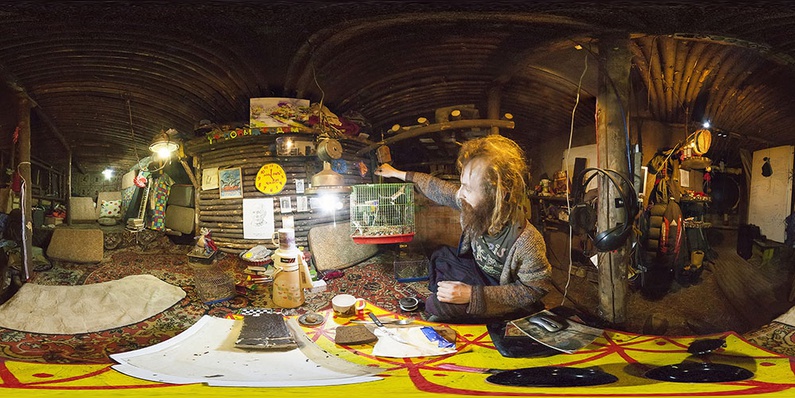 The house has just one room. In a corner, next to a window is his bed, always surrounded by books; on the other side there’s a small, rudimentary kitchen; right in the middle there’s a carpet and a table, where he takes tea with guests; and just next to the entrance door there’s a huge shelf full of books. Outside, a few metres away from the house, there’s a sauna and a toilet. "The bad thing about the sauna is that it’s outside and, since I live right next to a motorway, people see me. And it’s very cold in the winter," he laughs.

Considering Yuri’s been nicknamed "the Russian hobbit", it’s only fair to ask whether he was inspired by J.R.R. Tolkien's classic novels. Even though his house is very reminiscent of Bilbo Baggins’ pad, he insists that any resemblance to Middle-earth is just good marketing. "It’s true that the door looks the same, but I didn’t want to imitate a hobbit house. Actually, it’s just quite easy to build a round door. They started calling me 'the Russian hobbit' because it sells well; The Lord of the Rings is a worldwide phenomenon. That’s why I think using that name to talk about me is a good idea, since it attracts the public’s attention. One of the television shows that came to interview me gave me the nickname, and I like it so it stuck." 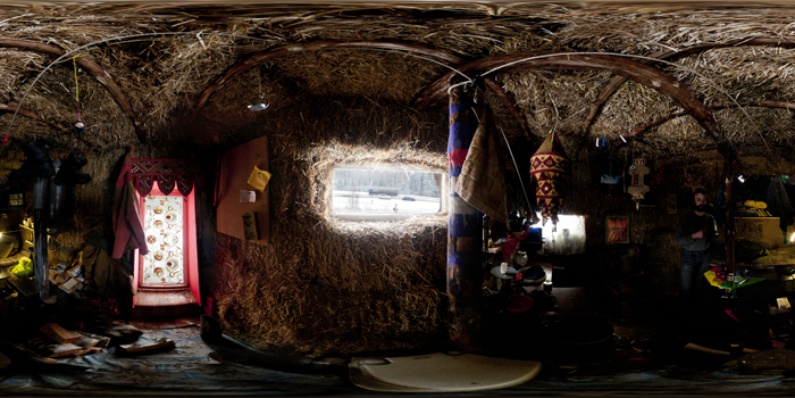 Yuri is already famous on social media. TV shows from all around the world have shown interest in his free life. However, his story attracts the attention not just from the press and Internet users, but also curious tourists. Every year, Yuri welcomes couchsurfers from all over the world. He speaks proudly about his flag collection; gifts from his many guests.

Anyone who visits Yuri looking to share a coffee, read a book or just chat is greeted with "Please, feel welcome." He considers himself as a very open-minded person, and he doesn’t want to be taken for a hermit. "Most people think I’m isolated for religious reasons. But the reality is very different. I don’t shun my social life: my choice to live underground has nothing to do with religion. And I have a lot of friends. But even if I tell them they often don’t believe me. In the end I prefer to make them think they’re right, so we’re all happy." 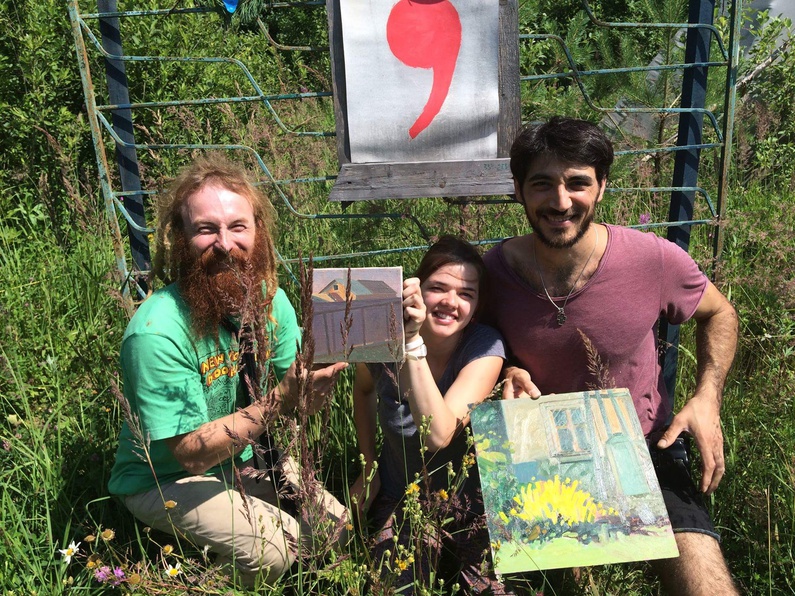 A day in the life of a hobbit

Yuri’s routine is simple. "I wake up, boil some water to prepare tea; read the news (I’m very interested in current affairs); look for firewood; prepare lunch and dinner and spend the rest of the day working on my projects."

He hasn’t moved from that forest for years; doesn’t life get boring? "Boredom? What’s that? I miss being bored; now I’m always very busy." Loneliness isn’t a problem either: he lives with Petrushka the rabbit, his faithful companion. And he receives weekly visits from close friends who bring him books and food (he doesn’t remember the last time he went to a supermarket). 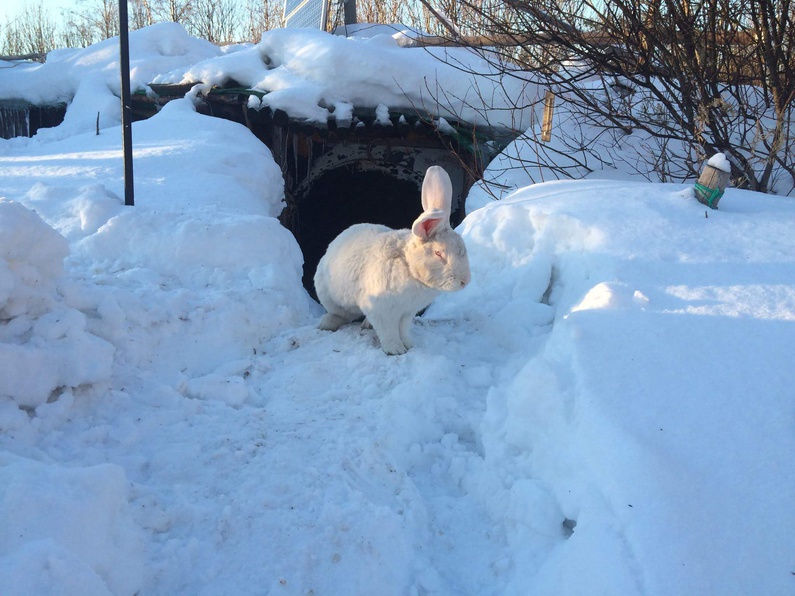 Yuri has two passions: literature, and politics. He’s a big defender of Alekséi Navalny, the main leader of Russian opposition who last February was sentenced to five years in jail and a fine of 500,000 rubles on embezzlement charges, and banned from running in the 2018 elections. He had already been found guilty of embezzlement in 2013, but the case came back to Justice after a series of protest to support him and the European Court of Human Rights stating he didn’t have a fair trial, according to the BBC. Yuri believes that, given a chance, Navalny would wipe the floor with Vladimir Putin.

Yuri has more than 4,500 books registered on BookCrossing; a website that allows people all over the world to leave books in public places so that others can read and enjoy them. "The history of books starts with Gutenberg and finished with BookCrossing," he says. "It’s something wonderful. Every time someone comes to visit I offer them one of my books. And I also love to receive them. The platform is really well-made, it’s like an international library. Everyone can give their opinion about what they’ve read." He’s currently immersing himself in the plays of Anton Chekov.

After spending a while with Yuri it’s clear that he has no intention of moving back to a normal existence: "I’m happy with my life. I’m free. But I also think Russia is not made for me; if at some point I decide to move, I might leave the country. But I’d never go back to working for living."

Just as our Skype call is about to end, Yuri offers one last piece of advice: "Please, whatever you do, make sure you’re always happy."