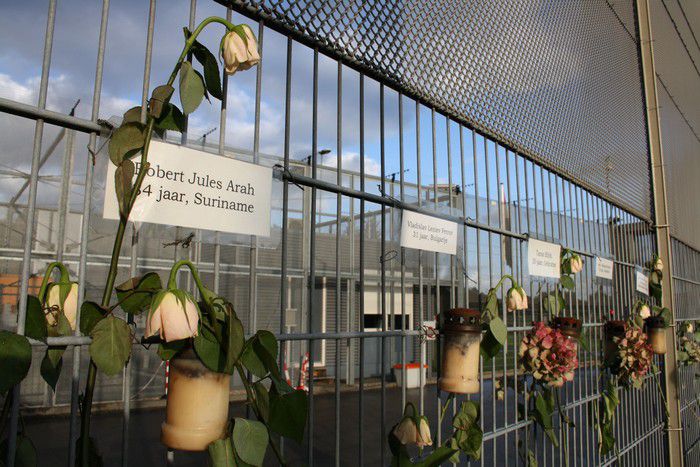 In 20 years, immigrant number in the Netherlands triples

Five years after a Dutch man of Moroccan origins murdered Theo van Gogh in a fanatical attack, the word ’immigration’ is still hot on national lips. A focus taking in the Zuidoost immigrant neighbourhood through to the Schiphol airport detention centre

In Zuidoost, a district in south-east Amsterdam, the population is mainly ‘allochtoon’, a Dutch expression for people who have at least one parent born outside of the Netherlands. On a rainy Sunday afternoon its streets are almost empty. There are no coffee shops, fancy clothes shops or tourists like in the trendy city centre, which is twenty minutes away by metro. Here you’re more likely to find African hairdressers, Caribbean food and Indian corner-shops. According to the Dutch immigration ministry, about 75, 000 irregular migrants live in the Netherlands. But in its latest statistics dating from 2007, Amnesty International reports not less than 150, 000, which would make about 10% of the general migrant population. ‘I’m sure there are some illegal immigrants here, but I don’t know any personally,’ adds Pavel, a 20-year-old student who moved here from Russia when he was five. ‘The immigrants who live here are very discreet and never say what they do nor where they go,’ comments Humphrey, a 55-year old army pensioner, who was born in the Dutch Caribbean island of Curacao; around 70, 000 immigrants live on the five Dutch islands in the Caribbean, where an amnesty programme was announced on 5 November. 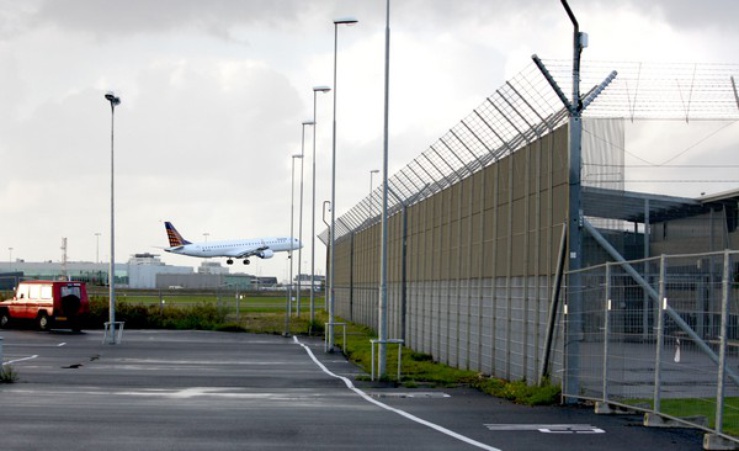 After decades of laissez-faire policy, the Netherlands started to opt for a stronger immigration policy in the 1990s. The Aliens Act 2000, which came into force in 2001, introduced several provisions for immigration authorities, such as carrying out house searches and broadening the scope for asking people in the street for their documents. In December 2006, the new centrist Dutch government agreed on an amnesty for rejected asylum-seekers who refused to leave the Netherlands: 26, 000 were granted a residence permit. Unfortunately, several thousand irregular were left out of the process of the ‘general pardon’.

Frank de Nederlander, a columnist at the daily tabloid and former WWII resistance paper Het Parool, was one of the participants at the 'nacht van de vervanging'. The ‘night of replacement’ is celebrated in September 2009, a protest where famous Dutch people hosted migrants for one night in order to denounce the closing down of shelters where many irregular migrants live. De Nederlander received Mohamed from Chad. ‘He wants to go back. But his father is an enemy of the regime. The government does not allow him to enter. Now he has to leave the Netherlands but he cannot.’ According to de Nederlander, parts of the Dutch population are growing reluctant towards irregular migrants, based on the assumption that this issue was solved through the ‘general pardon’. ‘As in the rest of Europe, the growing tendency is to show immigrants as trouble-makers.’

Visiting hours at Schiphol detention centre are between 10am and 1pm. It is already late in the afternoon, but a young man with a suitcase still waits in front of the reception. ‘It’s for my brother, he needs some clothes,’ says Luis, a 21-year-old visitor who came to the Netherlands with his family from the Dominican Republic. His eldest brother is going to be deported the next day, but as Luis arrived too late, he will not see him nor say goodbye. To avoid new mass regulations, the government put greater efforts into encouraging asylum-seekers to go back home voluntarily basis by supplying them with a plane ticket and a small amount of money. ‘But the people who fly away will do everything to stay,’ explains Moriska Cheret, press officer of the Dutch national refugee council.

Around 20, 000 immigrants go through the five Dutch detention centres every year

For most, the experience often ends up at a detention centre; around 20, 000 go through the five Dutch centres every year. Dutch law dictates that immigrants have committed an ‘administrative offence’, for which the penalty is deportion. ‘A migrant can only be considered as a criminal suspect if he enters the country with fake documents,’ explains Gerald Roethof, a lawyer working at the court based in the Schiphol detention centre. Yet hundreds of cocaine smugglers are detained every year together with immigrants. Meanwhile, the Schiphol airport centre became the most infamous after a three-hour blaze killed eleven detainees in October 2005. Survivors claimed that the guards had been very slow at reacting. In August 2009, a 27-year-old Libyan man went on trial for starting the fire with a cigarette. ‘The Netherlands pursue a strict but fair alien policy,’ quotes the website of the repatriation and departure service, which is run by the ministry of justice. But for Moriska Cheret from the Dutch national refugee council, ‘the government is pursuing a discouraging policy to put migrants under pressure and make them go back.’ Not surprising then that in less than twenty years, the number of immigrants in the Netherlands has tripled.