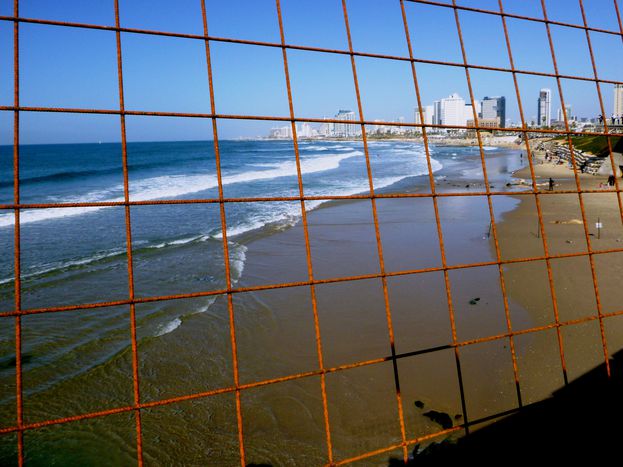 Impressions from Palestine: the arrival

Renaud Arents, a 30-year-old social worker, who has lived and worked in Spain for the last 6 years, is volunteering in Nablus, Palestine through the Erasmus+ Program of the European Commission.

In a new weekly blog, Renaud will assimilate his personal thoughts and experiences of volunteering and living in Palestine.

I have to admit I spent more money in Tel Aviv than anticipated. This city can be quite expensive if you aren’t careful. Especially when you take into account that – since it’s impossible to understand written Hebrew – you might not be informed correctly about certain prices. The language is one of many things that strike me over here. 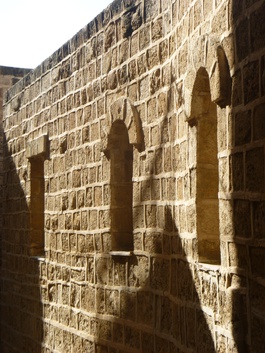 One might rapidly interpret this as an intercultural society, but when you take a closer look you’ll discover some big socio-economic differences between the different ethnic groups. An example? I can’t help but notice that unwanted jobs are handed over (mostly) to people from the Ethiopian community. On a general level – based on what I’ve seen – Tel Aviv is basically very comparable to any ‘occidental’ i.e. Americanised city. In other words: ‘work, enjoy the freedom we let you enjoy, don’t think but think just enough so you don’t forget to consume’. 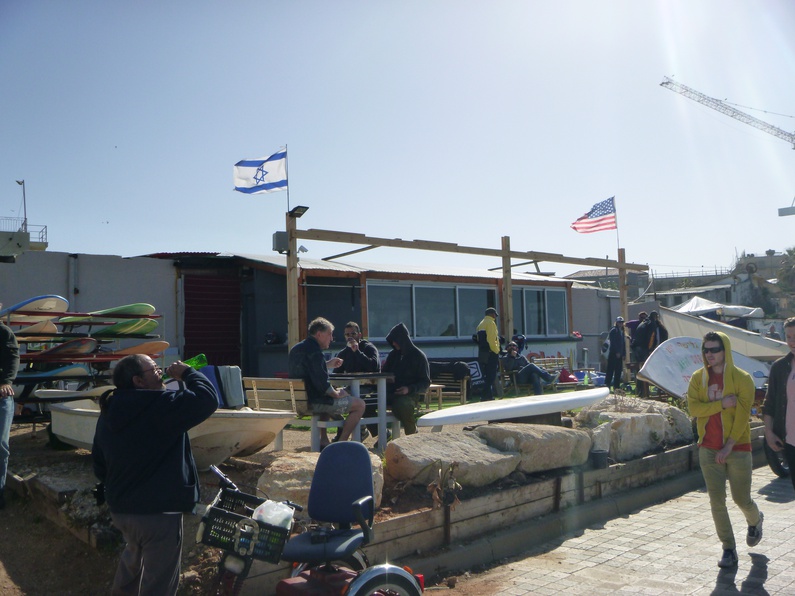 As I continue my walk and find my way to the old historic harbor of Yafo, I wonder: ‘Does anybody here have a clue what’s really going on at the borders of this bubble?’ But the question itself is absurd. This life is an artificial paradise, a bubble of ignorance - very comfortable as long as you ignore the truth..

On my way back to the hostel, I see a woman with rollerblades on lying in the middle of the boardwalk. She fell and probably hurt herself. She already has help, so I decide to keep on walking. I can hear the sirens approaching and then it strikes me. I hadn’t seen a single police officer or soldier since I arrived in this city (except the one that held me back for one hour at the airport). Wasn’t this a nation under constant threat?

The central bus-station in Tel Aviv is huge. It has up to 7 different floors. My backpack tells me I brought too many clothes and my guitar isn’t handy to carry around either. But I know I’ll need it and it looks nice and kind of cool. It’s at least much cooler than the machine-guns the twenty-year-old soldiers – boys and girls – in training are carrying around all the time. I’ve seen over 200 of them in the ten minutes it took me to finally find the bus to the old city, Jerusalem. 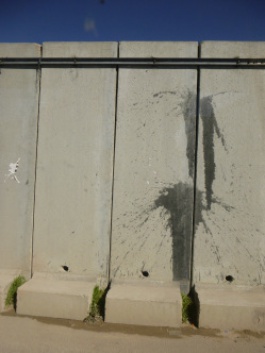 I’m sitting on the first row. I want to witness all I can. But there isn’t much to see. This vast, green, fertile and beautiful land appears to be a huge construction site. It looks like it’s part of one of those computer games where you have to build your own civilization but then you screw up and you compulsively, madly and incoherently start to build anything anywhere. They’re called God-games. This landscape seems out of control, there are too many buildings, too many cars, too many roads and too many people. The bus approaches Jerusalem’s periphery and we get stuck in traffic. Out of sheer boredom, the bus driver decides to turn up the volume of the radio. It’s hard to understand but I figure it’s the news. The words I do understand are 'Obama', 'Israel', 'terrorist', 'jihadists' and 'Palestinian'. At the end – before the jingle – I hear: Whitney Houston. Weird. Once we arrive, I find my way to the solely Arab bus station, near the Damascus gate.

Once I’m on the bus, I take a look at my fellow travellers and realize I’m finally about to leave the bubble. Five minutes later the bus driver yells ‘yallah’ and we’re on our way to Ramallah. I know I will get a chance to visit Jerusalem later. Suddenly, as we’re leaving Jerusalem, the trip takes another turn.

I finally see it. It’s there. It’s massive. It’s high. It’s long. It’s absurd. It’s ugly. It’s inhumane. It’s useless. It’s ‘the wall’. It takes a while to get through the huge iron gates but luckily they’re open today. and we do get through. I’m here. I’m in Palestine. In one way or another, I feel like I’ve always been here. And I think to myself: ‘Je suis Palestine’. Ramallah is the centre for all Palestinian institutions. You’ll also find most headquarters of international organizations here. 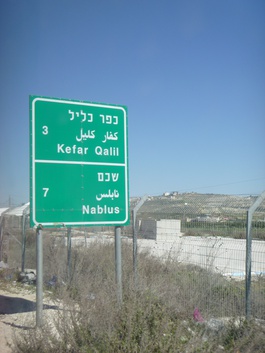