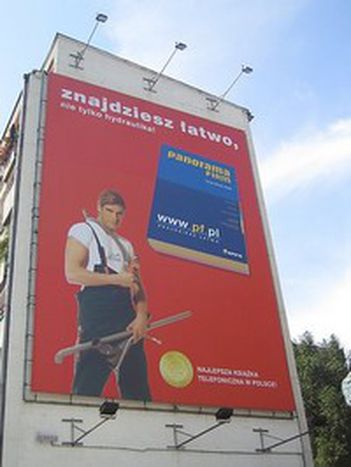 Immigration: the plight of Poles in France

Poland has been an official EU country since 1 May 2004. While Poles have the right to move freely around France, things get a lot more complicated when it comes to getting a job

The flocks of ‘Polish plumbers’ never made it to France. When Europe incorporated eight eastern European countries in 2004, the French expressed widespread resistance to the inevitable influx of immigrant workers. In fact, the numbers were much less significant than predicted, and the European Economic Community (EEC) workforce now represents less than 1% of the EU’s active population.

Officially speaking, the bars on free movement of eastern European workers are set to be lifted from 2011. Britain and Spain (amongst others) have already decided to relax employment restrictions for Poles and Slovenians. The influx is having a 'mostly positive' effect on the Western working market, relieving a diminishing workforce and improving economic drive.

In France, however, ‘new Europeans’ are encountering all manner of stumbling blocks on the journey to legal employment. In order to have a job, Poles need to possess a 'foreign' work permit.

Obtaining a work permit in France is a tricky business. Once a potential employee has been offered a position, they’ll need to queue up at the prefecture (local authority) at the crack of dawn. Here, they’ll obtain approval for their request and collect all the necessary documents – if they’re lucky. Then comes the lengthy process of filling in the forms, which are then returned to the prefecture by hand.

The worker’s dossier is then transferred to the regional employment office, before being sent back to the prefecture. Eventually, the worker is called for a medical check-up at the National Agency for the Reception of Foreigners and Migration (ANAEM), the final stage in this lengthy process.

In Paris, the whole procedure takes at least four to six months. Elsewhere this could be longer. A permit is granted for a minimum of one year, and up to ten years for the most fortunate. Those who aren’t so lucky will find themselves back in the queue at 6am the following year, to obtain once more this essential passport to a legal working life. Second time round, the process is much speedier.

Renata A. is one worker who has experienced difficulties. She studied at a prestigious school of economics in France and is fluent in French. For her efforts, she nearly ended up back in Poland, of all places. 'During my internship, I managed to save up enough money to support myself for three months. I’d been offered a job and was waiting to start, but things just weren’t moving along. I would spend entire days waiting in the cold,' she recalls. 'It doesn’t help that HR departments are unfamiliar with the procedures, and often find they’re completely powerless.'

Renata came to France in 2003 and has been working for the last three years. She admits she’s fed up with the situation. 'Honestly, it’s as if they consider us to be lesser beings. I still haven’t managed to get a ten year permit, even though I’m married to a Frenchman.'

Luckily for Pawel P., his Parisian employer decided to take the situation into his own hands. Nonetheless, he had to wait four months for his permit. 'In my case, the longest part was waiting for the medical check-up. I don’t why it isn’t dealt with under French industrial healthcare. It’s not as if Poland is a country with lots of health problems, is it?' he asks, dryly.

Double standards at the top

Kasia, who works for an American firm near Strasbourg in eastern France, waited six months for her permit. 'It’s lucky my boyfriend has a job, otherwise I really don’t know how I would have coped. I was fortunate enough to get a ten year permit straight away. The HR department at my company are used to dealing with the procedure, and they managed to speed up the process.'

On his third day in power, French president Nicolas Sarkozy went on a very public state visit to Warsaw. The trip was given massive media coverage, ostensibly symbolising undivided cooperation and mutual agreement between the two countries. With this in mind, it is difficult to understand how one country is so willing to collaborate, while the other demonstrates such indifference. Indeed, a prominent figure at the Czech Embassy said, anonymously, that the attitude towards Poles was approaching humiliation.