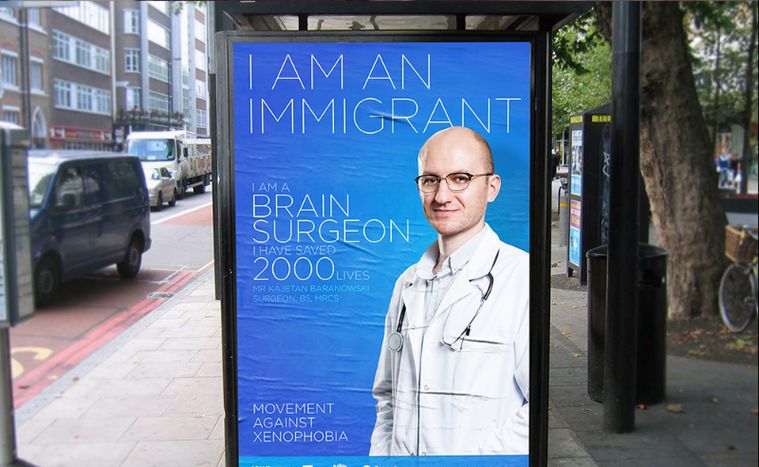 Immigrants in the UK: vilified or celebrated?

With the May General Election rapidly approaching in the UK, posters and billboards are to spring up across London in a bid to challenge the widespread anti-immigration rhetoric that forms a large part of the current policy debate across the country.

Can it succeed in steering the public perception towards a more favourable attitude towards migrants who constitute a large part of the population?

In November 2014, in a speech delivered in a factory in Staffordshire, British Prime Minister David Cameron vowed that if re-elected he would put an end to immigrants from the EU arriving in Britain and claiming welfare assistance, including social housing and child benefits, in their first four years. Cameron’s promise stemmed from the European Court of Justice’s decision a month earlier, which ruled that governments can deny benefits to citizens from another EU state if they have moved countries “solely” to claim them.

Since the start of the financial crisis in Europe, the United Kingdom has become an attractive destination for unemployed Europeans, particularly from Southern Mediterranean states and Eastern European countries, seeking jobs away from the stagnant growth of the Eurozone.

Yet, according to recent studies, British perceptions concerning immigrants are skewed away from reality, in that there is a willingness to discriminate against them, due to their perceived access to welfare benefits and the apparent support they receive from public services and the state. This argument, instigated by a sense of fairness and native-born rights, enhances the notion that immigrants are actually prioritised over the ‘native’ population.

Anti-immigration parties, such as the British National Party (BNP) and the UK Independence Party (UKIP) have, since their beginnings, utilised the public’s exasperation to fuel an intense racist and xenophobic rhetoric.

The focus of this racism is the cultivation of resentment. People are convinced into believing that immigrants have taken something from them, be it jobs, welfare benefits, or even social support. It is the sentiment that these “outsiders” and “intruders” are “living off us” and are “undeserving”.  Research suggests that those most prone to a resentful nationalism are the working and middle classes who have been on a downward trajectory for decades. 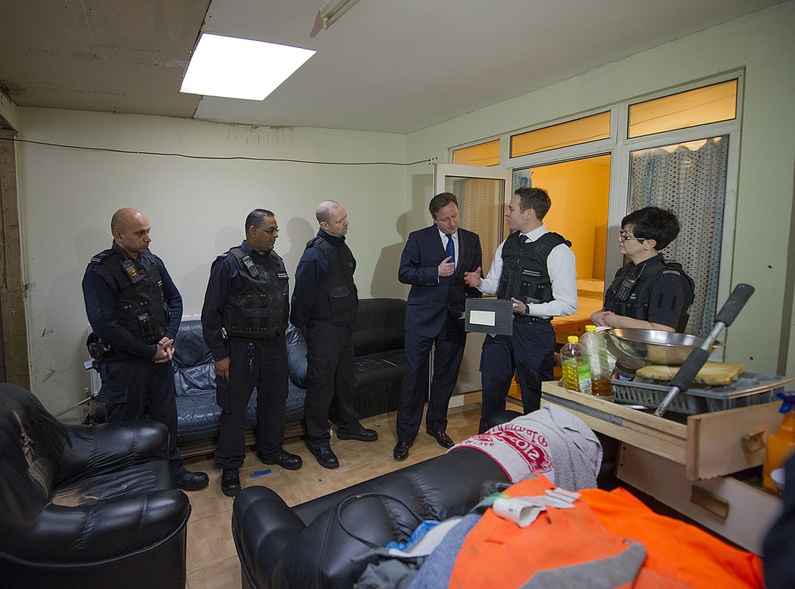 Although the BNP’s popularity is declining – it gained only 1.09% of the vote in the 2014 EU Elections, down 4.95% since 2009, losing its two seats in the European Parliament – UKIP is on the rise, winning the EU Elections with 4.3 million votes and it is still surging in the polls ahead of the General Election in May.

Proclaiming that the only way to stop the influx of immigrants from the EU and the ‘malaise’ that accompanies them is to leave the EU all together, UKIP’s popularity has forced Britain’s two largest parties – Labour and Conservative – to shift their stance on the EU and immigration towards the right of the political spectrum.

Most recently, the Eurobarometer survey conducted in November 2014, revealed that immigration from other EU member states evokes a negative feeling to the majority of UK respondents (52%), as does immigration of people from outside the EU (57%).

However, although approximately three in four people in Britain are in favour of reducing immigration, polls reveal that most people that have a negative opinion of immigration despite them not having any negative experience of it. In fact, people in areas with most immigrants are least likely to express anti-immigrant sentiment. It can be argued, that having experienced immigrants up-close, their neighbours realise they are not the “demons” they are portrayed to be.

Immigrants constitute a large part of the population, with foreign-born UK residents reaching 12.4% in 2012 (+1% if undocumented migrants are accounted for), and 7.8% being foreign citizens (although British people wrongly perceive this number as much higher). Foreign-born people also make up 37% of Greater London’s population in 2011 (the highest share among all regions with comparable data).

It is not surprising, therefore, that immigration is among the top policy issues in all political debates and one of the core themes in the run-up to May’s elections.

Stephen Tall, editor of Liberal Democrat Voice, the leading independent website for British Liberal Democrat party supporters stated that “immigration has helped fuel economic growth in London and it's probably [partially responsible] for the huge improvement in London schools over the last decade, making London one of the most successful educational capitals in the world - and that's partly been driven by the ambition of the immigrants who've settled here". 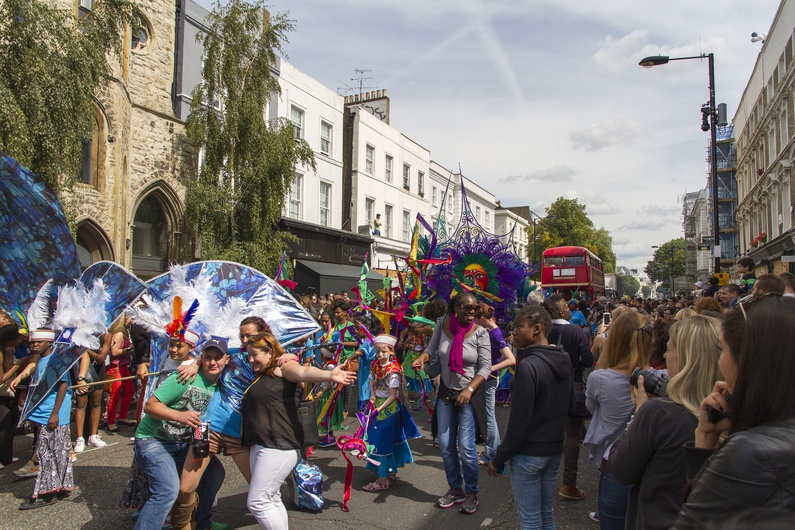 This view is exactly what the Movement Against Xenophobia (MAX) seeks to enhance. Through crowdfunding, the group aims to put in place a campaign that demonstrates how immigrants “not only contribute, but are part of the fabric of British society and a vital part of multi-cultural Britain”.

The posters will be displayed at tube and rail stations across the country ahead of the General Election and will serve to "celebrate, not vilify" the impact of immigration on British life, featuring real people from a range of professions. The aim is to “induce an open and inclusive conversation about immigration policy built on human rights and equality”.

In the same speech in November 2014, Cameron had also praised immigrants, stating that Great Britain is what it is because of immigration, not in spite of it. In order to maintain this openness and multiculturalism, immigrants too must have a voice and a part in the society where they live, work and contribute.