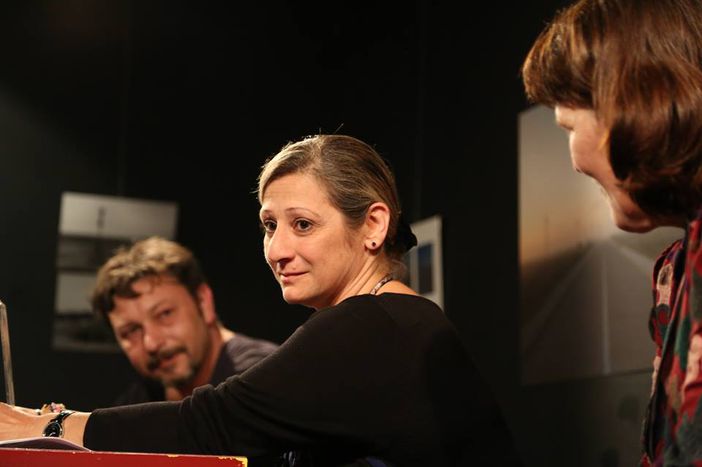 On 17 January 2010, thirty Palestinian teenagers started a four-month daily theatre internship. They wrote about how they felt when conflict with Israel started in their territory the year previous. The director of The Gaza Monologues, a series of performances scripted by the youth of the Gaza Strip as an artistic therapy to their 'war-time' experience, is in Paris to talk about the show’s legacy

Iman Aoun is co-founder of the Ashtar theatre, which uses 'oppressed theatre' techniques in its international repertoire.  At a small theatre annexing the Maison d’Europe et d’Orient in Paris this evening, she confronts the usual suspects of conversation with a foreign audience - tonight, it's an intimate Parisian atmosphere. 'What is Israel and Palestine’s relationship actually like?' 'Why it is a problem for boys and girls aged between 14 and 18 to mix together for a theatre production like The Gaza Monologues?'

For a moment, the panel including Razan al-Azzeh, a Palestinian former student based in Paris, and Arabic to French translator Marianne Weiss, is stumped. Aoun finds herself reiterating that the West Bank is actually blocked off from the outside world. Later, Aoun tells me that in Germany and the Netherlands it’s a little bit harder to get over the basic ignorance on Gaza considering the past of these countries, 'but everywhere in Europe the stereotypes are the same.’ There are also many precisions which the Palestinian guests in Paris make sure they enforce, before it is asked of them; for example, for the two million people of Gaza the 2008-2009 attack from Israel (whose territory it shares, to dispute) felt like a war, but the correct term is ‘bombardment’ or ‘aggression’.

The young student intervenes. 'I'm from Ramallah (the unofficial 'capital' - ed), which is isolated from Gaza,' explains Razan. 'We were depressed. We couldn’t do anything. Anonymous foreigners used to call us, mostly from the Arab world, like Libyans – Muammar Gaddafi had the lines open for that reason – but I was just blocked too. I didn’t know how to react when people asked ‘how is Gaza’ – I didn’t know how people spent time in Gaza!'

More than half of Gaza's population is under eighteen. The young voices who are the creators of The Gaza Monologues are the best representatives of the coastal region's potential. Yet they have almost never been able to perform their work - about mothers nagging during the conflict, or feeling like they had to grow up quickly - outside of Gaza. Aoun directed the young performers via video conference. An artistic director who couldn't work face to face with the children? She gets some blinks from the audience. ‘They were in a hall like you are,’ she explains, momentarily confused that she still has to illuminate this fact. ‘I met them three years later, in Oxford, when we were going to perform.' The teenagers haven't been allowed to perform in Ramallah, let alone in the US where a united nations assembly awaited them, or at a world culture festival in Wroclaw, Poland (to which Aoun is greeted with a chorus of ‘Warsaw? Warsaw?’, as she struggles with the French pronunciation of the city’s name, and the blissful assumptions of the crowd).

Only three out of 33 of the children's parents objected to their involvement in mixed gender theatre, explains Aoun to further questions. The parents were mostly ‘proud’. ‘It goes back to trust,’ she says. 'The theatre was a beautiful resistance because we have our hopes. If we lose our hopes we lose everything. This was a journey of transformation. It was a real birth, a discovery for the children, to express themselves alternatively. They have been stuck in that siege until today, even – despite what the outside world did or did not do about it. Gaza is still under siege.’ 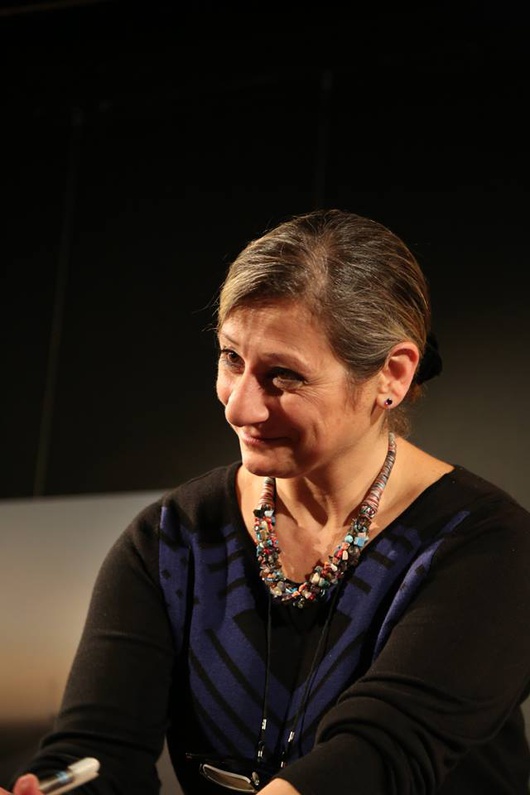 Today, Iman's proteges are the only mixed gender group still working together in Gaza, and have performed some six pieces. 'I was softer about our politics before, but now I am at the other extreme, I am angry,' explains Razan al-Azzeh. 'I’d lived in France for a year before I read The Gaza Monologues. Reading the children's voices was a sort of therapy for me.’ Iman describes a snowballing effect in the past three years, where she gets a lot of interest from young people over social networks such as facebook. ‘Fundraising and mobility remain our main problems, that the audience can’t always get access,’ she says. ‘But Palestine is good at culture. Thats our best representation of us abroad, our best production. Look at Trio Joubran for example.’

Enjoying the informal atmosphere, Aoun asks whether such classic questions would have been put to her had she been Israeli. When assured that yes, she explains that there was never a real official relationship between the two parties. The difference is that in the past, Israelis may have visited Palestinians and vice versa for sure. The cultural boycott and impact of sanctions helped put an end to that. 'Today, no-one is allowed to visit,' she says, her eyes wide, searching around the room. 'Physical walls exist, even if people want to go. Peace was synonymous with separation. Even if we had a relationship, people would be happy, but nothing would really change.’ In her eagerness and heartfelt wish to thank us for our attention, she delicately warns the audience that 'Palestine may ask a little more attention of you.' Her prayers aren't really answered. July saw the EU officially block funding for any Israeli foundations in occupied territories, but neighbouring Egypt's ongoing revolution in the same month further threatened Palestine's ongoing humanitarian crisis. The monologues will always be food for thought.