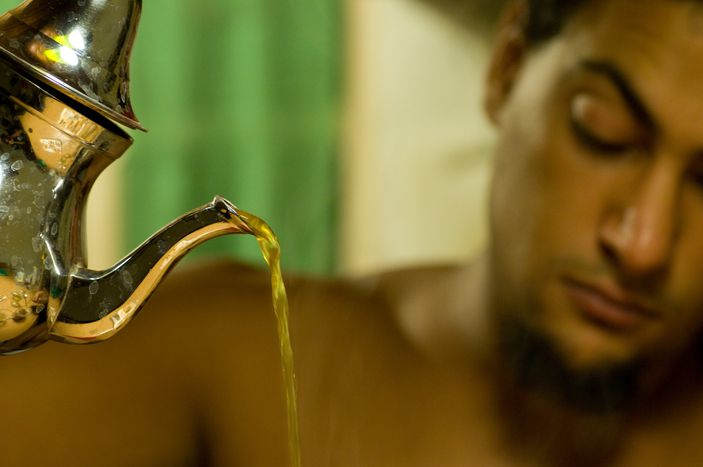 Illegal Immigrants in Paris - Between a Rock and a Hard Place

In the Paris metro, faces flash by like a multi-eth­nic carousel. French, African, Arab, In­dian, Chi­nese… dif­fer­ent lan­guages and dif­fer­ent back­grounds - it's like flick­ing through the chan­nels on your tele­vi­sion. France is truly one of the multi-cul­tural cap­i­tals of the world.

"France is no longer for the French," says Mrs. Leroy, a French woman and a mother of a two-year-old black haired girl, "We are the mi­nor­ity in our own coun­try." Some French peo­ple think that they are 'los­ing' their iden­tity because of the huge num­ber of im­mi­grants com­ing into the coun­try, es­pe­cially those from the Arab world. 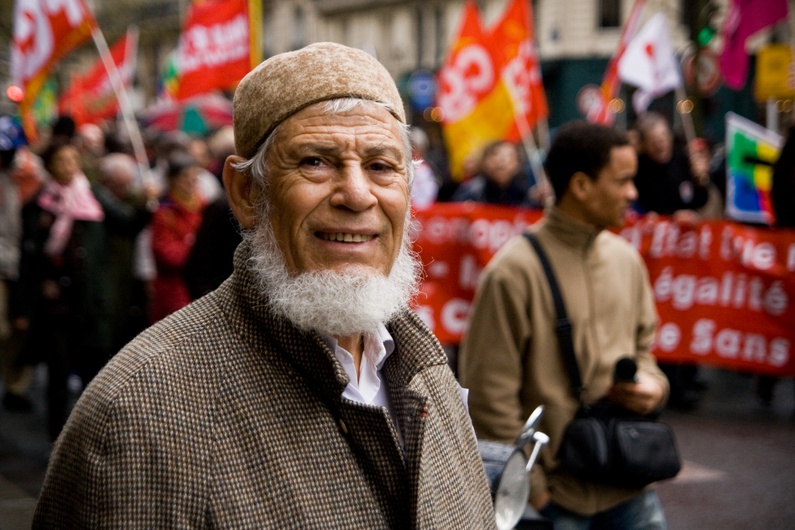 Arbi, 27, from Al­ge­ria, tells me about the first time he came to France while we ad­mire Paris from the top of Mont­martre. "I thought I would find heaven here- we used to know France as the Promised Land, the land of dreams, but it turned out to be a night­mare." Arbi now works as a se­cu­rity guard in a store on the Champs Elysée. "I came here when I was 22. I left school at an early age to make a liv­ing for my fam­ily, my mum and my nine sis­ters. I was mak­ing 20 Al­ger­ian Di­nars (1.85 euro) a day and that wasn’t enough.” With a smile on his face, Arbi tells me about his French girl­friend, "She was the only one who saw my truth and loved me as I am. She con­sid­ers my dreams as hers and that’s what I adore about her.” In 2001, Arbi was con­victed of drunk dri­ving and as­sault­ing a po­lice of­fi­cer, so he ‘es­caped’ il­le­gally to Spain, and then to France. “Now every­thing is legal with me, but I want to go back to my Al­ge­ria!” adds Arbi, “I love France, but this is not a way to live. I didn’t choose to be here, con­di­tions did.” 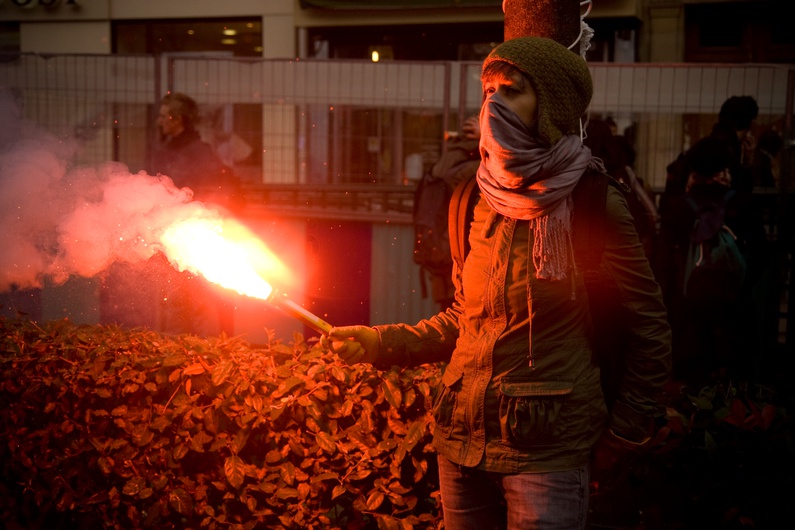 In a Tunisian restau­rant, I sit on the ter­race with Nader, 18, from Mo­rocco. Nader came to France four months ago with his 20-year-old friend, try­ing to make his way in the ‘land of dreams’. "My friend and I are al­ways on the move,” Nader says, look­ing at his mother’s photo in his hands. "We are like a blur, rac­ing every­where, doing every­thing, try­ing to sur­vive, just like all Arabs here, both with pa­pers and with­out." Nader and other Mo­roc­can teenagers crossed the Mediter­ranean il­le­gally to Spain and then to France and other EU coun­tries. “We paid over $1,000 for the short, dan­ger­ous cross­ing of the Strait of Gibral­tar,” Nader says. The boat, es­ti­mated to be car­ry­ing, ac­cord­ing to Nader, over 40 peo­ple, sank in the wa­ters near the Strait of Gibral­tar. “Some of us made it to the coast, some died, and oth­ers are still miss­ing.” 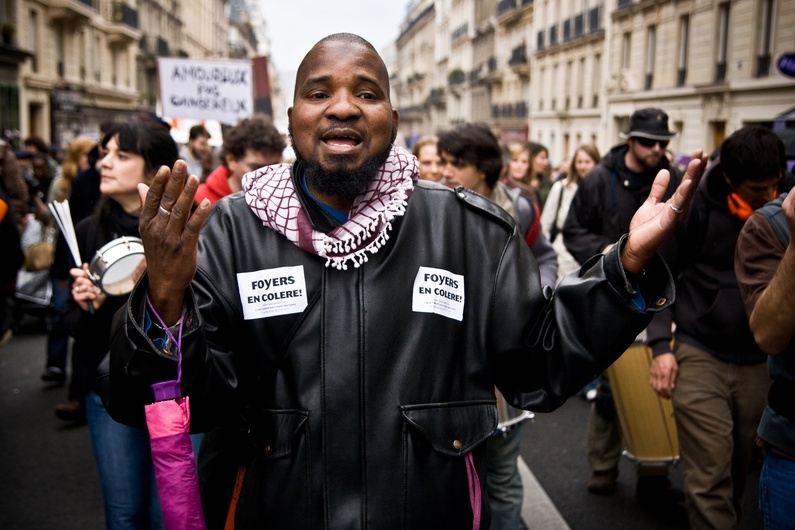 Nader passed days on the streets until a Tunisian man hosted him and gave him a job in his restau­rant. The owner knows  that he has no pa­pers and if the French au­thor­i­ties find out, they may close his restau­rant. “I have never felt safe since I came here, but Abdel Majid, my boss, treats me like his son. I don’t feel like I will go far stay­ing in France - this is not the life I came for.”  Three years ago, Nader’s fa­ther died from can­cer and his mum was a house­wife. For over a year, he kept look­ing for work. His mother searched too, but nei­ther suc­ceeded. Be­fore his fa­ther’s death, the fam­ily en­joyed a re­laxed, plea­sur­able lifestyle. A pe­riod of 24 months with no in­come proved to be dev­as­tat­ing for Nader and his fam­ily. Des­per­ate, Nader came to France il­le­gally. He wipes his tears with his fin­ger­tips, ex­hales slowly and says, "Peo­ple say there are al­ways other op­tions,” he con­tin­ues to crack, “but I couldn't find any." 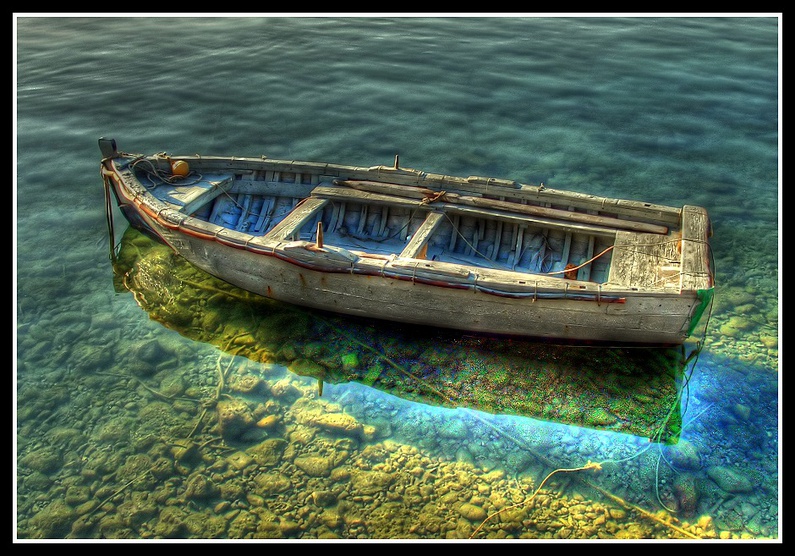 Many Arabs who enter France il­le­gally are stuck here. Un­able to work, they seek help from the Home Of­fice to go back. For some, the Eu­ro­pean dream sim­ply did not work out. Dis­cour­aged and dis­heart­ened, they go home. I speak to Saber, 35, a Tunisian-French man, who came to France in 2000 il­le­gally. “I left Tunisia in 1998 for Lampe­dusa. My first des­ti­na­tion was Italy; I thought I would stay there, so, like most of the un­doc­u­mented im­mi­grants, we started a ‘ca­reer’ sell­ing drugs. Months later, I stopped doing that - it wasn’t what I wanted to do. So I left Italy for France, where I met My Wife, Rad­hia, a 34-year-old Al­ger­ian”. Now Saber has legal sta­tus in France - he became French two years ago. “French na­tion­al­ity helps me to enjoy rights that im­mi­grants never en­joyed, es­pe­cially now that I have two kids, Mo­hamed and Fer­daws, and I have a good job.”