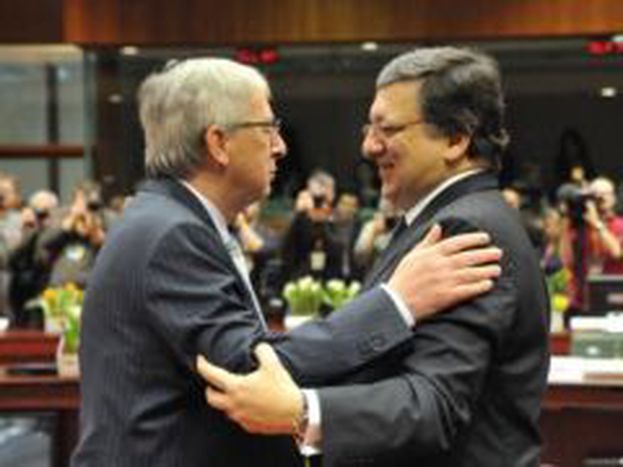 If you want press attention today, walk like an Egyptian

By Jonathan Macghiolla Chomaill and Sean O Dubhghaill When what you say doesn't mean anything, then yes, all of the world's ills can be tackled in an eight hour meeting. Europe's leaders are waffling again.

If you plan to say a lot about nothing

At the beginning of the European Council Summit you might have asked yourself: How can you fit so much (energy, innovation, climate change, fiscal coordination, stability in Arab states, emergency bailout mechanisms...) into a meager eight hours? This might seem like a difficult question to answer, and indeed a difficult thing to achieve. But this is only an issue if you plan to come up with some concrete solutions to existing problems. However if you plan to say a lot about nothing, or nothing about a lot well I guess your task become less difficult by far.

Take for instance Professor Jerzy Buzek, President of the European Parliament’s opening address. It seems that despite this being a conference about “Energy and Innovation” the president’s initial remarks are focused on the current unrest in North Africa, particularly Egypt and Tunisia.

I’m not going to say that European Councilors are jockeying for attention with Egypt although the last minute changes to scheduling and wide commentary by European leaders lends some credence to that.

Although these events are serious, and even ground-breaking, I’m not sure this is the correct forum in which they ought to be discussed, considering the words spoken say little and mean less. Reuters is reporting that EU Leaders have called on all parties to engage in "meaningful dialogue" towards free and fair elections.”. Are they going to spend late nights over gitanne’s and talk about lofty and inaccessible texts? What exactly does meaningful dialogue mean?

Where do we situate this meaningful dialogue? Was there a time at which the EU advocated for a meaningless dialogue? A sort of absurd spattering by a out of touch Autocrat? (for a plethora of examples of this please see Mubarak’s speeches here.