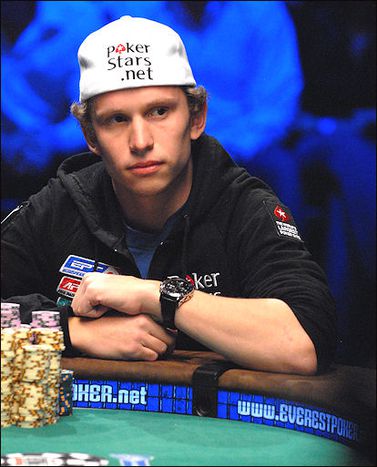 'If poker is a sport, why do I have this stomach?'

Technique, strategy, maths, patience and more than a bit of luck: these are the ingredients necessary to qualify for the final table at the World Series of Poker Championships on 9 November. With nine million dollars up for grabs, Denmark’s Peter Eastgate is the only European representative for this debatable sport

Who doesn’t remember the famous scene in the film The Sting (1973) in which Paul Newman manages to beat his opponent, Robert Shaw, thanks to his advanced method of cheating in a secret poker game. From the beginnings of poker, in the far west in the nineteenth century when you played with your colt on the table, cheating played a fundamental role. Even in 1834, the American Jonathan H. Greer described poker as the ‘cheating game’.

But the game that was once practiced in dangerous saloons, to the sound of piano notes, with courtesans and barmen who continually wash and dry whisky glasses, has today come into our peaceful living rooms. Texas Hold’em, the most popular variant, is the card game with the most players around the world. This is mainly thanks to the internet, but also to television, which schedules poker into its advert breaks during sports programmes.

When the ESPN sports station broadcast the World Series of Poker Championships (WSOP), they turned the game into a big event. Texas Hold’em first became popular across the US. It's success rapidly reached Europe, where the channel Eurosport started to show the various rounds of the European Poker Tour (EPT). The annual championship is competed in all around Europe, culminating in a grand final in Monte Carlo.

The American Chris Moneymaker, a professional accountant, did his part too. The 32-year-old started out by paying a 39 dollar (31 euros or £26) subscription fee at a tournament to qualify for the WSOP in 2003 at an online poker table. He ended up champion of the world in Las Vegas, pocketing two and a half million dollars along the way. He was able to pay homage to his name, and many have since tried to imitate him. Never before have online poker tables seen such an increase in activity.

The market sucks up millions of euros every day on the internet. The British company Partygaming, which has its headquarters in Gibraltar, made profits of 153, 900 million euros (£128, 89) in the first half of 2008, all thanks to poker. To add to that, the game has become a real profession for many people. Spanish players all know Armando Romano aka Sobraoboy (‘excessive boy’), a nickname which perfectly defines his personality and playing style at the tables. In October 2006, the former stock controller decided to bet 100 dollars (80 euros or £60) in an online poker game, after having practiced by playing for free. This was without a doubt the 'most profitable investment he had ever made’ by January 2007, he had already won 30, 000 dollars (24, 000 euros or £20, 000). He was able to take away more than the equivalent of a year’s salary, and kiss goodbye to his bosses.

Discipline and intensive training are two basic principles required for all sportsmen who want to go far; principles shared by all poker champions. However this isn’t enough to make the card game into a real sport. A debate amongst players over this subject exists. Armando Romano feels that it can’t be considered as a sport ‘as there is no regulating body,’ even if some have already been created and are moving in this direction. The World Poker Association (WPA) campaigns for professionalism in poker. At the moment, three European associations (Germany, Poland and Sweden) have already joined the WPA.

Juan Barrachina is the president of the Spanish poker association. He says that the poker tournaments ‘constitute a sport in every sense as every player starts off with the same number of chips at the same time and plays according to the same rules. Patience, technique and strategy make one player better than another, even if he has bad cards.’ Sports journalists Emilio Guerrero maintains that to ‘consider it as a sport, you would have to give it a physical element that it does not possess,’ a point which is supported by Armando Romano: ‘If poker is a sport, then why do I have this stomach?’ he jokes. 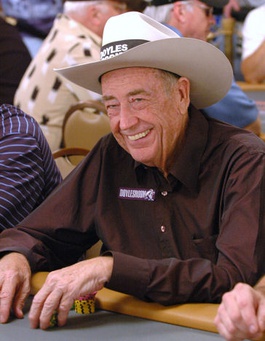 Everyone agrees on the same point: despite the role played by fate, you can’t talk about a simple game of chance. ‘You have to play well in order to know all the possibilities of the game and to know how to act at every moment,’ confirms Emilio Guerrero. Juan Carlos Barros, head of pokerpoquer.com, complains that ‘at the moment the game is incorrectly considered to be a game of chance.’ However, this wouldn’t be the case if, as he says, ‘we had a league table of the best players.’

Without a doubt, a bit of luck is required to make it to the final table. On the morning of 9 November, the biggest grand final will take place in Las Vegas: that of the WSOP, where more than nine million dollars is up for grabs. Peter Eastgate from Odense, Denmark, 22, will have to pitch himself against a majority of Americans if he wants to take away the jackpot.