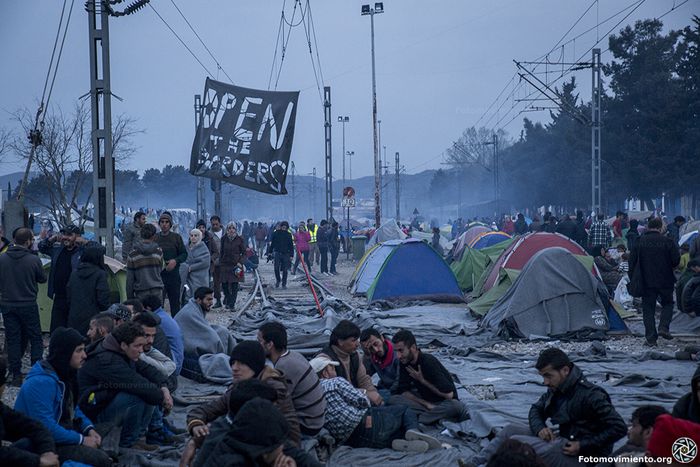 Dooo-do-doo. Dooo-do-do. Dooo-do-doo. The Skype dial-up melody can really drive you mad when you desperately need to talk to someone and can't get a reply. Imagine how that must feel when you’re sitting in the Idomeni refugee camp and the person who isn’t picking up is also the person processing you application for asylum.

Idomeni. In just a few months, this Greek village near the Macedonian border has acquired a sad kind of fame. Heavy rain fall plus a shortage of basic provisions and lack of housing make leading a normal life here impossible for many refugees.  Idomeni was once a stop-off point where refugees would spend a few days. Now, most stay for several months without knowing how or when they will be moving on.

There are just three options for refugees seeking official asylum in the EU: to apply for asylum, to apply for family reunification or to apply for resettlement in another European country. Permission to stay in the EU hinges on this application. So how do you make such an application to the Greek Ministry for Asylum and Migration? The surprising response: via Skype.

Hello? Is anybody there?

Skype. Sounds like a quick and efficient solution to the increasing number of asylum seekers in Idomeni, right? A quick call to a Skype contact and you’re done. Pretty handy, huh? We found it hard to believe that this is really the only way to make an application for asylum, so we decided to ask around. One of the people we asked was 20 year-old Rania Ali, who is originally from Raqqa in Syria and has been living in Idomeni for two months.

She explains to us that the whole system is totally impractical in a refugee camp: “Many people don’t even have access to the internet. Some don’t know how to use Skype or don’t have smartphones. That’s why it’s so unfair to impose these measures on them.” Oh surprise, surprise – not every refugee packed their MacBook and a pair of white headphones in a hip 'Fjäll Räven' rucksack before setting off. Not every refugee is equipped for potential Skype calls wherever, whenever. And not every refugee is a technophile in their mid-twenties - who’d have thought it?

Still more incredible than the unrealistic expectations placed on refugees is a problem which has little to do with technical and practical considerations: No one ever picks up. And even if you do finally manage to sort out the technology at a time which coincides with the brief call times – around three hours a week in English, Arabic and Farsi and even more infrequently for other languages – you’re put on hold and all you get is Doododoo. Rania has been trying to get through for more than twenty days now, but no luck: “It’s frustrating. You hope that they'll pick up but that hasn’t happened once so far. And I’m not the only one.”

"It's so depressing when no one picks up!"

Life in the Skype queue is slowly driving people to desperation; people who are only hoping to obtain asylum as quickly as possible. There is no representative of the relevant Greek ministry in the vicinity. No one. Not a single person. “It’s so depressing when no one picks up!” says Rania as she describes the situation in Idomeni. She fears that this will drive people to travel illegally with the help of people smugglers. “You really get the feeling that the underlying message is, ‘If you want to come to Europe then come! But don’t come legally, come with the smugglers”. And that’s really dangerous. It’s not something you want to try. If they don’t change the system, lots of people are going to resort to these life threatening alternatives.”

Face-to-Face to face instead of Skype.

With the help of Andrew, a volunteer in Idomeni, Rania decided to launch an online petition in order to voice opposition to the system. “I actually had the idea pretty early on, but I knew it had to come from the people themselves,” explains Andrew. He describes the defining moment when he saw, with his own eyes, a group of people trying to tear down the Macedonian border. “It made me so sad that they have no other way of getting in.” Through change.org, they are demanding that personal consultations regarding asylum requests are finally made available – fact-to-face instead of via Skype. But Andrew is sceptical that the Greek government will take their demands seriously: “I think they will probably say no. Or it will only be put in place in official camps because they want people to go there.” 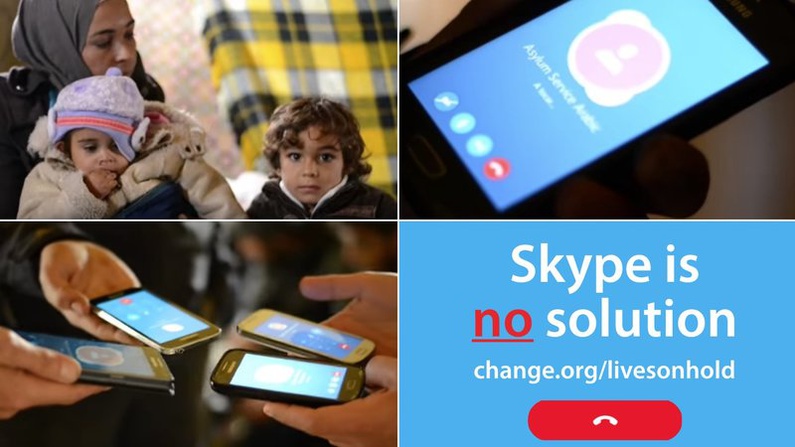 This Skype-based system makes it so impossible to make contact, it could almost be labelled the knowing obstruction of the right to seek asylum. The authorities have shown a complete disinterest in the fate of the people in Idomeni. Evidently, they intend to ride the problem out by avoiding communication altogether. The system is utterly unfair; people living here are not taken seriously. Once again, they have been put on hold. Doododoo. When will someone finally pick up?

So far, there has been no official statement on the matter.

You can support the petition for the face-to-face assesment of asylum requests on change.org

Translated from Idomeni: Asylverfahren per Skype