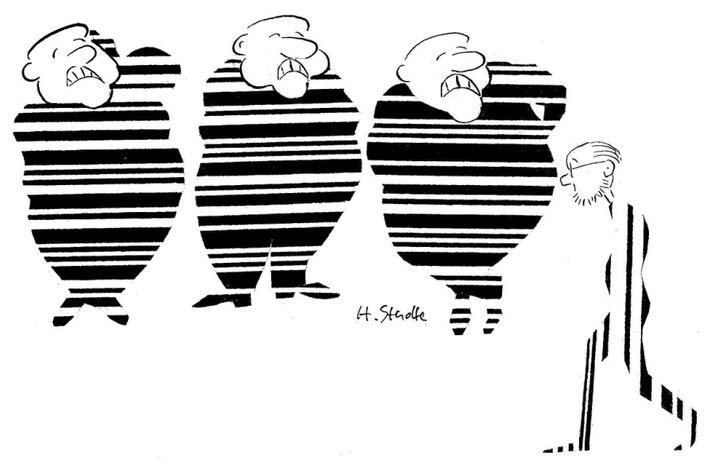 Identikit of a pure, indigenous European

The True Finns are the third largest political party in Finland. Are these nationalists and eurosceptics an exception to the rule in their Nordic region? Alongside the new leader of the National Front party in France, Marine Le Pen, the collection of ‘Indigenous Britons’ in the UK and Italy's Northern League, Europe has never been more inhabited by so-called ‘pure’ Europeans.

There are fewer than they would have us believe; at the risk of scaring those who wish it to stay that way

When speaking of ‘Stock, Blood and Race’ as the right-wing populists like to put it – an example being the influential nationalist blogger François Desouche from France (souche, sang, race) – it’s like immediately rejecting those who personify ‘dissimilarity’: i.e. immigrants. Europe is a world of immigration in itself if you will; even if both France and Italy would like to pull out of the deal by withdrawing from the schengen areaandagreement. Paradoxically, Europe is populated by political movements who concern themselves with discussions of ‘purity’. Top of the list is England’s Nick Griffin, who is the leader of extreme-right British national party (BNP). He has declared:

'The indigenous people of this island are the English, the Scots, the Welsh and the Irish. We are the aborigines here.'

Additionally, the UK Aborigines should not mix their culture overly with the non-indigenous; a quest for purity that is not typically British. The Italian northern league (Lega Nord) party has utilised the concept of ‘natives’ for one of their campaign posters, in this case an American Indian with the slogan:

‘They suffered through immigration; now they’re the ones living in reserves’.

The original concept of being indigenous has a different sense historically though; as fondly remembered by British newspaper The Guardian.

In times of economic crisis this cynical confusion could however be the victor. Only 3.1% of the population in Finland is foreign, but the True Finns (Perussuomalaiset) gained 19.1% of the election votes in April. This is not an isolated case either; in Austria, Italy, France and Poland – no matter how different they may be as countries – the idea of foreigners as a threat is permeating its way through. For some it’s a case of clinging to their ‘roots’. In Poland, it’s known as rdzenny Polak or the ‘Pure Polish’. In each country or almost all of them, people have been looking for a trace of an indigenous European. Some of the so-called UK Aboriginals are descended from the Celts, Vikings and Normans; a number of flattering identities hailing back to a mythical past of warriors. Those who would dismiss the English as mongrels, bastards or half-bloods, as in the Harry Potter books, would be met with resistance that is reminiscent of Nick Griffin. This discussion on origins is currently a hot topic in European politics, and especially in France where the debate on national identity has been met with some uneasiness. As far as Belgian columnist Hugo Camps is concerned in his article 'Undignified of Ourselves' (indignes de nous-mêmes), by leaning heavily on the notion of an indigenous European, we are basically at risk of become unworthy of ourselves.