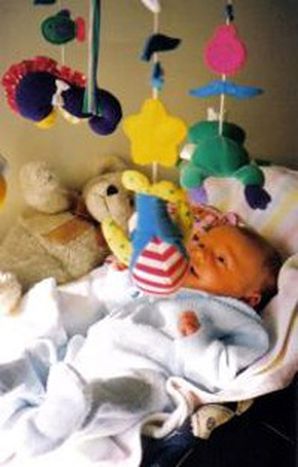 While aware of the pace at which our societies are ageing, Europe seems unable to develop societal models that allow our young women to combine ambitious careers with the desire to raise families. Except in Iceland.

Europeans are growing older or, more precisely, we are not giving birth in sufficiently high numbers any longer. As a dramatic example of this, Germany’s population is projected to decrease from its current 82.5 million to around 75 million by the year 2050. What’s worse, half the population of the EU’s biggest country will be over 48 at that point and one third will be over 60, which does not bode well for an already struggling welfare system. OECD numbers tell a similar story, indicating that up to 45% of the old EU 15’s population will be over 65 by the year 2020. Needless to say, Europe has a problem.

While there are certainly many pertinent explanatory factors for this trend, a comparative perspective on Europe and the Nordic countries yields an intriguing conclusion: our commitment to a society of equal opportunity for women and men has in many ways been half-hearted, particularly when it comes to providing incentives for young people to combine parenthood with their careers. We have accepted that both women and men ought to be able to make an independent choice on the goals they want to achieve, both professionally and privately, and that both women and men ought to have equal opportunities to pursue whichever profession they feel a calling for. Ironically, however, we have also accepted the absurd conclusion that a young woman’s pursuit of an ambitious career implies a choice that in practice rules out parenthood, unless of course she has a partner willing to stay at home.

We will not be able to resolve this conundrum unless we are willing to commit whole-heartedly to a European society where the genders are truly equal. European integration is only the organisational backdrop for a broader debate on what values we want to advocate and realise on a level beyond the nation state, en route to an emerging European society. In this sense, like on so many contested issues, we need debate across national borders on what we actually want gender equality to mean and we ought to find out what we can learn from societies – both in Europe and elsewhere – where opportunities and incentives to combine parenthood with an ambitious career are distributed more equally among the sexes.

From this angle, a tiny community in the North Atlantic seems to have it all figured out. While being at the top of the class in Europe as regards birth rate, Iceland is also on top regarding female labour force participation. At the same time, Iceland has the lowest unemployment rate for both men and women. How is that possible? Part of the explanation may be found in its generous and, perhaps more importantly, highly developed “gender-equality oriented” parental care system. Icelandic parents are entitled to a total of nine months of leave at 80% of their salaries – three months for mum, three for dad, and the rest to be divided as the two of them see fit. The same system is in effect in Sweden, where 60 of the 480 days of parental leave are non-transferable. In other words, each parent is meant to have an independent right to parental leave. In practice, this means that if the father decides not to take advantage of his paternity leave, the parents forfeit his share. This encourages fathers to take the leave they are entitled to, and ensures children's access to both their fathers and mothers. And it works! According to estimates, over 80% of Icelandic fathers are taking advantage of their entitlement to paternity leave. This way, both women and men are able to co-ordinate family life and work. More importantly, from the employer’s point of view, it also makes hiring a young woman just as “risky” as hiring a young man at child-rearing age. Concern that the system might lead to high unemployment among young people has proven not to be the case, with unemployment consistently low at around 3%.

But what price are Icelanders paying for the luxury of producing so many new citizens? Again, statistics are surprising. In relative terms, Iceland spends a significantly higher share of its GDP on child and family benefits than the EU average. Nevertheless, at 19.5% of the GDP, overall spending in the social sector is far below the EU average. Clearly, there is a lesson to learn for an emerging European society that claims to value gender equality at the same time as it fails to address the ageing of its constituent communities. But institutional guarantees, needless to say, are never enough. There needs to be lively debate in our nascent European public sphere in order for Europeans to develop a societal model where parenthood and professional careers can, as they ought to be, combined.