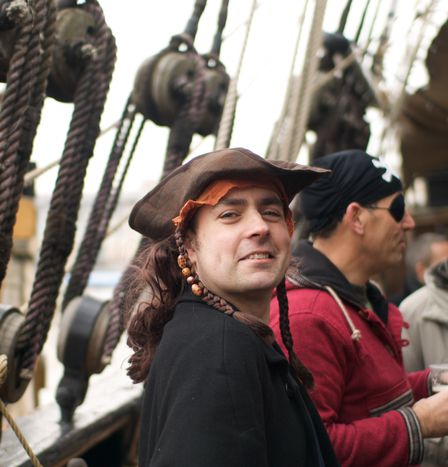 Iceland: How the Pirates are taking the wheel

In Iceland, the Pirate Party is comfortably leading the national polls after the Panama Papers exposed former Prime Minister Sigmundur Davíð Gunnlaugsson's offshore accounts. Reporting on a country that's ready for a mutiny.

The Icelandic Pirate Party does not trust mainstream politics. Having started out as a freedom of information platform, the anti-establishment party is today leading general election polling following the resignation of the former Prime Minister in the wake of the Panama Papers.

According to recent data, the party would currently win around 43% of the vote. However, even before the leak, a survey conducted on the 11th of March showed they had averaged 38.% over the last year, maintaining pole position. If Iceland held elections today, no majority coalition could be formed without the Pirates.

"People sense that we stand for enacting changes that have to do with reforming the systems, rather than changing minor things that might easily be changed back," claims the party on their website.

Led by Birgitta Jónsdóttir – a former WikiLeaks activist – the group refuses to be labelled as left or right: "We consider ourselves hackers – so to speak – of our current outdated systems of government."

"They won't be able to resist it for long" 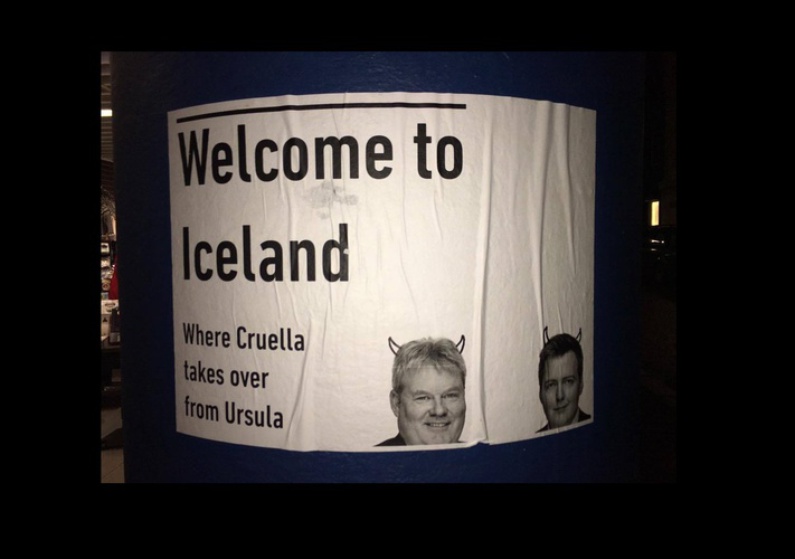 The party argues that the lack of openness in politics allowed now-former Prime Minister Sigmundur Davíð Gunnlaugsson and two other prominent ministers to engage in ethically questionable banking activities. Judging from the protests that have been taking place in the capital of Reykjavík, the population agree.

One of the page's administrators, Sara Oskarsson, is an artist and Pirate Party affiliate. However, she prefers to identify herself as a "very concerned and angry" citizen. "Jæja does not represent any organisation or movement, except itself," she explains. "It's a platform for the voice of the people to be heard."

Public opinion doesn't seem to be too favourable towards establishment politics. Even local newspapers are predicting tough times ahead for the current Government and the allegedly compromised ministers.

"They won't be able to resist it for long," claims Paul Fontaine, news editor of the Reykjavík Grapevine. "So long as the opposition keeps pushing, the protests keep happening, and dissent grows within their own ranks."

The American journalist adds that, after two coalitions involving four different parties, "people see the Pirates as an exception to the rule". He believes that their policies based on direct democracy and increased transparency are "very appealing to Icelandic people exhausted with corruption".

Valgerður Björk Pálsdóttir, Secretary-General of the Bright Future party, shares these views: "People just want politics without corruption and politicians who tell the truth and act according to what they preach." She admits that the electorate may see the Pirates as "a wind of fresh air – something very different than the current government", but hopes that they will "open their ears" to Bright Future as well.

The Icelandic Pirate Party differs from similar movements across the globe in the sense that it has large electoral support and a plan for the economy and wider governance. Thus, the idea of the Pirates ruling Iceland might not be so far-fetched.

The party argues that it must listen to the people and "push for new elections as soon as possible". They also stress the need to adopt a new constitution, believing the current one to be "wholly unclear" in crucial areas.

In 2013 the country came close to passing a "crowdsourced constitution" into law. Gathering for a one-day meeting, citizens were asked to list principles they would like to see in the new proposals. Following this process, those involved were able to comment on the document's content via Facebook, Twitter, email and post. In total, there were around 3,600 comments on a total of 360 suggestions.

Even though the resulting proposal was approved in an October 2012 referendum, it was eventually stalled by Parliament, raising dissent from the populace. "The current government has ‘held it hostage’ in a way, and sabotaged the process of getting it into effect," explains Oskarsson.

The rise and fall of Sigmundur Davið Gunnlaugsson 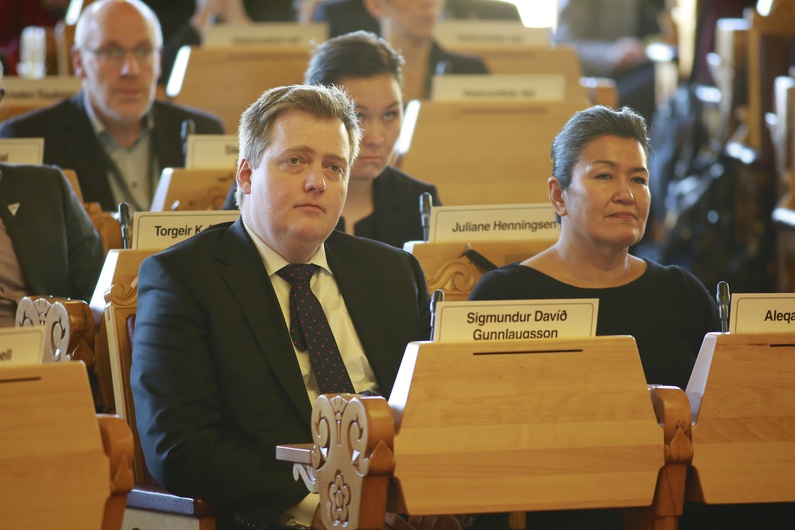 The anti-establishment Pirate Party would have had to wait another year for the Government's term to come to an end, but Gunnlaugsson's involvement in the Panama Papers changed everything.

In 2013, Gunnlaugsson seemed to have everything going his way. As well as having become the youngest ever Icelandic Prime Minister, he was famous for refusing to give in to the country's banking system following the global financial crisis of 2008. However, his popularity had been declining recently, and his involvement in the Panama Papers delivered the final blow.

According to the leak, in 2007, Gunnlaugsson and his wife Anna Sigurlaug Pálsdóttir set up a company in the British Virgin Islands to hold her inheritance, including bonds issued by three of Iceland’s banks. When he became an MP in 2009, he sold his share to his wife for 1 US dollar, but failed to declare the existence of the company on tax records.

The public considers these bonds a conflict of interest since it could be argued that the banks therefore held influence over Iceland’s government. Facing mass protests, Gunnlaugsson submitted his resignation and handed over powers to his deputy, Sigurður Ingi Johannsson, formerly in charge of fisheries and agriculture.