I want a EU referendum in Britain

The 5th March has been something of a special day. I was in London, during Gordon Brown(the first)’s era. That same Brown that denied, in a heated debate in the House of Commons last week, the referendum about the European Constitution promised by Blair...under the pretext the name of that agreement is now Lisbon’s Treaty.

The core of the Treaty is still the same, everybody knows that, and the New Labour – and with it the political elites of the Old Continent – is fuelling the Euro scepticism. That was I wrote in an article . 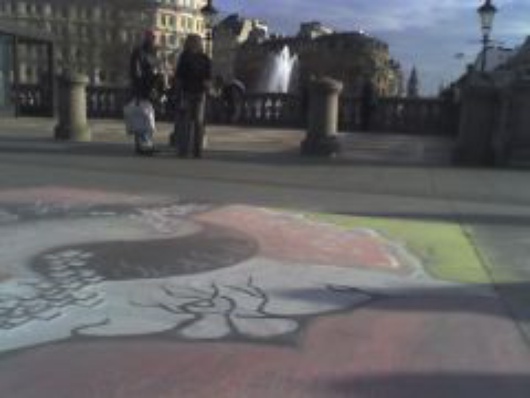 Apart from that my 5th March in London has been a lovely sunny day. Let’s stroll around then from St. Pancras Station to Old Street. Here on the left graffiti in Trafalgar Square, on the background is the Big Ben. The difference between the English, not used to the light and the Italian tourists armed with the compulsory sunglasses is blatant! I meet later on an old friend from University, a true babelian, Alberto that runs those people who do business without forgetting the general interest. Chapeau! I want to introduce a bit of Cafebabel to him but, for a change, the plugs in England are different from the rest of the Continent. Might God curse these antediluvian barriers to communication! 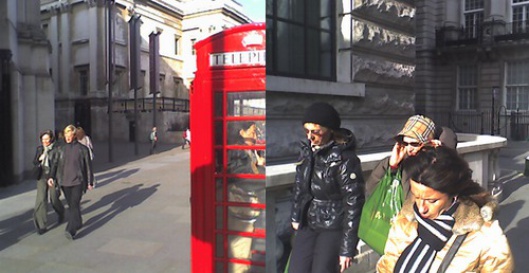 a community for social entrepreneurs, 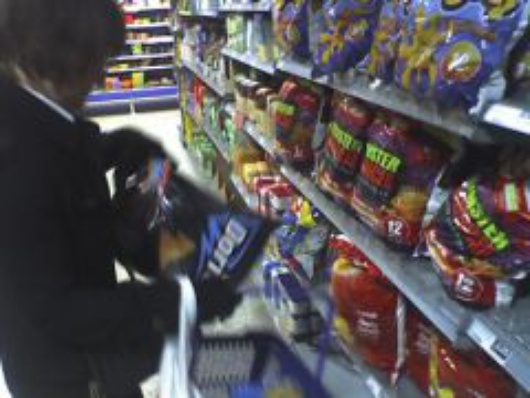 I meet then Annette, responsible for the local branch of Cafebabel and co-organiser of the debate I will take part in, at the London School of Economics about “New Media and European Democracy”. Stop at a supermarket. I found that London prices are now much lower compared to when I used to live here, in the Lira era, in 1998, for two months after leaving high school. Maybe it’s our prices that have soared in the meantime! 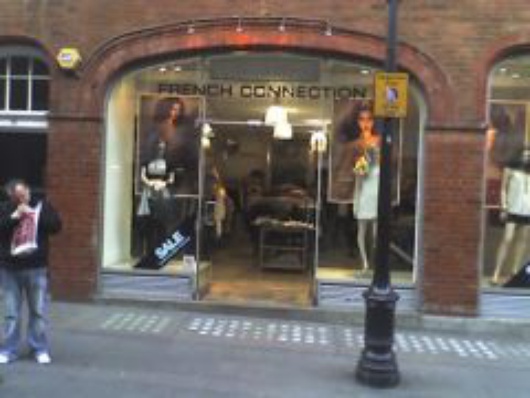 And I still have an unforgettable memory dating back to that period...memory of an evening spent with Luca’s guitar (my adventures mate), a Scottish hippy and many pleased passers by. We were in Covent Garden in front of this shop. The weird thing is that that shop is now called “French connection”. 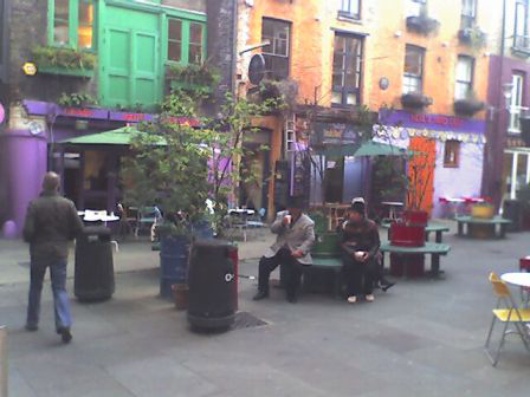 And it is just in Covent Garden, in a place where time seems to have frozen Neal's Yard, that I came across Zsofia – an Hungarian girl former College of Europe, now in charge of the press releases of the European Council on Foreign Relations, a new centre of studies sponsored by the tycoon George Soros, that is defined as the “first pan European think-tank”. 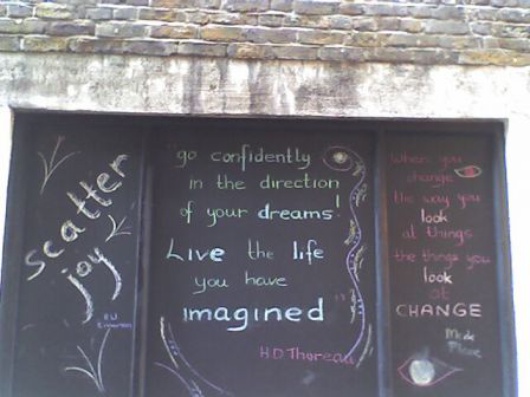 In the lane that leads to the Neal’s Yard one could read this nice sentence that has added a bit of magic to my trip: “Live the life you have imagined”. 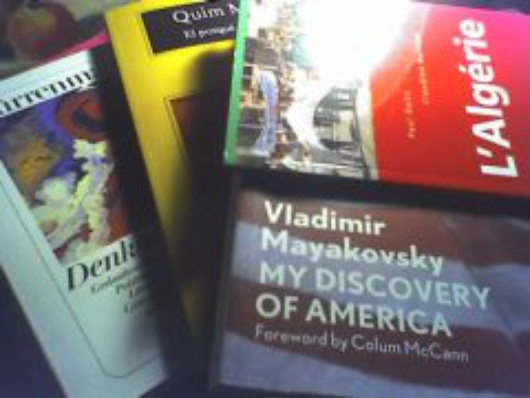 After the debate, debate in which Andreas, author of Kosmopolit euroblog, stood out, off we went to the pub and later to Annette’s where I took this picture, caught on the bedside table: four books in four different languages. We really are babelians! 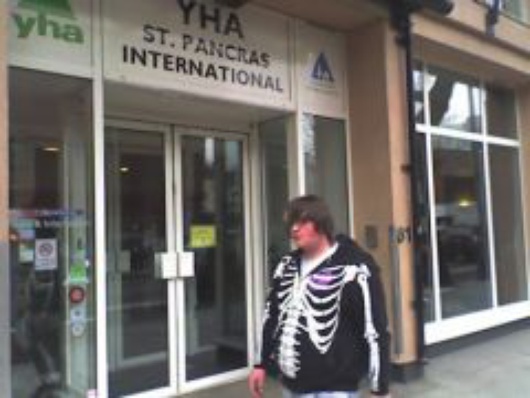 The following day, I am nearby the brand new St. Pancras Station, (my Eurostar train to Paris sets off from here) you could have come across this funny character. A way, from the swinging London to wish me adieu...or maybe...bye bye!