'I Never Really Thought You Should Get to Become Dogs' 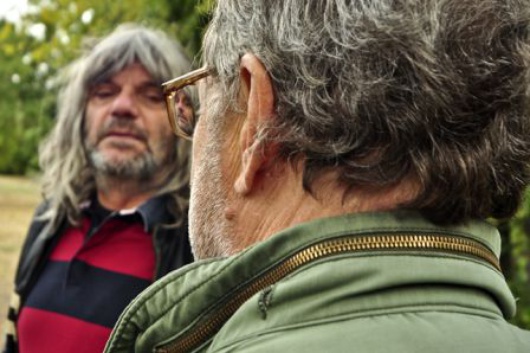 Thirty years after making the cult film 'Kopaszkutya' (Bald Dog Rock, 1981), director György Szomjas doesn’t want to make a second part of the story, but a retrospection of the past decades in the language of film, which will be a mixture of documentary, musical and fiction.

'Bald Dog Rock' has been seen by one million people in the Hungarian cinemas while the two farewell concerts of the Hobo Blues Band (HBB) had 22 thousand visitors last spring. This predicts massive public interest in the movie 'Bald Dog Rock II'.

'It would have been interesting to make only a fiction, but the style we are standing for is neither trendy nor mainstream so nobody finds it attractive and we have no resources. The main characters are looking back at the movie while they talk about the last thirty years: what they’ve been doing in this time. This is what the director is interested in, but we don’t know the final form, because we are only through 5 shooting days. I am optimistic about it, it will be full of honest and deep things, I think', says Hobo. 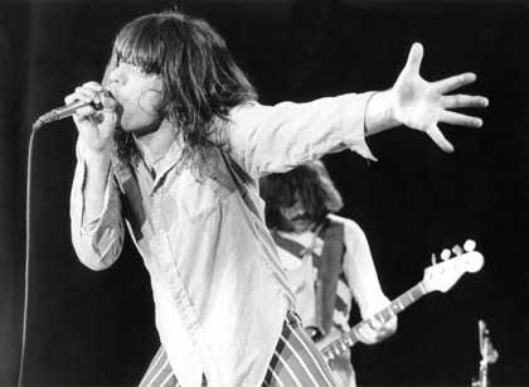 György Szomjas collected for the film good quality music, which has survived the test of time. The shooting took place at the backstage, in the flats of the musicians, at the slopes of Tabán (a big park in Budapest by Gellért Hill), where the creators recalled the former concerts and the shooting of the movie. They were shooting life at the music school established by Egon Póka in Kőbánya and at the rehearsals, and there are also some reconstructed fictive scenes in the film, which were left out of the original movie.

In 1981 the first showing of the film 'Bald Dog Rock' evoked the aversion of Hobo: most of the public indentified the characters with the musicians of the band, although the movie was the creation of György Szomjas, and not the story of the Hobo Blues Band. The targeted audience accepted the movie, people could identify themselves with it and it turned into a real cult classic. Hobo’s ironic discovery that 'you should get to become dogs' (i.e behave in a primitive way and avoid the intellectual allures), has become a sentence that was taken seriously by everybody without considering the irony of it. In reality it was the band’s self-definition against the cowardice and hypocrisy and it wasn’t aimed at the youth. 'In those times a man of 30 wasn’t considered as a young man.' It’s a failed interpretation as well that the main group of the audience the music was addressed to was the proletariat. 'I’ve always played what I thought was good and I’ve never taken aim at social classes. Blues is not the music of the poor, but it’s for everyone. The HBB never had a forerunner and nobody took this way either.' They are popular in wide ranges of the society, but Hobo thinks that certain parts of the intellectuals still condemn their music and its message.

The film was a great success in Poland and in Bulgaria as well. Fourteen Polish universities invited the HBB for a tour, which manifests their effect on the youth. They created a platform for the young people of the socialist countries, which is hard to imagine today. It represented through the Hungarian peculiarities and contradictions the common problems as well. It had a universal message, which was easy to identify with and created a standard language among non-conformist people who were longing to get away. The film that made Hungary an attractive country has several fans today as well.

'Nobody ever thought it would have such power, and we didn’t care about it, we were simply doing our job. Shooting is hard work to do, there was no (financial) possibility for preparation like in a Hollywood movie: we had to work like hunted animals both in the political and financial meaning of the word. The LP was banned (it could come out only after 13 years) while the film was running, but that wasn’t easy to achieve either. '

The effect of the movie on the Bulgarian music life is relevant seeing the career of Vasko Krupkata who established blues music in Bulgaria under the influence of 'Bald Dog Rock' and is still the leading figure of the scene.

'I didn’t know about this, it’s a good thing to hear. I know him personally, he’s a good friend of mine and comes to Budapest in December. He’s able to pass on to others things that are taken over from me and which I have also taken over: music, mentality. This is a long line which begun at the ancient Greek or Roman times, being followed by Bálint Balassi and the folklore ballads; the difference is that now the authors remain known for the posterity. I’m only one in the line which Vasko Krupkata joined together with the Polish and Russians. I’m happy for being part of it all', explains Hobo.

Today we can see the revival of the eighties because of different reasons. There is some kind of reconsideration of what was produced then and the whole era is studied in different ways: the cult movies are being reconsidered and they are given new interpretations as well from the distance of the last decade. A good example for this is the examination and popularization of the work of the band 'Bizottság' (Commission). Hobo’s opinion about the exhibition in the Műcsarnok (the main exhibition hall for contemporary art in Hungary) is the following

'I have never heard in my life about a band having an exhibition. It’s OK that András Wahorn or efZámbó or feLugossy (members of Bizottság – ed.) has an exhibition. This is a big joke and I don’t know, what’s behind it. In the Rolling Stones there are two painters – Ronnie Wood and Charlie Watts – and even Keith Richards is an artist (but he isn’t as professional), but I’ve never heard that any of them had an exhibition of fine arts…'

This strangeness can easily become a kind of distortion. Although 'Bald Dog Rock' is not close in its methods, style and way of thinking to the movie 'Ice Cream Ballet', based on the music of Bizottság, the two works give the impression of the same era. So maybe it’s not an accident that the exhibition of Bizottság and the making of Bald Dog Rock II are taking place in the same year. It’s the right time to reflect, but Hobo is against being sentimental, and he doesn’t want to be part of the foreign trend of being obsessed with the memories of the past. He prefers going forward with the work

'There’s absolutely no nostalgia; the film is based on the music of the Hobo Blues Band. It’s our farewell concert which was played for 20 thousand people in February. The band played at full intensity, and there’s no nostalgia in it, but it’s still the music made by real men, and not some powerless guys, if you know what I mean. We played music full of energy. The HBB really said goodbye, it has finished playing, but I continue to play. Not with the HBB, but with the HB, which means Hobo and his Band. I will be on stage tomorrow and after tomorrow as well. ' 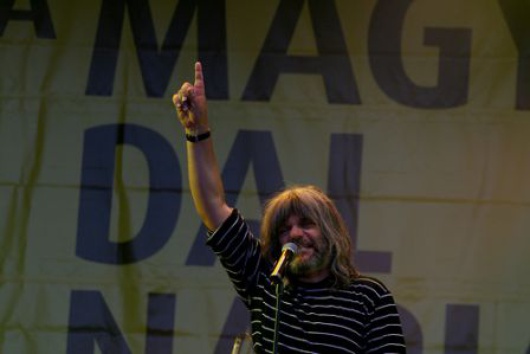 The planned date of the premier and the concert of Bald Dog Rock II is 9 December.