Between a war of information and the disinformation of war – how to judge the effects of the war in the former Yugoslavia. Second in our three-part series

The war in the former Yugoslavia showed me a whole new method of warfare. A sort of ‘info-war’, a virtual conflict. On our television screens we saw so-called ‘surgical’ strikes destroy the countryside via computer game imagery. It’s a way of pushing aside the fact that a bomb kills, destroys, pulverises. The truth is that ten or twenty years later, I feel like I’m suffering from amnesia. The dates are muddles up, the points of reference disappear. I had to go and check the information for myself, in the streets of Belgrade. I had to see the impact of the bullets still visible there. And the buildings that remain gutted, as if they were a sort of cemetery to refresh the memory and allow a glimpse of the recent past. 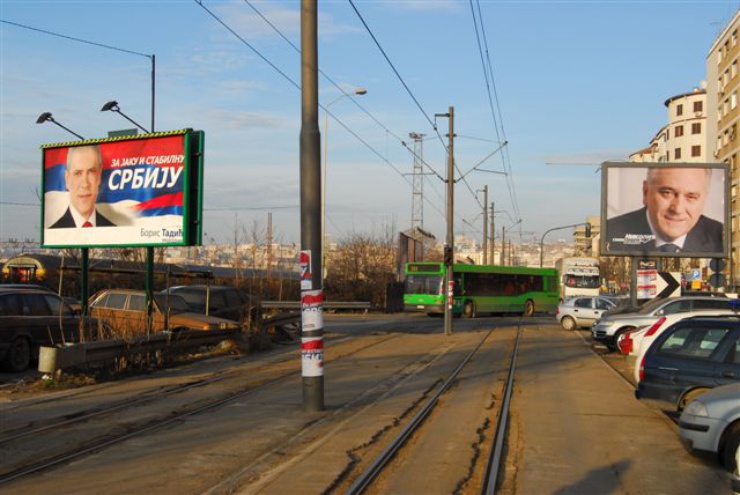 Walking through the city, I can only imagine what happened in Belgrade and elsewhere. Through our conversations with people we meet, a generally accepted idea is erased: it seems that the period of the war was not considered a particularly unhappy one by the young people here. I hear Marko’s account of it: ‘Yes, it was hard, but we had to carry on our lives despite it. So we danced in the basements of apartment buildings.’ A sort of peaceful rebellion, when students tried to rally international public opinion by trying to project a certain image of Serbian life.

We are able to photograph anything, even during the craziest coke-fuelled parties

The scars of the war are still present. In an ironic twist in our story, the only obstacle we encounter whilst producing our report is standing in front of the US embassy. We are able to photograph anything we want and anyone we want, even during the craziest coke-fuelled parties. Everything. Except the wall of the embassy. The soldier on duty wants to wipe our memory cards … 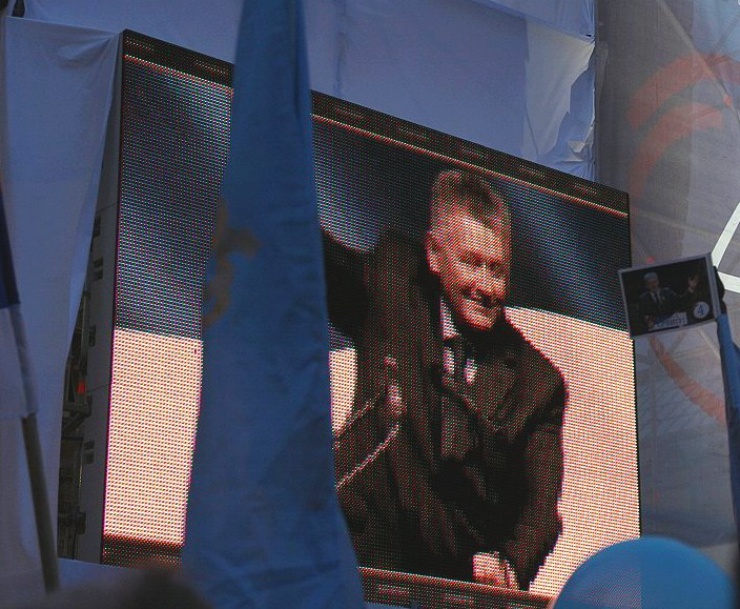 We may not have seen the war but we certainly see something of the war of information. After each post on our blog or logbook, posted comments try to give false information on our work, to make us seem like NATO advocates or candidates for the LDP, Serbia’s liberal democratic party. In this information society, I don’t see the war. I will have only read it.

At the end of that January, the city of Prishtina has gone for a ‘destroyed’ look. Embedded in a valley, there are only signs of life at the very centre of the capital, around the UN bases. Armoured vehicles – whites 4X4s and other vehicles belonging to KFOR, the NATO force in Kosovo – block the streets of the city centre. 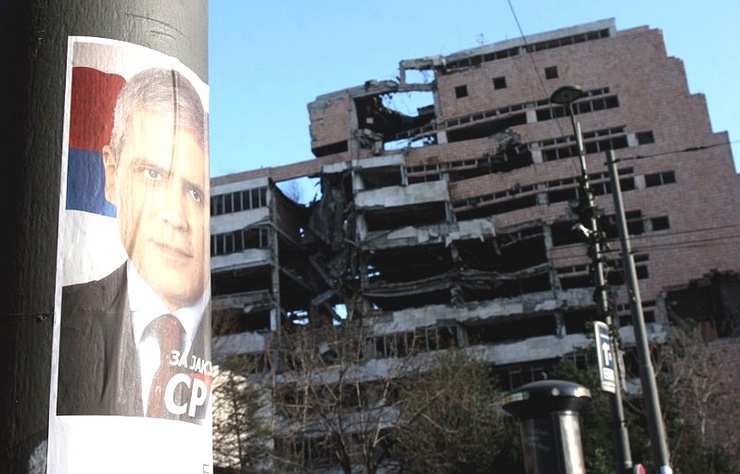 Kastriot tells us this story of his exile in Switzerland in the late eighties. We also hear another account from Arden, a young teacher living about 20 kilometres from the Kosovar capital. After studying geography, the only job he could find was teaching English. But he doesn’t complain. He no longer dreams about his own future but about that of his young cousins, Liridonana (14), Leutrim (13) and Dafina (12), who were refugees in France from 2005 to 2007 following the unrest that shook Kosovo at the end of 2004. They were expelled from France along with their parents last September. Leutrim has a deformed leg and was supposed to receive treatment in France. Living in the village of Lipjan, he now risks losing all use of his leg, this small boy who dreams, like all kids his age, of being a footballer. At home he has a poster of the Olympic Marseille player Samir Nasri.

As for Belgrade, the city still shows some traces of the 1999 NATO bombing. Other than that, the Serb capital looks like any other European capital. Many young people have done all they can to forget that dark period. But it isn’t easy to forget. For many, demands for Kosovar independence are without any basis. ‘Yes, the Serbs have made mistakes, but Kosovo is the birthplace of our nation and we will never accept its independence!’ says a young Serb in our youth hostel, losing his temper. ‘Calling for Kosovo to belong to Serbia does not make us nationalists’, adds the owner of a traditional Belgrade restaurant. ‘You must understand, my brother lives in Mitrovica, a Serb enclave in the north of Kosovo. After independence we would be separated by a border, and he would no longer be safe!’