Hybrid Europeans in the Middle East?

Turkey is destined to join the EU. Despite hard-to-please European civil servants and the contrary positions of their seniors, the politically-minded young want Europe to reach the Caucasus. 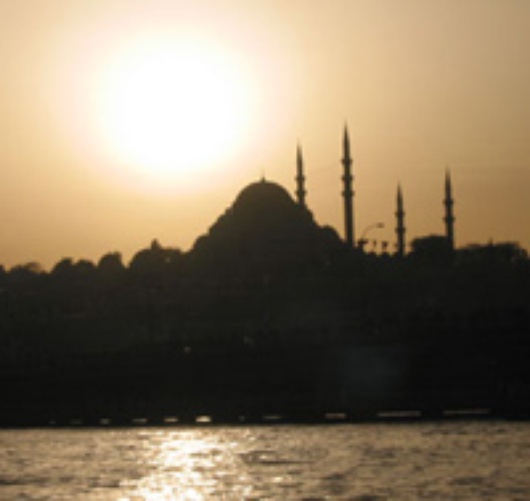 There is no need to go back to 1453 and the fall of Constantinople to witness the degree of attachment between Turkey and the rest of the European continent. From as early as 1964 there has been an agreement of association between the EU and Turkey, an agreement which consequentially has become a mark of the antechamber of the European membership process where neighbouring countries currently find themselves themselves.

To illustrate, Turkey has been a candidate for membership since 1987, long before next month’s imminent new members were lined up. In contrast, a customs agreement was drawn up between the two in 1995 which has since proved to be useful and looks set to evolve positively since Turkey has come to be treated as the ‘sick foreigner’. Even so, Turkey has shown on numerous occasions that it still feels badly treated (take its protest at the 1998 European conference in London) although this hasn’t excluded it –still one foot in and one foot out- from pre-membership proceedings this year.

To the average European citizen, it seems Europe’s politicians are sitting back and doing nothing whilst processes evolve ambiguously. Those representing European youth politics are seemingly raising what is both a creed and a vigorous analysis, showing a sometimes surprising disassociation from their parties’ proposals in parliament. The youth group of the European Popular Party (PPE), lead by Daniel Bautista, shows support for Turkey’s eventual entrance to the EU, which has managed to shadow last year’s declarations from some of the PPE’s leaders that the addition would mean certain apocalypse for the Community.

In this field everybody is saying the same thing: ECOSY’s youth group is in tune with what the PSE defends, ie the plea for Turkey’s entrance without breaking the rules. They also accept the idea of the Greens and young Liberals at the centre of the LYMEC. It is the LYMEC who are pragmatically showing before the entrance conditions the benefits that Turkey will bring for both parties, benefits which are not dependant on taking advantage of a potential market expansion that is expected to become part of the EU.

Advantages for the European Union

Taking the words of Aloys Rigaut, treasurer of the LYMEC, Turkey’s adhesion to the EU “will guarantee the stabilisation and security of Eastern Europe’s human rights just like the rest of Caucasus”. But he goes further, rejecting the need for Europe to convert itself into a Christian ‘members only club’, and thinks that with Turkey, there will be a more straightforward approach towards Muslim integration. In particular, Rigaut values the NATO bastion, which represents Turkey’s defence of Western values, which is in its own interests. Furthermore, ever since the YEPP sought advice on how not to underestimate the geographical position of the country in question, he adds that he would not accept the compromise of a special statute of association.

According to Ief Janssens, the conditions for Turkey’s membership must still refer to the existing model, which is neither a help nor a hindrance for the journey. These conditions are still the same ones announced in Copenhagen in 1993: firstly, a stable democratic institution which makes human rights a priority, something in which Turkey has shown considerable advances; then, respect for and protection of minorities, which Turkey is now moving towards; and finally, a viable market economy which is able to face competition and therefore able to invest common property, which is quite extreme given the amount of underdeveloped countries. In relation to this last point, the confidence of the LYMEC could perhaps be based on Recep Tayyip’s moderate Islamist government’s liberal nucleus, surreptitious as it is.

In his opinion, Jacopo Moccia, spokesperson for EcoleJ (youth ecologist platform associated with the European Green Party), thinks that importance should be placed on “respect for human rights as a prerequisite for EU entrance”. He deeply regrets the persecution of the Kurdish people, the Turkish State’s arbitrary security forces, and he questions the independence of judicial powers in a country where asylum application procedures are insufficient and whose military forces protect and shadow according to the political force in power.

Jacopo Moccia also takes the opportunity to suggest that the EU is fair in that it treats others as it treats itself, “including the European charter for Human Rights in the preamble of the Constitution, therefore guaranteeing the protection of minorities and of social rights for all EU residents.”

Finally, the YEPP affirms that “the hardest thing is to change (European) public opinion” with regards to Turkey’s entry in the face of young European Conservatives who say that the Turkish addition will be dangerous and lead to paralysis for the integration of other countries.

But, is there really a current of public opinion against Turkey’s membership? Only the ballet box will tell.