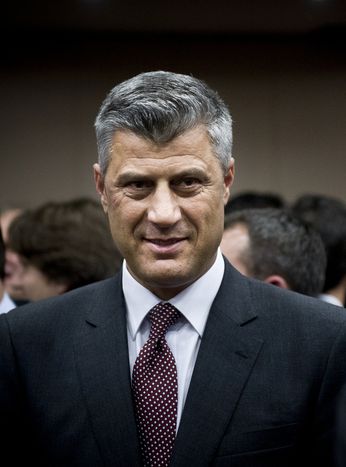 A  serious politician, an ex-commander, a suspected mafia boss: the prime minister of Kosovo projects many images which reveal the Balkan region’s searing wounds. That’s why we went traipsing after the 42-year-old on his own turf, from the entrails of the Kosovar countryside where his family lives, to general Serbian limbo and a casual encounter with the man himself in an official setting

No sooner do I reach Prishtina that I hear a cocktail shindig is going on for politicians or something like that in the Grand Hotel. I enter the hall without safety checks to be faced with a mass of suits with bowties and champagne trinkets. One of these in particular is going around with a proud air: it is Hashim Thaci, the former liberation army commander, current prime minister of Kosovo and, according to a February report by the council of Europe, a crime leader of heroin and organ trafficking networks. ‘It’s now or never,’ murmurs my Argentinian photographer colleague, so I edge toward the group of men whose hands Thaci is shaking in turn. As he turns to me, he looks at my hand, then my trainers, jeans and hoodie until we’re face to face, albeit mine is latino, slightly bearded and slightly stress-lined. Thaci frowns slightly, in a sort of gracious who the hell are you sentiment.

‘Mr. Prime Minister, I work for cafebabel.com and I’d like to ask you a couple of questions.’

‘Questions? Now?’ he says, surprised. ‘No, no…’ He turns stealthily to a woman in red with his eyelids lowered and eyebrows raised, letting out an almost inaudible tut – the classic gesture of someone who loves being observed. His face verifies his attitude: his eyes are sunken (meaning he doesn’t listen much), his forehead narrow (meaning he has scant but sound ideas) and his chin wide, though it doesn’t jut out (meaning despite his strong will, he can adapt to circumstances). This is a country (or a Serbian secessionist region depending on who you ask) where everyone knows each other and where you can exchange a few words with the prime minister after having just landed in the country. Each of the two million Kosovars (90% of whom have Albanian origins, 7% Serbian and 3% of other ethnicities) have an opinion about Hashim Thaci. Just ask people about him and you’ll get their political position within a shot.

Put the commanders out to grass

Pristina, 17 February 2011. Thousands of Kosovar Albanians celebrate the third anniversary of independence with Kosovar, Albanian and US flags. ‘He looked at you weirdly? That doesn’t surprise me about Thaci,’ says Sokol. ‘I used to work in the same building as him and he’s not the most communicative of men.’ Sokol is the perfect example of Pristina’s dynamic youth: at thirty. he's well politicised but jobless.

In unstable countries, the underground and prison are political advantages. The former sells the image of a patriot in the habit of making difficult decisions - Thaci fought for the independence of his country - whilst the latter is more powerful, more charismatic: a politician can be converted into a martyr, a thinker and a symbol whilst he is behind bars. Thaci only had the underground (his code name was not so bad, considering: just call him Gjarpëri or ‘Serpent’), but this inertia is wearing down, according to Sokol. ‘We loved him during the war (with Nato in 1999 - ed). He was a reference, he was the political leader of the guerilla army. But now corruption reigns. You see this building?’ Sokol says, pointing up at the evidence. ‘The company of the new president Behgjet Pacolli built it.’

It’s one in the morning. Drini, 27, is sitting in typical Balkan fashion: legs apart, hand on knees, chest up and elbow on the table. ‘This Thaci thing is all politics. He didn’t shoot a thing.’ Drini wants the former leaders of the KLA guerilla organisation, who are now corrupt and well-to-do, to leave off power to the newer generations. ‘Thaci doesn’t really have power: he’s staying afloat off the back of the influence of numerous clans. In the end he’s just doing what the United States dictates.’

Read Albania-Kosovo mafia, ‘cablegate’ and other cases of blindness on cafebabel.com

With this obvious issue of contention aside, none of the Kosovar Albanians I interview believe the report which accuses Thaci of having financed the guerilla organisation through criminal activities. There are three main reasons, they say. Firstly, there’s no proof, apart from the information coming from secondary sources like British and German intelligence analyses. Secondly, council of Europe prosecutor Dick Marty and former UN war crimes prosecutor Carla del Ponte are pro-Serbia (even though the latter was the one who locked the former president of Serbia Slobodan Milosevic up in 2000). Thirdly, any idiot knows that the KLA didn’t have the infrastructure to traffic organs – yet amongst the most popular countries for organ trafficking you can count upon the weak infrastructures of the likes of Pakistan, Moldova and Mozambique.

During the nineties Milosevic instilled an anti-apartheid occupation in Kosovo to generate terror and refugees. The separatist KLA initiated operations (of ‘resistance’ for the Albanians and ‘terrorism’ for the Serbians). The KLA started the war which ended up seeing Nato bombarding Serbia to put the brakes on ethnic cleansing and create a western enclave. Many radical Albanians took advantage of that to avenge themselves on the Serbians who stayed in Kosovo. The result is a tangle of extremely sensitive perceptions. 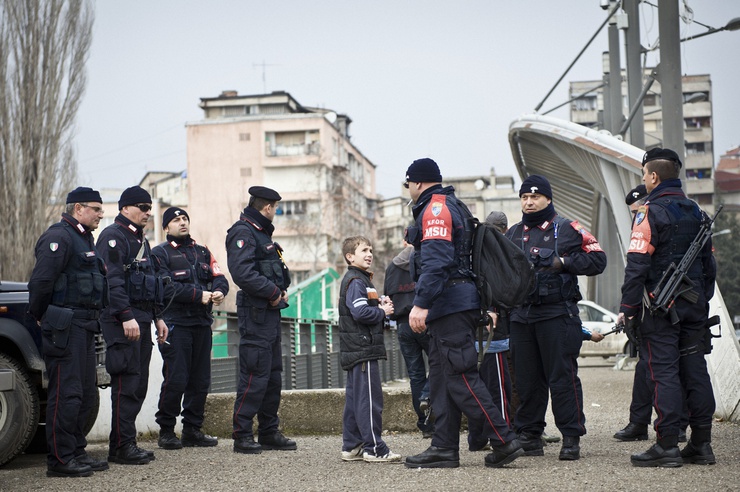 ‘Thaci’s men kicked me out of my town alongside 15, 000 others. They set fire to my house and beat me,’ exclaims Dragan Petrovic, a Serbian Kosovar resident of North Mitrovica, which is one hour from Pristina by car. ‘Since then I have been what the UN calls an internal refugee.’ North Mitrovica is an enclave which does not recognise the authority of Pristina, does not pay taxes and is almost entirely financed (in education, health and energy) by the Serbian government. ‘The report about organ trafficking revealed the truth! Away from politics and social questions and from person to person, Hashim Thaci is a brutal criminal.’ Stories of the secret police, disappearances and death threats for anyone who provokes Thaci’s men often accompany similar testimonies to these.

The last elections in Kosovo took place on 22 February, and Thaci’s stronghold region of Drenica saw a 95% attendance. European observors complained of fraud - they say that even the dead were casting votes - and votes were recast. The province was the most hit by the war, is the most anti-Serb and is one of the poorest in Europe. It’s also where Hashim Thaci was born on 24 April 1968. ‘Kosovo needs men like him,’ affirms Xhevat, a guide at a big house used by guerrilleros during the war. ‘Many accuse him of investing only in Drenica, but it’s not true. Thaci has had construction done in the whole of the country.’

‘He was always a serious, responsible boy’

One hour later we are at Thaci’s home in the country, a simple house painted clear pink. Thaci’s son and nephew decline to speak to us but politely introduce us to a neighbour for a chat. ‘He was always a serious, responsible boy,’ says teacher Ramadan Zeka of Thaci, his childhood friend. ‘He was a patriot even when he was a student. Later we knew that he was involved in something, but not that it was guerilla fare.’ Various youngsters who are collecting rubbish outside have gathered around to stare at us, aliens as we are. ‘He still comes around here. He as well as his father act very modestly here, they don’t walk around with their heads held high.’ 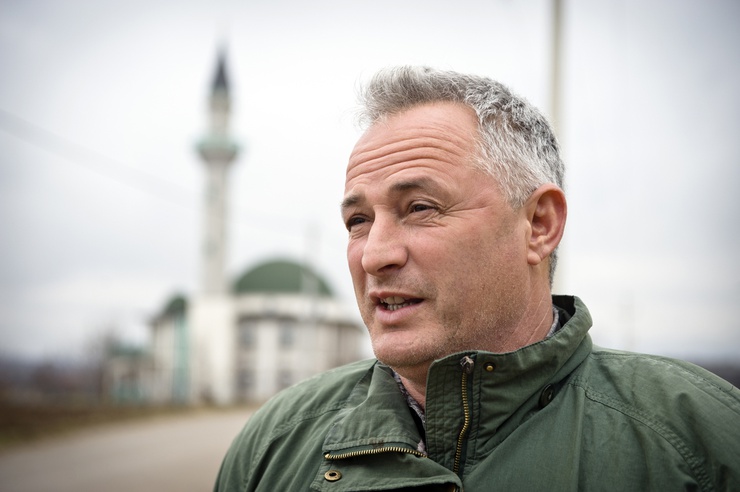 Who is Hashim Thaci? A drug trafficker with blood on his hands who is controlled by the United States? A valiant politician? Or the simple incarnation of a place full of sins and half-truths? We leave his nephew in front of a mosque devoured by shrapnel. ‘I’ll email you once the article is out. You will show it to your uncle I hope!’ ‘Yes, yes, I will tell him today.’ ‘Thanks. Oh, send my regards.’

Translated from Persiguiendo a Hashim Thaçi