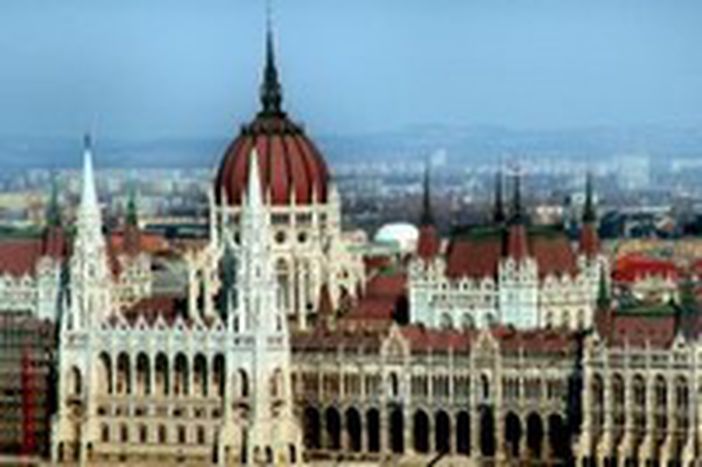 Hungary: The legislative elections in a nutshell

The leading left-wing coalition party and their conservative opposition are neck and neck in Hungary after the first round of the general elections on April 9. This tight vote has come after a series of original electoral campaigns from the Hungarian parties

These are the fifth legislative elections since the fall of communism in 1989 and the first since Hungary joined the EU in May 2004, and have lead to much indecision among Hungary’s 8 million voters. Two major parties have headed the battle for votes: the Socialist Party (MSZP) of the current prime minister, Ferenc Gyurcsany, and the Conservative Party (Fidesz) led by the former Prime Minister, Viktor Orban.

The last elections were a close call, with the MSZP winning 43.21% of the vote, and the Fidesz obtaining 42.03%. Discussions are now taking place to consider the formation of a majority coalition, and the make-up of the future Assembly remains unknown.

The numerous opinion polls carried out before April 9 were unsuccessful in predicting the results because of the high numbers of supporters on both sides. It is not two candidates’ different political agendas that are at stake here – each promises to solve the country’s problems – but their preferred methods of approaching these issues.

The Hungarian government is currently nursing two major wounds: a growing unemployment rate, which has increased from 6.7% in 2005 to 7.6% today, and a high budget deficit which the country needs to halve down to 3% of its GDP. To solve these difficulties, Ferenc Gyurcsany’s left-wing party has recommended that Hungary’s borders be opened further by encouraging foreign investment, while the right stresses the importance of the country’s increased independence from the EU and from other economic powers.

The elections were preceded by a large-scale campaign. Budapest’s streets and metro stations were bombarded with posters declaring that “the standard of living for Hungarians is worse than it was four years ago”, when the current opposition party was in power. The left, however, opted for a more positive approach, covering Budapest’s streets with posters of a smiling leader who promised his electors that he “sees it (the future), believes in it and wants it”. Smaller parties such as the Democratic Forum (MDF) or the Alliance of Free Democrats (SZDSZ), partners of the leading socio-democrats, resorted to other strategies. Their objective was to gain 5% of the votes, which they need in order to keep their seats in the National Parliament.

The MDF hinted at the recurring rows between the two main parties and denounced this juvenile behaviour by installing washing machines all over the capital, pledging to clean up the government’s act. The SZDSZ based their campaign on Pistike Kovacs, a 5-year-old boy who symbolises the average Hungarian to whom the party wishes to direct their attentions. They also borrowed and adapted the phrase “Thy kingdom come” from the Lord’s Prayer for their campaign’s slogan. The two strategies proved successful, with both parties winning over 5% of the votes.

Everything to play for

After the first round, only one thing is certain – the Hungarian Assembly will be quadripartite for the next four years. What will be determined in the second round, planned for 23rd April, is the number of seats awarded to each party. The MSZP and the Fidesz are doing everything they can to rally their forces together and to convince those who abstained in the first round – almost 32.17% of the population – of the importance of their vote. The current Prime Minister Ferenc Gyurcsany and his predecessor Viktor Orban have been campaigning endlessly outside the capital in the hope of seducing even more electors, even going so far as to leave voicemail messages on supporters’ mobile phones. “We’ve won the first round, but the elections aren’t over yet!” insisted Ferenc Gyurcsany late on Sunday 9th April.

The vote promises are flowing in, and Hungarians seem convinced that the new government will mean the birth of a miraculous new world. But what the country’s citizens are expecting most from this election is greater transparency of political and economic affairs, recently tainted by a number of public scandals. If the Socialists manage to collect the majority of the votes on 23rd April, the socialist-liberal coalition could maintain its position for four more years. This would be the first occurrence of two consecutive socialist legislatures in Hungary’s political history since 1989.