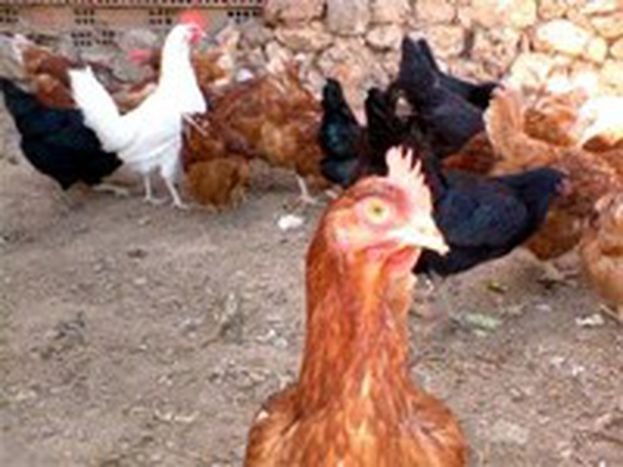 With avian flu extending ever westwards, Hungary’s break-through vaccine is just one of the measures it has taken to try and stop the virus from reaching its EU neighbours.

Fear of bird flu spread from South-East Asia to Hungary at the speed of light, and now the virus itself seems to be encroaching on Europe, with isolated cases stretching from Russia to the UK. Hungary is doing its best to stop bird flu entering its borders and being transmitted to other EU member states but the public, caught between conflicting predictions, is getting increasingly worried.

Preparations to combat the spread of avian flu have been sped up in Hungary since the virus broke out in neighbouring Romania. Customs authorities have tightened controls on borders (with Romania and Ukraine) - no poultry, raw meat, feathers or eggs originating in Romania can enter the country and all vehicles transporting these kinds of goods must be disinfected. As the EU keeps its eye on concerned member states, control over ships on the Danube has also become stricter: the authorities are confiscating all live birds and poultry products of doubtful origin. In addition, tight biosecurity measures have been put in place in order to prevent contact between wild birds and poultry all around Europe. For example, in Hortobágy National Park, an area frequented by migratory birds, experts are analysing bird excrement (one of the main ways in which the disease is transmitted) and looking out for suspicious deaths.

Hungary has also offered the rest of Europe hope that a vaccination against bird flu is on its way. On September 26, the Hungarian Health Minister, Jen Rácz, and two senior health officials were among the first volunteers to be inoculated with a test vaccine developed in Hungary against the deadly H5N1 strain of the virus. Health Commissioner Mihaly Kokeny announced on October 21 that results have proved that the vaccine is effective and, although it does not protect against a mutated form of human-to-human H5N1, its success will pave the way for more developed vaccines.

The EU spread its wings

Just days before, on October 18, EU Foreign Ministers held emergency talks at a meeting in Luxembourg following outbreaks of bird flu in Romania. Although there is a risk that the flu could be passed from birds to humans, resulting in tens of thousands of deaths, the Ministers have been keen to prevent wide-spread panic and have stressed that they are stockpiling anti-viral drugs. András Bársony, State Secretary for the Hungarian Ministry of Foreign Affairs, has already stated that should an epidemic break out, there will be enough medicine and vaccines to treat all Hungarian citizens for free.

But the public does not always believe what it is told. This also goes for the World Health Organisation’s (WHO) advice that cooking destroys the virus in meat and eggs. According to István Erdélyi, head of Hungary's Poultry Producers' Council, consumption of poultry has fallen by 10-15% in Hungary over the last few weeks. Hungarian producers are worried about the impact this will have on their industry, which provides 93% of the chicken consumed at home and approximately 130 thousand tonnes of exported poultry per year.

To worry or not to worry?

It is hardly surprising, however, that the public doesn’t know what to think with forecasts ranging from scaremongering to reassuring. On the one hand, Klaus Stoehr, director of the WHO influenza programme, claims that “if such a pandemic occurs we'll be looking at hundreds of thousands or even millions of deaths worldwide." At the same time, Zsuzsanna Jakab, head of the European Centre for Disease Prevention and Control (ECDC) based in Stockholm said that "the risk of citizens catching this virus is minimal. For the time being there is no reason to panic in Europe."

As time goes by, it is not becoming any easier to judge whether bird flu is a real danger to humans or if it will remain predominantly a veterinary problem, causing headaches ‘only’ for stockbreeders. The media is full of contradictory information and the man on the street is not able to decide who to believe. The only thing that he can do is hope that the worst scenario doesn’t come true.