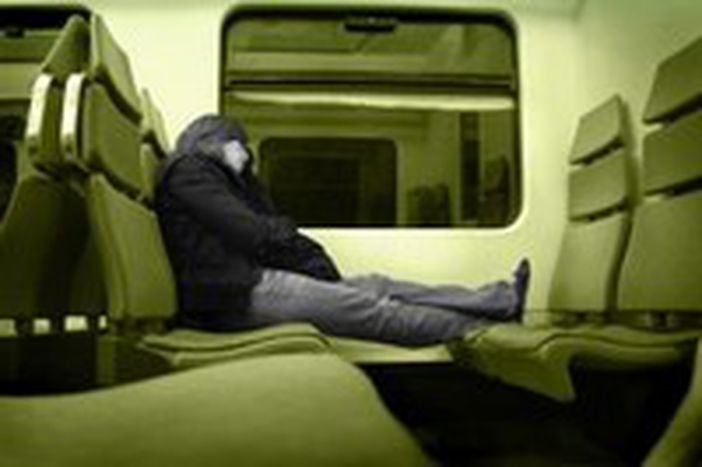 2001 European Commission estimates show that about 120,000 women and children are smuggled into Western Europe each year. A growing number of women and minors are the victims of trafficking. It is a multifaceted industry, which exploits victims in areas such as organised begging, illegal adoption and trading in human organs. But human trafficking has become synonymous with prostitution.

According to the French Department of Foreign Affairs, human trafficking is the third largest illicit industry after narcotics and weapons, with annual worldwide profits ranging from 7 to 13 billion dollars. Humans have ‘on-going value’ as they can be resold at a profit. Unlike weapons and narcotics, human cargo cannot be seized, making it a high profit and relatively low risk commodity.

Political changes over the past decade have contributed to the rise of trafficking into the EU from Central and Eastern European countries. The fall of the Soviet Union and the wars in the Balkans resulted in a huge displacement of workers. According to the Council of Europe, per capita income in Central and Eastern Europe is 30 percent lower than in 1989, despite partial economic recovery in the region. In countries such as Moldova, Ukraine and Romania, between 20 and 30 percent of the population lives below the poverty threshold. People often look to the EU for better standards of living. Traffickers often manipulate those in fragile situations and lure them to ‘better’ conditions in the West. However, victims are often deceived and abandoned .

EU enlargement has facilitated human trafficking by bringing borders closer to economically instable countries such as Ukraine, Albania, and Belarus. For natives of these poorer countries, the EU is a close and attractive destination. However, tightened EU immigration policy has made it more difficult for migrants to enter Europe legally, thus a greater demand for human smuggling.

According to the Computer Crime Research Centre, globalisation of technology and improved IT have exacerbated the situation, by enabling criminals to develop highly sophisticated sex industries. The European Commission recognises technology’s role in the “invisibility of exploitation” and believes that “public-private partnerships with the Internet Service Providers must be further developed”.

Criminal organisations often control the whole chain from recruitment, through transportation, to sexual exploitation. Prostitutes are more likely to be arrested and deported than the criminals. Criminal leaders often confiscate trafficking victims’ passports and pressurise them to pay for their transport and documentation. This forces them into illegal lucrative activities like prostitution.

In the past, the EU has been more concerned with law enforcement and judicial cooperation than on the prevention of trafficking and protection of its victims. The 2005 European Convention against Trafficking in Human Beings, addresses the states’ obligations to respect and protect the rights of trafficked persons. It focuses on prevention, investigation, prosecution and international cooperation. Amnesty International praises the Convention but advises the EU to take ‘concerted individual and cooperative measures to address the root causes of trafficking’ and assists victims in a ‘safe, legal migration’.

The prevention of human trafficking for prostitution during major sporting events has become top priority for EU ministers. According to a 2006 report by Austrian socialist MEP Christa Prets, an influx of prostitutes from Eastern European countries is expected to arrive in Germany during the 2006 Football World Cup and ‘appropriate measures’ must be taken. The demand for prostitutes in Germany is expected to rise by 30 percent over the four weeks. An estimated 40,000 women and girls will be brought to Germany for this event.

Prostitution is legal in Germany, but does not have the status of a regular profession. Preparations such as ‘super brothels’ and installing extra condom vending machines are being made to cater for extra business. The NGO Coalition Against Trafficking in Women (CATW) argues that such preparations stimulate human trafficking and is campaigning against sport/sex tourism. They maintain, “buying sex is not a sport”. In October 2005, at the Survivors of Prostitution and Trafficking Manifesto Press Conference, victims declared, “Governments should stop legalising and decriminalising the sex industry giving pimps and buyers legal permission to abuse women in prostitution”.

As prostitution is becoming more tolerated. Groups such as the International Prostitutes Collective believe that legalising prostitution breaks its link with crime, making prostitutes more likely to report abuse and exploitation. CATW and Christian Action argue that ethical barriers disappear with the removal of legal barriers, and that decriminalising the sex trade only lowers the threshold for those seeking prostitution. New tricks are being learned to keep the world’s oldest trade alive; but new solutions are harder to find.