How yoga is offering support to refugee women in Berlin

"How it is possible to feel comfortable in a new home if you don't feel comfortable in your own body?" asks Bettina Schuler. Through the practice of yoga, the young Berlin resident wants to connect people who were forced to leave their homes with those who are only too happy to welcome them to theirs.

Bettina Schuler is a journalist, novelist and yoga instructor living in Berlin. It was during her pregnancy that she started to practice yoga, discovering a budding passion for the ancient Indian practice. Eventually, she made the decision to become a yoga instructor so that she could share this passion with others.

But in 2014, Bettina felt a longing to reach out to those who couldn't easily access yoga classes. Helplessly, she watched as terrible images of the refugee crisis continually flashed across her television screen. "The passivity made me crazy", she recalls.

Bettina realised that yoga's healing effects on the body and mind could be especially beneficial for people in crisis. She contacted a refugee reception centre on the outskirts of Berlin and in 2014, gave her first yoga class to refugee women. On a Monday, she called the shelter, visited it on Tuesday and by Wednesday of the same week, she was teaching her first class. 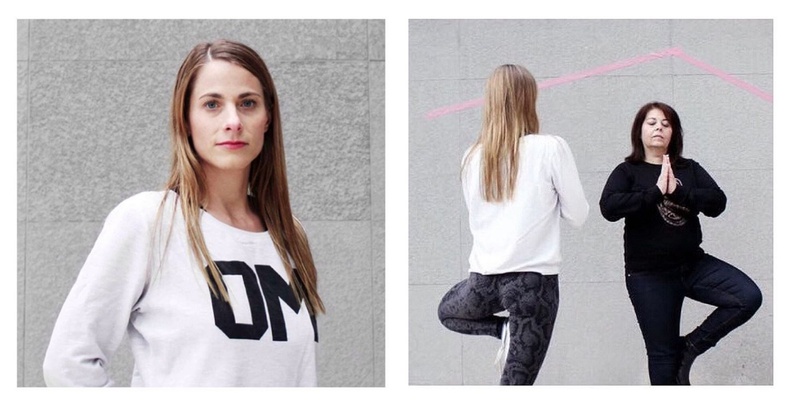 And then came Arwa

At first, only a few women attended her classes. Sometimes nobody showed up but Bettina remained optimistic. Arwa Idress, from Syria, was one of the first women who came to practice yoga with Bettina and has become one of her good friends. Bettina's classes gave them the opportunity to talk and share a little of their lives with one another. In this way, Bettina not only taught her students the correct way to breathe and how to execute a variety of yoga poses -  she also advised them on administrative procedures and other difficulties that could arise in the process of applying for asylum.

Once she had begun giving yoga classes, other opportunities presented themselves: she wrote for  Missy Magazin ( a feminist magazine for women) and has written a book titled 'Norahib bikom' Means Welcome. The book centres around Bettina's relationship with Arwa, who escaped from Syria and became a regular attendee at her yoga classes in Berlin. It was at these classes that a friendship developed between the two women - Bettina helped her deal with the authorities, taught her how to navigate the labyrinth of German bureaucracy, took the time to get to know Arwa's family, whom today she considers her second family. "People who come to Germany don't want to be reduced to a 'refugee.' Of course, it is important to have an understanding of and empathy for their plight, but they're not looking for pity," says Bettina.

On an equal footing

"Many people try to proselytise refugees, believing that it's their moral duty to set an example, to show them how they believe a modern, young person should live. But by doing this, they are unwittingly disrespecting refugees' own cultures and their way of life. Not to mention the fact that evangelism is the last thing that people in such a situation want or need: somebody's tireless efforts to get them to abandon their previous way of living and values."

Bettina wanted to provide a safe haven for those who had no choice but to leave their own country. A place that would provide not only yoga classes but also professional, psychological and careers advice - a place that felt like home. 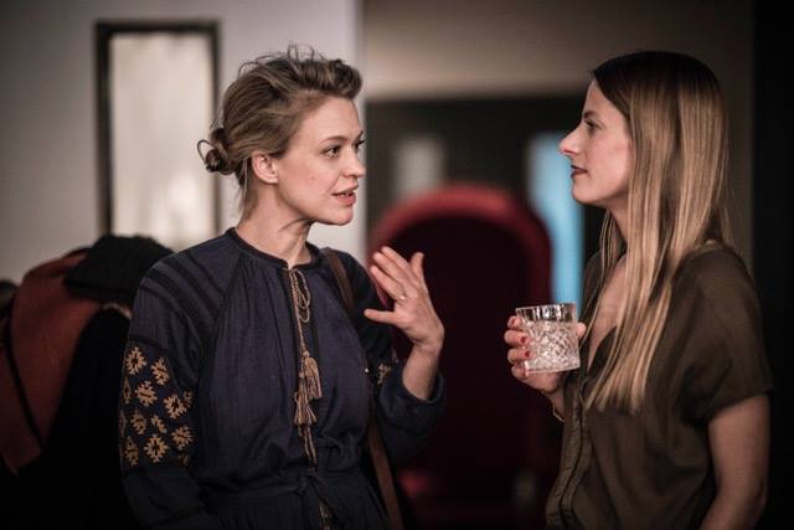 So she launched the crowdfunding campaign "Citizen2Be," in an attempt to raise money to make her cherished dream a reality. "There are many people who would like to help, but who have only two or three hours a week to spare. These volunteers should be able to volunteer on a regular basis. I'd like to be able to host evening get-togethers as an incentive to get young people on board."

Bettina's story and dedication illustrate that as with yoga, what matters the most in life are the connections that we make with others, those precious encounters and exchanges.

Something to build on

The Bochum Association for refugee aid provides similar classes. Here, Raphael Hummel offers yoga classes for refugees at his Oyengar-Yoga teachers' studio. He teaches an all-male class once a week.

Sarah,  a yoga teacher and former soap opera actress also an almost exclusively female, with the exception of one young man who travels from nearby Cologne specifically for the class. One day, he brought along someone who also appeared to show an interest in yoga: Jilan is a Jesuit who came to Germany from Iraq, a few years ago. She recently graduated with a degree in architecture. As well as trying to launch her career as an architect, she campaigns for the rights of refugee women - most of whom are fleeing from her home country.

Many women are traumatised as a result of what they've been through and consequently, have difficulties sleeping. Jilan, herself, often feels overwhelmed by the stories that the women tell her. The women's motives for practising yoga are clear - it equips them with coping strategies that can be used to alleviate their anxiety. They learn how to do body scans (a progressive relaxation of the muscles), as well as gaining an understanding of the importance of focusing on their breath. They learn exercises that coordinate movement and breathing, promote a sense of wellbeing, and make them more aware of their bodies. Exercises such as these can sometimes be as effective as small gestures; people start to open up and life stories may even be divulged. As simple as that may sound, that is often what is needed in life - a little interaction and conversation, both on and off the mat.