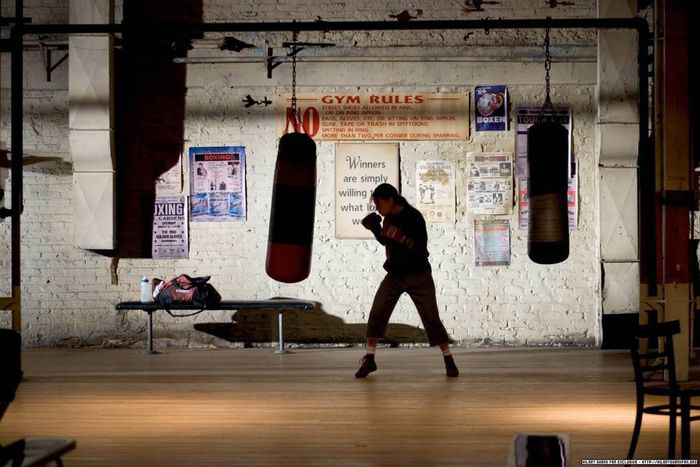 How to shut people up across Europe

I am an exile in a foreign land. I am misunderstood by the clueless expressions of a Frenchman who is insensitive to my efforts in perfecting the nasal sound. It's happened to everyone; that fervent desire to make someone shut up coupled with the lack of appropriate vocabulary

How's this one for a cafebabel.com in-joke: Once upon a time there was a Santa-shaped chocolate. It was 6 December, the end of year party at the European magazine's HQ in Paris. From speaking in French to Italian, to gulping down champagne to red wine, everything was going smoothly until the throw of a punch which smashed said-santa claus into thousands of pieces, an event which impressed all members present and was the talk of the night, and the morning after, and ever since, in jest... The genesis of a legend, the act of putting a sock in it, has come to be known as 'Valeria's punch'. It is named after our current Italian editor, proud owner of said fist. Adopted as a mantra by the cafebabel offices, Valeria is safe no longer if she tries to fight back or retort something. The punch will now make its official debut in this weekly linguistic column, the tower of babel.

The boxing theme is a common one in European expressions concerning shutting people up. Without falling in the excessive courtesy of Ukrainian politicians, you could menace someone of irreparable damages right where the sun doesn't shine. With its elegant British allure, this expression fits the calm and peaceful attitude often shown off by 'the quiet ones' like a glove. (Well, as that particular saying goes, 'it's always the quiet ones'). These are the true masters of the arts who throw an unexpected punch right when you don't expect it, revealing themselves to be unsuspectingly ready for the punch (schlagfertig) in German; the term indicates that those who have a snappy response will not think twice about acting decisively when they have to 'muzzle someone' (jemandem einem Maulkorb verpassen).

Zippers in the park

In Italy we learn to zip it (chiudi il becco)at a young age. But as I stroll around Paris and pass a kindergarten, it's not difficult to hear the local cultural adaptation of the order: shut your camembert box (ferme ta boite à camembert). That's one French punchline if ever I heard it! It is oft directed at children under the age of eight, who are still immune to the inflated your mouth! (ta gueule). An easy-going Spaniard would respond with 'be quiet' (Estate calladito), or the more universal versions of 'take that!/ have it! get in!' (¡toma!) or the more colourful 'pow, all up in your face!' (¡Zas! ¡En toda la boca!).

However the best 'punch' is reserved by the Poles - their retorts still burn after a few seconds: 'Go to the park and paint the ceiling' (Idź do parku sufit malować!), they might suggest in all nonchalance, or 'zip it and leave the key at reception' (zamknij się i zostaw klucz na recepcji). It's one-nil to the Poles.

Translated from Chiudi il becco: istruzioni per l'uso in Europa