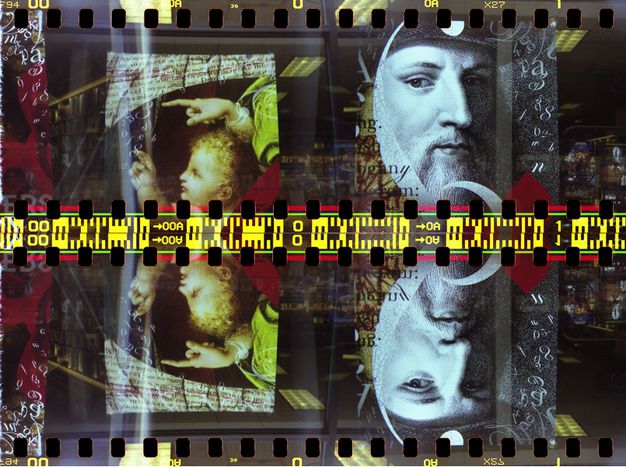 How to seek the Holy Grail one hour from London

Hertford is a medieval town dense with original buildings from the 1400s that seem to sink in on themselves under the weight of their very antiquity. If Hertford makes the news, it’s usually about the progress of the local cricket team. That all changed in 2004, when the local Acheson brothers told the town newspaper that a network of booby-trapped secret tunnels ran underneath the town, used for unspecified rituals and filled with precious objects. In a letter to the Vatican, Tim Acheson signed himself ‘the secretary of the council of chaplains on behalf of the grand master of the poor fellow soldiers of Jesus Christ and the temple of Solomon grand preceptory.’

In normal English, that means he represents the knights templar. Who? The knights have long been suspected of hoarding the Holy Grail somewhere, having picked it up in Jerusalem during the crusades. They were supposed to be destroyed on the original Friday the 13th of October, 1307, when the pope denounced them as heretics and burned their grand master to death (as you do). Four templars were imprisoned in Hertford Castle. Apparently some escaped however; the order registered as an official NGO with the UN in 2002. The Holy Grail has been a kind of global treasure hunt for centuries. Why should it be found? Perhaps it can turn water into wine, or heal the sick, but no-one’s quite certain.

‘There’s no evidence at all about any of these rumours,’ says the receptionist at the Hertford tourist office. ‘They say there’s a tunnel under this shop, but I can tell you there isn’t.’ Nor can she recommend any sightseeing for a tourist interested in local history and the knights templar. ‘No.’ A museum, the castle perhaps? ‘You could look in the library, if you’re interested in history.’ Unwittingly, the hostile receptionist directs me to the right place, because the local librarian is full of gossip. ‘A local guy once put up his hand and said ‘I’m a templar, I know about the tunnels,’ but he was hushed up very quickly,’ she tells me. ‘The tunnels are supposed to start under Lussmans, which is owned by the (Acheson) family. There was lots of talk about that.’

'A local once said he know about the tunnels, but he was hushed up very quickly'

It’s odd that the tourist office seems so reluctant to take advantage of all the interest in the town’s history. It did wonders for the Rosslyn church, for example, which was saved from possible closure by the massive tourist interest that followed The Da Vinci Code (2006). The librarian agrees. ‘They were trying to attract tourists to Hertford. I suppose they just didn’t want people coming in, digging up the roads. A lot of film crews came, journalists asking questions. Especially Japanese film crews. But the town council really played down the issue, they kept quiet on it.’ 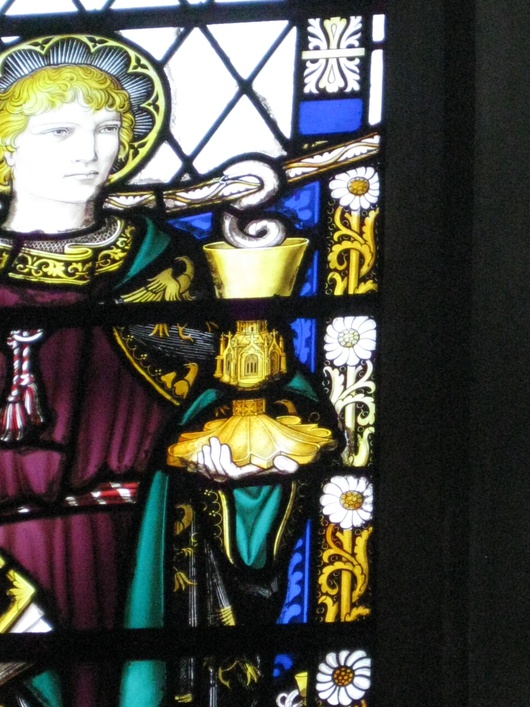 Conspiracy theory website The Insider has information about the stained glass windows in St. Andrews church. Apparently Jesus and Mary Magdalene gaze meaningfully at each other, a staff sprouting new leaves represents the heretical theory of Jesus producing heirs, and the St. John is holding the grail itself. Interestingly, The Insider domain name is registered to none other than Tim Acheson. When I call in to St Andrews the parishioners are having their coffee morning. The church warden is delighted to give me a tour. He points out a golden chalice in the window. In the handle of the cup is a tiny model of a church. ‘That’s the church in Scotland, Rosslyn, or so they say. The one in The Da Vinci Code.’

Beckwiths is an antique shop situated in the second oldest building in Hertford and looks suitably saggy, like a top-heavy Victoria sponge. Inside, it’s stuffed with suspicious objects; a large portrait of a medieval knight leans against the back wall, and a selection of handsome swords are on sale. At the back of the shop I discover an ancient spiral staircase leading underground: ‘Do not enter during prayer or reading of the scriptures.’ If grail rites are happening anywhere in Hertford, it must be here. The owner is enthusiastic about local history, glad to chat. ‘We do get some chalices,’ he tells me. ‘The really old stuff goes very quickly.’ He contradicts the tourist information I was given. ‘There are tunnels alright, but many of them are blocked up, they’re probably 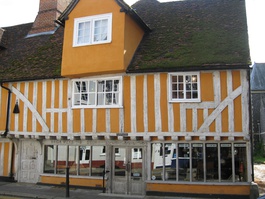 dangerous. Some friends of mine lived on West Street - they’ve sold the house now – but they had a tunnel under their house.’ Down the spiral staircase is a basement he’s been digging out: ‘We found a medieval oven down there, hidden in the wall. Hidden in beside it, there was a child’s shoe, tucked away. Apparently it’s a good luck thing; they would hide a shoe, something to do with baking bread. Anyway it stayed in there until we found it.’ It seems that those looking for mystery and intrigue in Hertford will certainly find it.

Guide: the best rumoured locations of the Holy Grail in Europe and beyond

Henry St Clair, purportedly a Scottish templar, is rumoured to have travelled to Nova Scotia and hidden the grail in the so called ‘money pit’, a mysterious depression on Oak Island discovered in 1795. Excavations revealed a stone tablet, since lost, inscribed with code telling of the location of buried treasure

Built by the same St Clair family, the 15th century church is full of carvings associated with the knights templar such as two knights riding on one horse, a symbol of their initial poverty. The layout of the chapel is said to mirror that of the Temple of Solomon in Jerusalem, where the knights templar were based during the crusades. Features in The Da Vinci Code

Historians have identified that the cathedral's santo cáliz (Holy Chalice) was made in Palestine or Egypt between the 4th century BC and the 1st century AD. It was allegedly carried by St. Peter to Rome, and the first mention of it as the vessel in which ‘Christ Our Lord consecrated his blood’ dates from 1134

The location of the Nanteos cup, a wooden vessel reputed to have healing powers. In the 18th century water that had been held in it was sold as medicine around the world and it was visited by pilgrims including Thomas Wagner, Guy de Maupassant and Algernon Swinburne. Its current location is a closely guarded secret