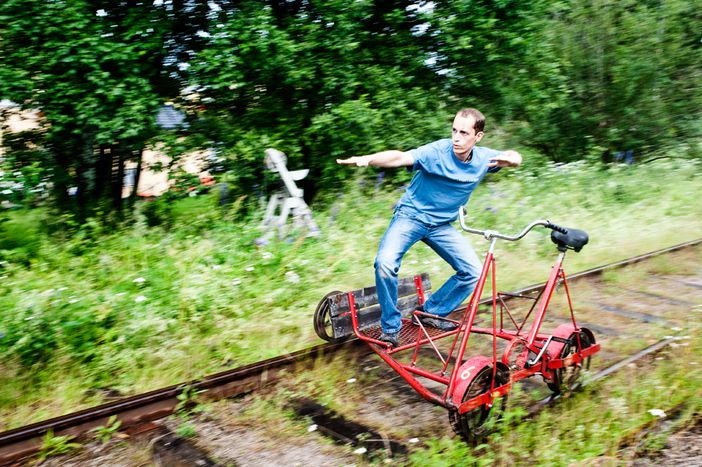 Jan Lachner is just a normal guy. Having rushed through his studies and several high-profile internships, this German-Frenchman said he simply wasn't interested in being a grown-up anymore. cafébabel tells the story of his job-hopping experiences.

From one day to the next, Jan decided that after finishing his studies he would leave everything behind. He made a few telephone calls (okay, a lot of telephone calls) and set out to sea on a most unusual journey. Literally. He planned to work for 33 weeks in 33 European countries - and he set forth at the end of 2011 on the high seas of Malta to work as a fisherman.

The late-twenty-something didn't just want to laze about, because he didn't have the money for globe-trotting. Jan Lachner worked as a beer brewer in the Czech Republic and a flamenco teacher in Spain; he crafted amber jewelry in Lithuania and alpenhorns in Switzerland; he cleaned shark tanks in Great Britain and took care of the elderly in Germany. What he got out of it was the biggest job hunt in all of Europe, a book (published at the end of 2014), and one very proud grandfather.

cafébabel: Jan, what came over you, that you wanted to undertake such a huge work trip?

As an intern at Rolls-Royce, I looked at my 50-year-old bosses and thought: that's going to be me in 30 years, at the same company. For me, that was a bit too straightforward. So I wanted to see what there was to do besides aviation. When I had five companies that took the bait, I knew - it could work! 33 was so crazy, it made people jump to their feet.

cafébabel: So you weren't ready for the daily rat race?

I was ready, I just didn't want to.

cafébabel: Then what was your goal, and why?

The first goal was Malta. I wanted to go there because I wanted to be a sea fisherman and earlier the water was too cold. If I were to fall overboard, the survival time depends on the water temperature. 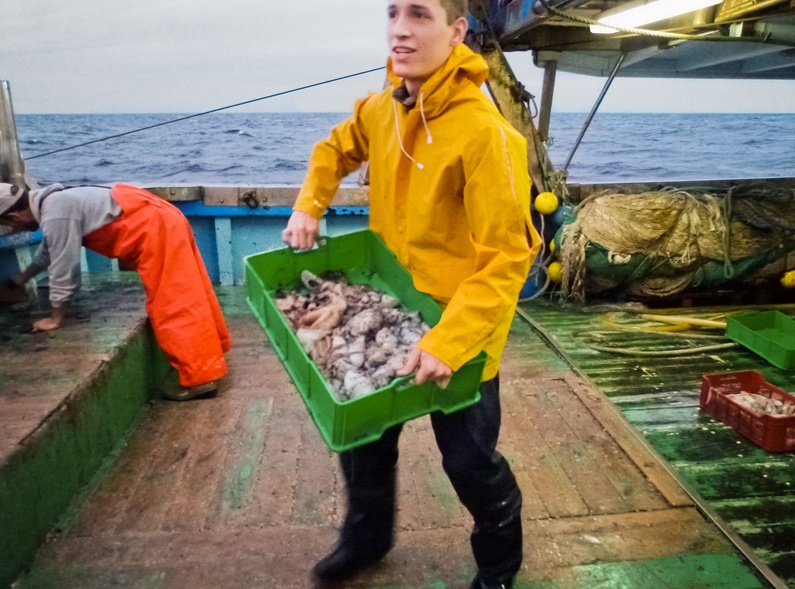 cafébabel: Malta was a real back-breaking job, wasn't it?

I told the people there, I wanted the hardest job. I'm here to work. Not to sip caipirinhas on board.

cafébabel: You're sitting in Paris. Your internship is over. How do you become a fisherman in Malta?

I wanted to do jobs that had a connection to the land. It sounds cliché - archaeology in Greece, for instance.

cafébabel: You could have ignored the cliches and become a banker in Greece, for instance.

The idea was to have a wide range of experiences and to have the whole thing come as close as possible to the countries' cultures. And then the languages - I speak English, French and German - with that, you can't become a furniture salesman in Bulgaria, for instance. I mostly just Googled. And then I just called. The reaction was negative at first, of course. But over the course of months I kept trying. And finally, at some point Malta took the bait.

cafébabel: What did you live on during this time?

I have a very nice girlfriend who paid most of my rent in Paris. And I live very frugally. The two of us live in a 22-square meter apartment, and my favorite food is noodles in tomato sauce.

cafébabel: You ate nothing but noodles for a year?

I still like eating noodles today. I'm frugal. That's something that helped me during this trip. I did a lot of couchsurfing. Sleeping on floors. Hitchhiking. The support I received for my project covered my travel costs. Sometimes I also wasn't eating three meals a day. The idea was to do this project as cost-neutral as possible. Because I also wanted to show that anyone can do it, regardless of your background. In Norway, for instance, when you see the prices, you know you need to budget carefully. For the price of a small salad here, I could live somewhere else for nearly a week.

cafébabel: Did you already know about your globetrotter side?

A little, maybe. I was in Singapore for six weeks. I'm not shy; I approach people. I mean, you have to live with different people every week. The nice thing is, you know it's only for a week. You don't have time to let it slowly unfold - it starts straightaway. That's like in the cockpit. There, you also have the pilot and the first officer who don't know each other. They haven't flown together before - they're just thrown in there together. 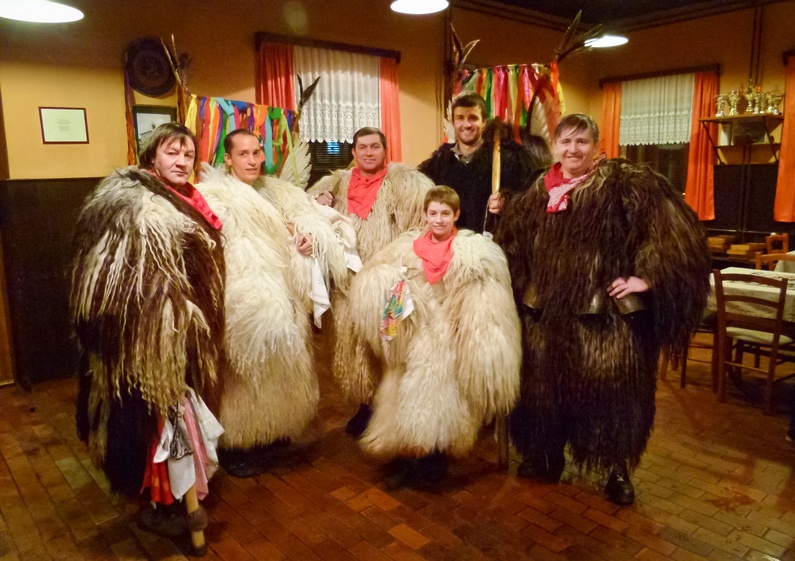 cafébabel: How did life feel once you returned?

Good. You would only do something like that if you knew that you'd come back eventually.

cafébabel: Does our generation have problems with growing up?

I don't think that it's a question of generations. My girlfriend has completely different ideas than me. She doesn't have a problem with the direct transition from getting a job, to climbing up the career ladder, to buying an apartment someday. I don't give a damn about buying an apartment in the first place. I want to experience what it's like to live in a different country. For me, that would be a sign of success.

cafébabel: What did you notice about everyday life in Europe?

When I was in Madrid, I felt good, even though I don't speak Spanish. There are deep European roots. I don't think that I would feel quite so at home in America, even though I speak the language. I think it's an attitude thing and it's got to do with universal values. It would bother me if I met someone in the U.S. and they had a gun with them. Or if they said, hey, the death penalty is cool. And I can feel just as alien with a neighbour who I assume votes National Front (a right-wing French political party). We just don't have anything in common, despite the fact that we're both French and we both live in the same building.

Yes, but for me that's more foreign than moderate, everyday Slovakians, Latvians or Spaniards.

cafébabel: But in the meantime, euro-skeptic trends exist in all of Europe. Aren't you living in a bit of a Euro-bubble?

I don't think so. I'm of the opinion that people across borders are sometimes closer than those in small neighborhoods. That's the case with right-wing extremists. The people from Alternative for Germany, National Front, Lega Nord, and Golden Dawn are much more similar at a European level than me. 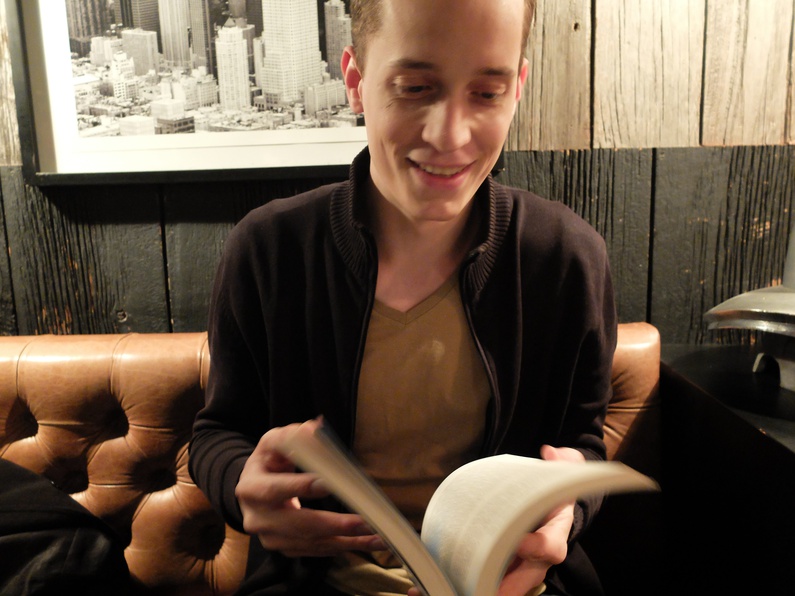 cafébabel: How did you wind up writing a book?

The publisher called me. I never wanted to write a book.

cafébabel: And who is the co-author?

As an engineer, I'm too much of a perfectionist. Because of this, the publisher found a ghost writer. But I would never travel with him. He underestimated the work. Thirty-three countries means 33 new contexts.

cafébabel: Why wouldn't you want to travel with him?

He literally wrote that Bulgarians look shabby. I can't stand things like that. And then came clichés about the Greeks - that they're lazy. It turns out, though, that the Greeks work more than anyone else in Europe. My book and my travels should dispute stereotypes, not reinforce them.