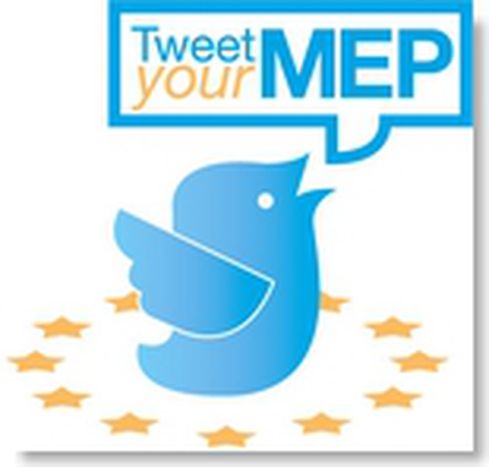 For Jerzy Buzek and the other members of the European Parliament, the launch of Tweet Your MEP is a seen as a great opportunity to reduce the gap between the EU and its citizens. They hope that the new platform will make it easier for all to interact with any MEP through a simple tweet. Has Twitter really become a political accessory? What does it take to be a MEP 2.0?

Let’s embark on a journey to real-live democracy!

With 60% of its MEPs having a Twitter account, the Netherlands is on the top 3 of the Tweet-friendly countries, together with Ireland and Sweden. Dutch MEPs are also recognized as the most active users on this social media platform, often engaging in discussions and imposing Twitter as a political standard. When it comes to political parties, the European Greens appear to be the most involved with 58% of their members tweeting. EuropaTweets regularly crowns them “most active group within the last 24 hours”.

Two of the most tweet-active MEPs, Esther de Lange (PPE, Dutch) and Reinhard Bütikofer (The Greens, German) accepted the challenge of a “tweet-interview”: no questions or answers longer than 140 characters. 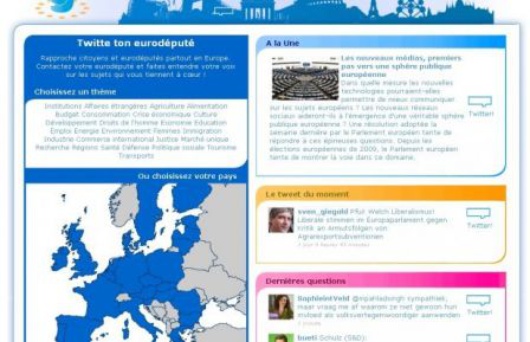 Their use of Twitter was triggered by two specific recent events: for Esther de Lange it was the 2009 elections. Reinhard Bütikofer started as observer and "tweeted-back" at the US Democratic National Convention in 2008. Both of them manage personally their account and affirm that it is them and not their assitants who actually write the messages. This can be quite time-consuming, as Reinhard Bütikofer evaluates his weekly involvement in hours. For Esther de Lange even following “takes a lot more time” than tweeting itself.

Twitter is not a one-way social media and Toute L’Europe, founder of Tweet Your MEP, insists on developing the bottom-up approach through this new tool. And as Esther de Lange says, speaking your mind “can get you a lot of feedback”. Anyone not prepared to engage in discussions with their “Twitter activists” as Reinhard Bütikofer names his followers, should stay away! In addition to online debates, “Bueti” (his pseudo) lists his other activities: “Get information. Watch trends. Inform about my work, my ideas”.»

Both of them mostly tweet in their native language: Dutch and German. They therefore make clear that their main target is their fellow nationals, their home base citizens - and voters. Bueti also admits that he has “more twitter resonance in the national context” and this is being reflected in the “distribution of his followers”. Esther de Lange considers that “MEPs have to try harder (than MPs) to explain” their work, and for Bütikofer, tweeting-MEPs can offer “access to the ‘arcane’ EU theater”. There is indeed a special need for those working with or in the EU to communicate to the citizens who, understandably, have difficulties understanding what it’s all about. Each MEP can therefore play a role in bridging the gap of his/her nationals with the EU.

Only 215 MEPs out of 736 have a Twitter account, which represents 30% of all MEPs. Tweet Your MEP hopes to raise that number. So, dear MEPs, what are your recommendations? Bueti encourages them to “get active” while Esther_de_Lange adds to only use Twitter if “they enjoy it, not if it is a chore”. Her tips are to “find the right mix between ‘serious content’ and ‘social info’ and TO HAVE FUN.”

Politics and fun? Let’s bet the democracy 2.0 will be popular!