Did you know that the vowels in Greek alphabet not only "vibrate" specific brain areas but they can also be "translated" into sounds and numbers? "The impact of the Olympic spirit in human progress" was the lecture of Professor of Geology, Stavros P. Papamarinopoulos in an international conference. The issue rocked the boat of the scientific community and especially the linguists.

It appears that there is multidimensional relationship between secret language, numbers, music and human thought which was known to the Pythagoreans.Still it seems that removing sounds like the final ''ν'' or ''ς'', in order to simplify the Greek language has weakened its influence to our neurons and synapses. A few days ago the distinguished professor (who is founder of the World Congress for Atlantis) was a guest of the think tank "Palladium" gave a unique lecture, bringing to light the unique and mystical, in a sense, influence of the Greek alphabet and the Greek texts to specific brain regions. An excerpt of Stavros Papamarinopoulos's lecture is shown below. "The potential influence of the Greek alphabet in the human brain began to be studied by the global scientific community from the time a language teacher, Eric Havelock (1963), was inspired enough to study in depth the Platonic texts. Based on Plato he interpreted the arrival of the theater and the intellectual explosion of so-called ''golden century'' in Athens as a result of the influence of the alphabet in its final form in the brains of Athenians and other Hellenes. " 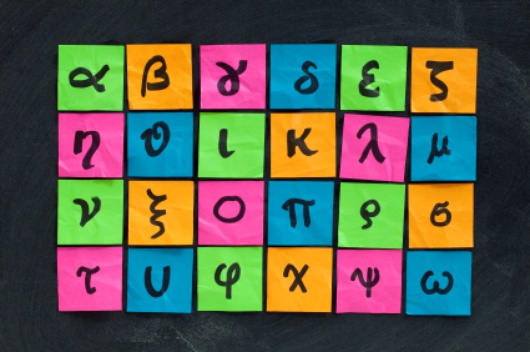 Physiologist Joseph Bogan (1975), joined the study and supported that the Greek alphabet activates slightly more the left side of the brain, than other alphabets do, and especially this specific centre of the brain, which is responsilbe of the written language, the tonic of speech and of analytical thinking, " explained during his presentation Mr Papamarinopoulos.Papamarinopoulos, mentioned also the great book of Jacqueline de Romilly 'Why Greece? ", which depicts Artemis in the frieze of the Parthenon. The author, a historian, tried to answer the above question. Her response was that the culture of the Greeks was anthropocentric. It is precisely this reason which led the Greeks to amazing spiritual achievements, because of their pure love for freedom. The residents of the area which is called Greece had created a kind of alphabet long before the Phoenicians. Kerckhove (1988) in an attempt to interpret the influence of the Greek alphabet in the brain raised the following question in the form of scientific research hypothesis: Did the phonetic alphabet, which was fully developed by the Greeks, and which today is spoken in Greece (and the rest of the western world in its Latin and Slavonic derivative forms), affect the processes of the brain ? Furthermore, the use of vowels led to the reorganization of the brain's strategy in writing and reading. Why the Greeks had this underlying need for vowels in reading and writing, which the Semites had not, still remains a mystery. Source : http://eoniaellhnikhpisti.blogspot.com/2010/09/blog-post_9185.html