How Muslim is Turkey?

Alongside the majority Sunnite population in Turkey live 20 million Alevites. Despite government denials to the contrary, this established religious community is having to conceal its beliefs. 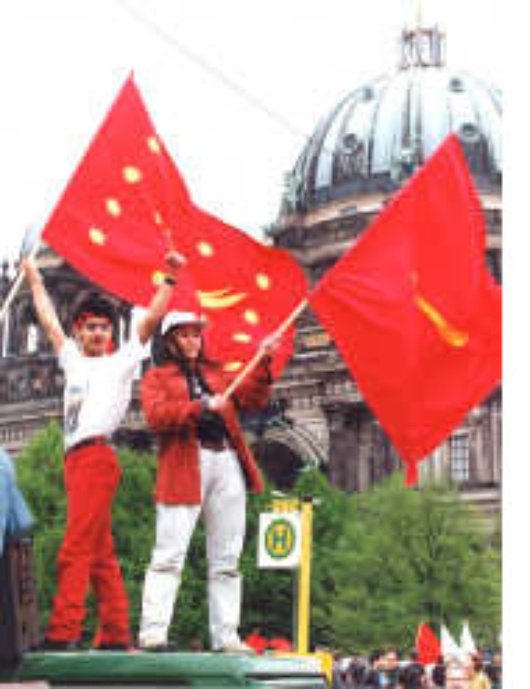 “There can be nothing better than to have or give reason

No better friend than a good character

No better inheritance than decency

No better honour than knowledge”

If it was not for the author’s foreign name, you could be forgiven for thinking that this remark was made by Goethe, Shiller or of Humboldt. In fact the author is a Turkish humanist whose name does not appear in European educational textbooks or in the official curriculum of his homeland, Turkey. The reason for this is that the poet, Ali Ilhami Dede, was an Alevite. And Alevism is forbidden in Turkey.

The German Human Rights Forum (Forum Menschenrechte), an association of German organisations working in the field of human rights, warns that the situation of Alevites in Turkey is “much more critical” than that of non-Muslim religious communities. In the Turkish Republic, nationalism is a founding principle of the constitution which, in practice, excludes all citizens whose mother tongue is not Turkish and who are not of the Sunni Islamic religion. Alevite prayer houses are forbidden as is the practice of hanging signs carrying the word ``Alevi`` (disciple of Ali).

The Alevites were born from the fusion of Christian, Gnostic and Shiite elements. The human is the first visible form of God for the Alevites. As a result, they support the right to self determination of all people - including women, because in Alevism men and women have equal rights. Alevite women do not wear the veil and actively take part in religious celebrations which, besides the traditional Saz, incorporate the ritual dance Semah. The Alevites reject the Sharia (Islamic law) because they regard the Koran as not a book of law but notes of revelations, which must be read critically. Therefore they are fighting not to be termed Muslim in order to differentiate themselves from the Sunni.

In contrast to Alevism, Sunni Islam sees missionary work as an essential task so mosques were built in Alevite villages, Sunni Imams were installed and pressure was exerted on Alevite families to follow the Koran. Since the 1892 constitution, Sunni religious study and ethnic duties have been compulsory. Children from Alevite families have had to take part in Sunni Religious studies in order to learn about fasting and ritual prayers. Once at home, they can be Alevite again and take part in night time celebrations and watch their parents play instruments and drink alcohol. Of course, the religious tutorship received during the day is viewed unfavourably by parents and causes family conflicts and tensions within society. Time and again, this has caused anti-Alevite reactions such as those in 1978 in the cities of Corum and Kahramanmara, and the fire bombing of Sivas in 1993 during an Alevite cultural festival which killed 37 Alevites and remains a painful memory.

Alevites in the European Diaspora

The Alevite cultural clubs in the European Diaspora are an important starting point for the improvement of the situation. Starting in the 1960s in Germany, today there are 1.7 million organized members in the whole of Europe. The cultural centre of Alevites in Berlin alone accounts for 5,000 of the believers. `”We don’t just teach Alevite principles but look after the whole well-being of our members. There are courses for reading and writing, German and computer studies. There are different types of sport activities, and private tuition for poorer students” says Mr Yogul, chairman of the club. Since 2002, for the first time in Europe, 50 Berlin schools have been allowed to offer Alevite Religious studies. “We see it as an exemplary model, which shows Turkey that integration can work”, says the chairman. On the subject of joining the EU Mr Yogul has said: “Of course we want the best for our country. But as long as the Kurds and the Alevites have no right to freedom of speech and religious expression, Turkey cannot be called a democratic state and therefore cannot belong in the EU”. In the discussion over Turkey’s entry into the EU, anybody who uses the argument that ‘Turkey is an Islamic country’ disqualifies himself because he has ignored 20 million Turks who don‘t see themselves as Muslims.