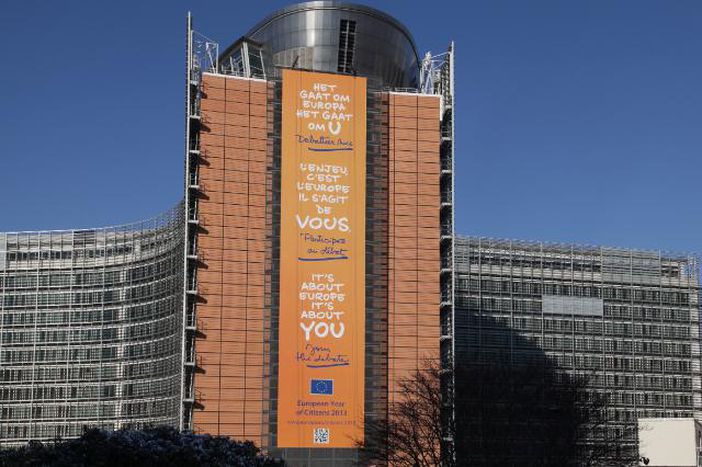 how citizens make their voice heard in europe. the official tools. I.

The European Citizens’s Initiative (ECI) was launched by the European Commission on the symbolic date of 9 May 2012, Europe Day, under the motto “You can set the agenda!”. The first registered initiative were ”Fraternité 2020” on EU exchange programs, followed by ”Right2water” on affordable and non-privatized access to clean water and by ”One of Us” against the use of human embryos in research.

After 16 months, the platform has 18 open initiatives, 11 refused requests for registration, 5 withdrawn initiatives and still no initiative has been submitted to the commission. ECI is an instrument for participatory democracy and an experiment at the same time. But using this instrument is not easy. Who said that democracy is easy? People have to organize a committee of at least 7 EU citizens, who must live in different EU countries and have the requested age for voting in the European Parliament elections (18 years, except in Austria, where the voting age is 16). After an initiative is registered, the committee must build an online collection system within 2 months, which must be certified by national authorities. This certification procedures take 1 month and vary from one member state to another, depending on the software and hosting provider used. Then, the initiative must collect 1 million statements of support within 12 months, from at least 7 EU countries, respecting a minimum number of signatories in each member state. Once the statements are collected, the national authorities have 3 months to certify the number of valid statements of support by using appropriate checks, based on random sampling.

So far, the steps are clear. In practice, using this instrument for citizen involvement implies heavy personal data requirements. When signing an ECI, citizens from 18 member states must give their personal identification numbers, a procedure that raises privacy questions. In addition, the time limit for signature collection is only one year, very short to raise the public attention and participation of one million persons.

Actually, EU citizens have multiple ways to get informed and to make their voices heard. Petitions are one of the fundamental rights of European citizens. At any time, they can submit, by letter or online, a complaint or a request to the European Parliament, in matters that concern the Union’s activity. For cross-border problems between a citizen or a business and a national public authority, in areas like access to education, residence permits, voting or employment rights, people can submit their cases to SOLVIT, an on-line problem-solving network. EU citizens can also complain about maladministration in institutions and bodies to the European Ombudsman, whose priority for the 2009-2014 mandate is to define a set of measures to support  EU citizens to enjoy their rights. On the Your Voice in Europe website, people can play policy-making actors roles, by giving their points of view on EU policies and influence the evolution of matters like “the role of family farming, key challenges and priorities for the future” or “the sustainable use of phosphorus” and many others. Set up in the context of the Interactive Policy Making initiative, on this website citizens can talk with EU leaders.

But talking is not enough and the ECI appeared as the next step: the first transnational instrument of participatory democracy in history that enables one million EU people to propose legislation through the European Commission.

How will EU citizens from seven different countries meet, talk and organise their initiative in time? Seeing the high barriers imposed by the ECI in terms of time, organisation, legal constraints, cross-language and country communications, one can’t help thinking whether citizens will be able to succeed in such an initiative without the support of multinational organizations? So why is the ECI imposing so many restrictions on citizens who want to make their voice heard? Is the Commission scared that too many initiatives would be created? Or is this tool a new way for lobbying organisations to exert power on the European Commission?

As of today the only initiative who claims to have collected sufficient signatures* is “Right2Water”, a project that is sponsored by the European Federation of Public Service Unions (EPSU) – a powerful public service lobby organisation, representing more than 265 unions and 8 million public service workers, who invested €100’000 in the initiative. Interestingly, this organisation may even be able to meet signatories requirements, only by reaching out to the public workers they represent (?).

*The initiative is still open (until November 2013) and official certification of signatures has not yet started.

The good news is that the European Commission plans to change some of the ECI rules by October 2013 and that citizens begin to take initiative and deliberate also on informal platforms, designed by citizens, for citizens, as a collective effort to become relevant references for tomorrow’s democracy.

Meet us on the www.wikirendum.org