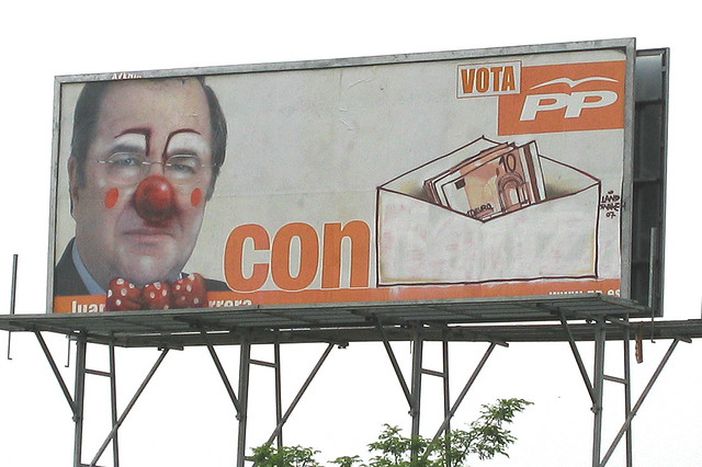 Last Sunday, Spain voted in local and regional elections and may have permanently bid farewell to its two party political system. New and regionalist parties dealt a big blow to the main parties Partido Popular (PP) and PSOE as the Spanish people showed that they are willing to vote for hope when it presents itself. A guiri’s account of the circus that Spain calls an election.

Being in Spain at the time of an election means never having to set an alarm. Cars spouting political slogans telling you to vote for one party or another start driving around town from early in the morning. Cars from rival parties follow in quick succession, and they all act like a snooze button without an off switch. One car, probably tired from shouting the same message all day, takes a break from propaganda to remind everyone that Thursday night is tapas night.

Unless you have fled into the mountains, the cars armed with loudspeakers cannot be missed. Still, to make absolutely sure people get their message, canvassers stuff the mailboxes of locals full with flyers. A local party in Valencia called United Democrats does a particularly good job. Their events are taking place when their campaigners are still busy handing out invitations, giving people no chance to actually read them in time to attend. And so another square metre of the rainforest has died in vain. 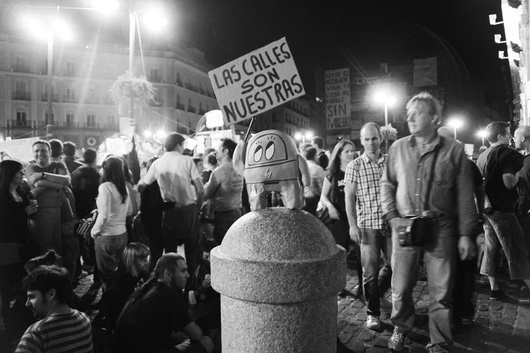 Spain’s political landscape has long been dominated by two parties, the conservative PP and the labour party PSOE, and so other parties struggle to compete with them financially. Thankfully, these smaller parties are not discouraged by their lack of funds and with their can-do attitude they follow in the footsteps of their well-funded competitors. The United Left, for example, roams the streets to tell everyone that they are organising a meal, normally the trademark of the PP. However, where the conservatives treat people to a luxurious feast from their no doubt vast donations, the left party urges everyone to bring their own sandwiches, drinks and snacks to the meal. It’s a good thing the public park, the chosen venue, is still free to attend.

The best feature of Spain’s election period is the day before the elections, called ‘reflection day’, during which political parties are prohibited from making converts, verbally or otherwise. After a cacophony of noise for days on end, the peace and quiet of reflection day gives people a new appreciation for silence and slowly they regain their sanity. I’m pretty sure no one actually uses reflection day for what it is intended, that is, to reflect on everything they’ve heard and make up their mind about who to vote for. Most people will have done that long before the circus is set in motion and instead use reflection day to recover from the parties celebrating the end of propaganda time and evaluate their life choices rather than think about politics. 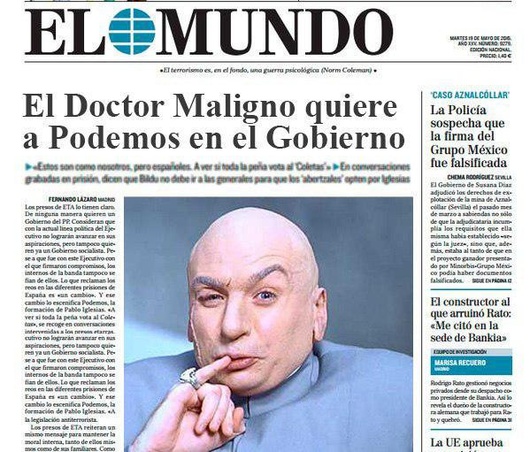 I'm meeting a friend for the extensively broadcast tapas and together we browse through the newspapers. I ask him about Spanish left-wing newspapers and I'm told they do not exist. El Mundo seems particularly obsessed with Podemos, splattering ‘ETA prisoners want Podemos in government’ in big bold letters on its front page. It led to a social media storm of fictional El Mundo articles in which the likes of Voldemort and Dr Evil endorse Podemos. It may be the perfect way to respond to media bias ad absurdum, but behind the laughter lies a cynical truth articulated by my messmate: 'Everything that is left-wing and calling for social change is branded ETA in this country.'

The lack of diversity in newspaper views is especially unsettling in a country where, only forty years ago, a repressive right-wing dictator looked to forcibly assimilate one of Europe's most pluralistic populations. Unsurprisingly, the Spain that I encounter in no way resembles the picture painted in Spanish media. Spanish centralists, personified by PP, Ciudadanos and the press, are like the propagandists in cars shouting at people with megaphones so that only their own voice can be heard. Far from trying to unite the country, they are merely looking to turn it into something it never was and never will be: a uniform state. Now you may have to bring your own food to meetings of left-wing and regionalist parties but at least with them people’s concerns do not fall on deaf ears. 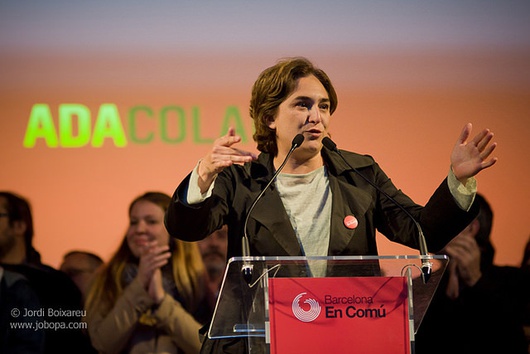 Perhaps people were fed up with PP’s endless streak of corruption scandals or the rise of new parties like Podemos may have given them new hope, but you could feel a sense of change in the air. PP looked vulnerable in the polls and people smelt blood. The conservatives may still have won most votes nation-wide but they have only retained power in three regions. Moreover, except for Malaga, PP have lost control of all major cities including Madrid and Valencia where they had been in power for 20 and 24 years respectively. As Barcelona elected a social activist as its new mayor, Spain’s three biggest cities are likely to get a left-wing mayor. It could be an important precursor to the general election to be held later this year, which one wishes will bring Spain even more hope, noise and tapas.