The humanitarian crisis caused by the tsunami offers the Indonesian government the chance to resolve the conflict between separatists and the army, although there is also the risk of a renewed escalation in violence 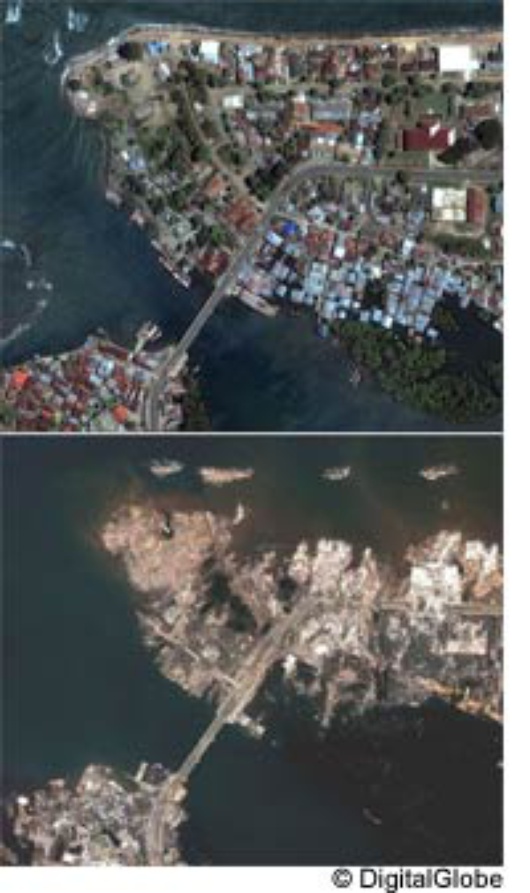 The Indonesian province of Aceh was the region worst hit by the earthquake of 26th December 2004. The tsunami which ensued snatched away almost the entire population in some coastal areas, destroying a region that has already been in a state of emergency for years: this northern province of the island of Sumatra has been the scene of one of Indonesia’s longest and bloodiest conflicts. The battles between the Indonesian army and the rebels of the "Free Aceh Movement" (GAM) have affected almost every family, with civilians constituting the majority of the 10,000 deaths so far. But the tsunami changed the situation. Jakarta has opened up the province, which had been closed to journalists and human rights activists for years, and both the army and separatists have agreed on a temporary cease-fire. However, if the Indonesian government doesn’t succeed in organising the emergency relief effort efficiently and fairly, the population’s frustration will intensify.

In Stockholm for a free Aceh

The civil war dates back to 1976, when businessman Hasan di Tiro, son of an old noble family from Aceh, formed the GAM and proclaimed Aceh’s independence. However, in 1979 he was forced to flee in the face of a large-scale military offensive, found asylum in Sweden, and ever since has been leading the struggle for an independent Aceh from a suburb of Stockholm. It is often claimed that the GAM wants to found an Islamic state, but according to Indonesia expert Romain Bertrand, the aim of the GAM is a sultanate… with di Tiro as sultan.

Nevertheless, nationalism and Islam have always been closely associated in Aceh. As early as the end of the 19th century the Islamic clergy (Ulema) of Aceh declared holy war on the Dutch colonial forces. In the 1950s Darul Islam, a radical Islamic group, fought in Aceh – not only for the autonomy of the province, but also for the ‘Islamisation’ of Indonesia. Even so, the separatists of the GAM are not Islamic fundamentalists and the connection that the government in Jakarta tried to draw between the GAM and Al Qaeda after the Bali bomb attack of 2002 is obviously fiction.

Drugs and Timber: the army is profiting from the war

In any case, the original motives for the GAM, be they Islam or separatism, have lost all meaning since the start of the 1990s. In the opinion of Human Rights Watch, sympathies for the GAM gave been strengthened by the corruption and inefficiency of the administration, as well as the army’s ruthless action against the GAM, which has caused numerous civilian victims. In addition, over the years the army has developed its own interests in the region. According to Bertrand it is not interested in stopping the fighting since an end to the occupation could jeopardise its interests in the timber industry and drug trafficking. Despite President Yudhoyono’s promise to search for a peaceful solution, the army continued its offensive in 2004, with the aim of eliminating the GAM once and for all. It took the flood, bringing Aceh into the limelight of world publicity, to provisionally interrupt the offensive.

However, repeated exchanges of fire, on the parts of both sides, are already causing doubts over whether the cease-fire - agreed the day after the flood - will be maintained. In this situation the government in Jakarta must act quickly and decisively to show the army that it is not prepared to tolerate a continuation of hostilities. The next few weeks will be crucial: if the government succeeds in distributing aid equitably, and in leading the reconstruction effort efficiently, it can win back legitimacy among the population. On the other hand, continued military operations do not only threaten to hamper aid deliveries, but also to further alienate the population from Jakarta.

The international community therefore needs to support the Indonesian government in the rebuilding of the destroyed province and make good on its promises of aid. It cannot turn its back as it is only the lasting presence of international organisations and media that can guarantee control of the military, of local administration and the maintenance of pressure on all parties. The government’s attempt at renewed restrictions on access to the province, supposedly because the security of the aid workers is endangered by the GAM, is cause for concern. The international community (with the Netherlands, as the former colonial power, carrying particular responsibility) must exert pressure to bring the parties back to the negotiating table.