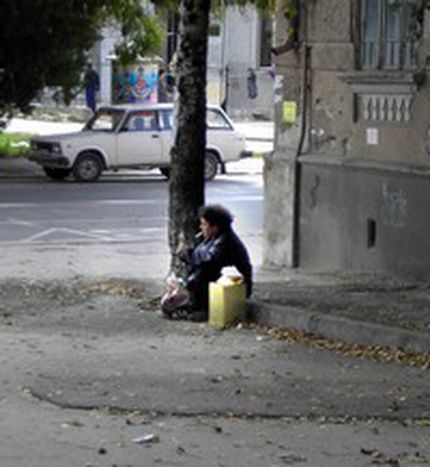 Hope and misconceptions in Romania and Bulgaria

Bulgarians and Romanians are moving towards EU accession with many expectations, little understanding and a few misgivings.

The kids are thin, their dark hair full of lice; wild, but cute nonetheless. The impoverished children of Bulgaria and Romania are hoping to be taken in by prosperous foster families. In the last few months they have been making an effort to do their homework. They are hoping that once in their new families, they will finally get a Gameboy, although they don’t want to have to help out more than the other kids.

Both of these EU accession states offer a well-educated and flexible workforce, as well as low cost sites for industrial production. Bulgaria brings yet another dowry gift, as the Bulgarian Minister for Europe points out to café babel: “Cyrillic, invented by the Bulgarian monks Cyril and Methodius, is about to become one of the three official alphabets of the EU. That is a valuable Bulgarian contribution to cultural diversity in Europe.”

Fifty-six percent of the Bulgarian population sees EU membership as a positive thing, according to the most recent Eurobarometer Survey. In Romania, approval ratings are as high as 68%. Bulgaria and Romania look forward to more freedom of travel and the chance to decide for themselves where to live, study or work in Europe. They expect that the economy and the political arena will become more stable, as well as their own personal well-being. Overall, both populations trust international institutions more than national ones, even though they know as little about the EU as Croats, Turks, and Britons do.

What the man on the street fears

Many Bulgarians and Romanians fear, however, that prices will rise after 2007 and that they will no longer be able to afford the basics, such as a heated apartment, a kilo of pork and a cinema ticket. Nothing sets of older people, farmers, and other ordinary citizens like the concept of EU accession. They worry that the EU will interfere too much in agriculture and that home-brewed schnapps will be made illegal.

Less than two years before they are due to join the EU, the feared rise in the cost of living is already beginning. At the end of September, a new tourism law was passed in Sofia: from now on the prices for Bulgarians and for foreign visitors should be comparable. Up until now, as in many other Eastern European countries, foreign tourists in Bulgaria paid many times more than domestic tourists for taxis, hotels, or museums. Thus the average Bulgarian fears that EU accession spells the end of annual holidays to the Black Sea. With an average income of €140 a month, Bulgarians cannot compete with tourists from the rest of the EU.

Faith in the EU-friendly political classes also suffers on account of corruption and crony-capitalism, both alive and well in Bulgaria and Romania. The biggest Bulgarian weekly paper, 168 chasa (168 hours) broke the news at the end of September that the young and ambitious Minister of State, Nikolai Vassilev, has, it is alleged, virtually exclusive control over the distribution of the money from EU Structural Funds. Meanwhile, according to the Romanian English-language daily paper Nine O’Clock, the Romanian President, Traian Basescu, has suggested a year long “abstinence from corruption” to his people at the end of September. This is theoretically supposed to wipe out corruption…

The Mafia is delighted

In the midst of this, Bulgarian and Romanian politicians are breaking into a sweat in order to fulfil their election promises: primarily, the longed-for EU accession in the year 2007. Bulgaria is behind in law reform, with 22 draft bills still waiting to be passed. Similarly, according to the Associated Press, the Romanian Prime Minister, Calin Tariceanu, pointed out at the end of September that his parliament had “still around 100 bills” that needed to be passed before EU accession.

The Mafia is delighted at the delays. The volume of human trafficking in the region is alarming, reports Richard Danziger from the International Organisation for Migration (IOM) in this year’s report on South Eastern Europe. General Boyko Borissov was, until recently, the General Secretary of the Bulgarian Ministry of the Interior and “Enemy No.1” of organised crime. In an interview with the Bulgarian magazine Egoist, he says that the fight against trafficking in drugs and people, money laundering and credit card fraud, as well as extortion, has had more success over the past few years. But unfortunately, he often finds that his hands are tied by the contradictory legal environment. Bulgarians and Romanians alike hope that these things will change with EU accession.