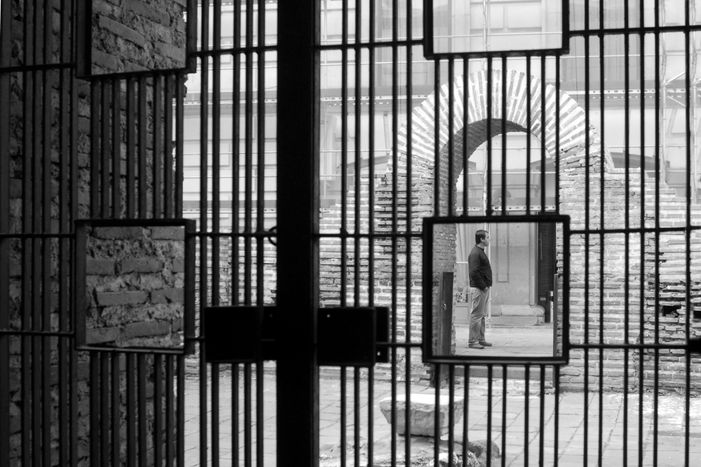 What happens when a French photographer spends two years visiting 25 European cities? Avoiding landmarks, this black and white series has been exhibited in Bulgaria, France and Germany, with premieres due in Estonia, Poland and the UK in September and October 2009. Recognise a corner?