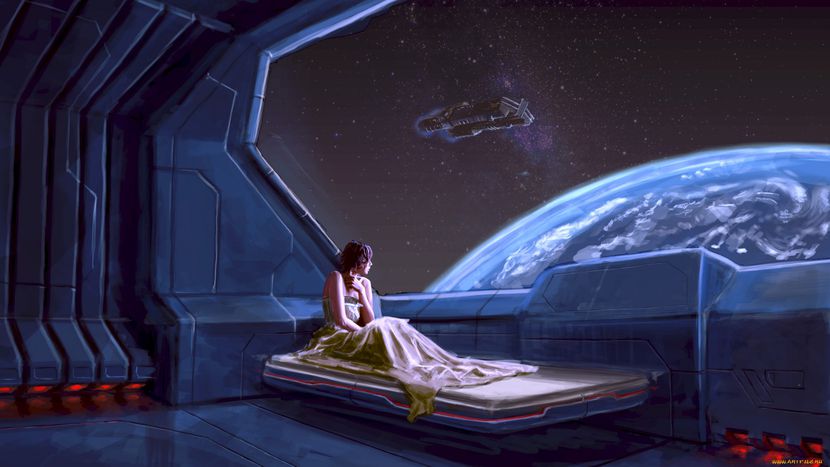 My hope for creating Homo Sapiens 2.0 is in Scandinavia. This statement may seem quite radical, but for me, it is the only way out. There is a well-known quote in oil business: The Stone Age did not end because we ran out of stones. We quit using stone, because our minds changed. Therefore, the oil age should end not because we ran out of oil, because our perspective for a green world should change.

With this view in my mind, I hope to see my futuristic aspect. People of future should not produce key or lock. Jean Jacques Rousseau’s social contract should go even beyond in 21st Century. There should be no robbing, no mobbing, no gender segregation, no discrimination, no inequality… These are the qualities each one of us dreams, but none of us has the courage to speak up the dream standing altogether in a perfect society.

Perhaps, you understand the first sentence of the article a lot better now. My hope for creating Homo Sapiens 2.0 is in Scandinavia, because the societies of these countries are the easiest ones to dream such future in the world. In Norway, most people who live outside of big cities do not lock their home doors or their cars. Thinking about the security is not a part of life for most Norwegians, because the social contract of the society promises that nobody will enter your home or try to steal your car. There are so many similar examples to that. Therefore, I believe Scandinavian social contract should be the perfect model for creating a peaceful civilization all over the world and we should work on improving this precious gemstone.

In 2015, International Women’s Day was celebrated in Oslo with lower passion than last year. Last year’s reaction was stronger because of the rightist government’s attempts on changing the abortion regulations. During the demonstrations today, I noticed some important details which one should comment out.

There are 4 or 5 well-known leftist political parties in Norway. These are Arbeiderpartiet (Labour Party), Miljøpartiet de Grønne (Green Party), Sosialistisk Venstreparti (Social Left), Rød Partiet (Red Party) and Norges Komunistiske Parti (Communist Party of Norway). At events similar to 8th of March, we only see the presence of these parties on the grounds. They take large space with their banners and their youth organizations prepare themselves weeks before the demonstrations. You can follow the enthusiastic preparations of the members on their social media channels. However, what about the right wing parties? Where are they?

I see no point for a right-wing party ignoring such important day. We never see their flags or preparations before 8th of March and the society does not even question this. What makes them ignore the women’s demand for equality? Apparently, they are the half of the voters. I seriously demand an explanation for this from the right-wing party members.

Let us take a look 8th of March from another perspective. What if left-wing parties also ignored The International Women’s Day? When we pull the support of leftists from 8th of March, participation and enthusiasm would decrease year by year and after 20 years, we may find ourselves in a completely different society where talking about women’s rights could be considered as a taboo like in most of the oriental cultures. Is that what the right-wing parties want?

Another important detail is about monitoring the problems of Muslim women in Norway. Of course, ethnic Norwegian women have a lot to say about inequalities that they experience at their work or social life, however, these obstacles cannot be more than an average Muslim woman suffers in Tøyen or Grønland. (These are the names of the districts in Oslo where mostly Muslim families live). If 8th of March is about showing solidarity for women who in need of help, then why are the problems of these women ignored by feminist groups in Norway? A lot of Somali young girls are forced to genital cutting even though they live in Norway. Many Muslim women suffer from domestic violence. Every day, we see 7 years old girls are forced to wear hijab… The list is too long, but unfortunately we do not see enough support from Norwegian feminists for Muslim women. They are the ones who really in need of help and solidarity. I hope they will take more action on their issues on their problems, too.

More about Hijab on Children

On the other hand, Norwegian law sees no harm on covering a 7 years old girl’s head because of her family’s decision. This tradition creates a strong impact on both boys’ and girls’ personality. A Muslim boy thinks “Yes, she has to wear that scarf, because her life should have some restrictions.” and a Muslim girl thinks “Yes, I should wear this, because my place comes after a man’s position and decision in the society.” This is a strong pressure, mobbing and abuse of a 7 years old child.

By providing more commentary on Hijab, I wanted to represent some example work for Norwegian Feminists. And there is another important point here, because of the racism card used by most of the Muslims; Norwegians avoid criticizing Muslim traditions. They are afraid of being called Islamophobic or racist, therefore Muslims should apply more self-critiques on oriental immigrants, because this is our duty in solidarity chain.

I have hope for Homo Sapiens 2.0 in Scandinavia.