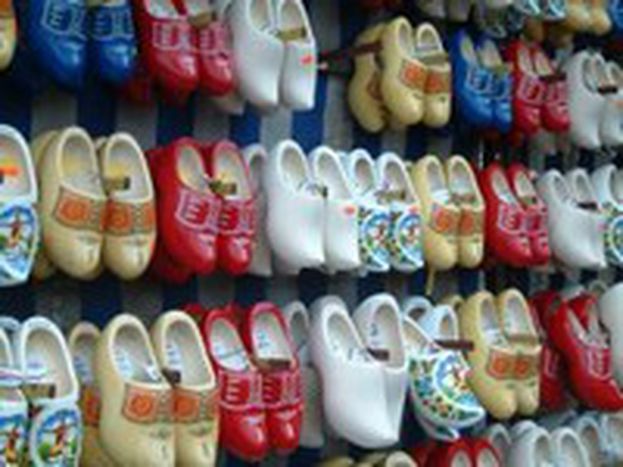 In the wake of the murder of film maker Theo van Gogh, the Dutch increasingly find themselves abandoning their sacred-held system of multiculturalism.

It used to be an eye-opening sight, as Wim Kok, Dutch Prime Minister from 1994 to 2002, used to ride his bicycle to work. Yet today, two parliamentarians are driven from their secret safe-houses in bullet-proof armoured cars.

One of them, Somali born Ayaan Hirsi Ali, only recently returned to work as she had been forced to flee the country after the brutal killing on 2 November 2004 of her friend and artistic collaborator, Theo van Gogh. The killer, a 26-year old radical Islamist, left a note on his dying victim threatening Miss Hirsi Ali, and Dutch 'infidel' society in general.

The event has shaken the social and political climate. It fuelled a fear of Islamist terrorism and a growing discontent with the apparent failure to integrate a Muslim minority that accounts for 1 million of a total population of 16 million. Official projections for 2020 show Muslim populations in big cities approaching 50%.

Unrest in the city

Many would mark 9/11 as where society took a turn. Government studies show unemployment among ethnic minorities has doubled since then. Yet, due to its frightening proximity and baffling cruelty, the murder of van Gogh seems to have unsettled the Dutch even more. In a poll soon after the murder, 47% said to be less tolerant of Muslims than before. The news that the killer had been part of a larger cell of militant radicals deepened a general sense of anxiety. “It feels like it’s only a matter of time for a big attack to take place in our country”, says one student in Amsterdam, where the murder took place.

Especially there, tensions seem to be mounting. The “unrest in the city that needs little to erupt”, as mayor Job Cohen puts it, was only recently demonstrated when a protest against the supposedly blasphemous Danish caricatures of Islam’s prophet quickly turned into a violent mini-riot lead by Moroccan youths.

But initiatives to increase understanding exist. Elena Simons, a social inventor as she calls herself, had arranged for Sinterklaas to fill the empty shoes of praying Muslims at a mosque in Amsterdam with presents, a Dutch tradition in December. Mr Cohen is widely known for his soft approach: he argues for a better representation of Muslims in soap-operas. But until then, the gap will keep widening.

The Dutch in denial

With the benefit of hindsight, many claim to have foreseen the isolation of the Muslim community as far as 20 years ago. They blame immigration policies. Dubbed multiculturalism, the Dutch have embraced an approach that encourages ethnic minorities to maintain cultural identities.

Its origins, however, seem more pragmatic than idealistic. For decades, immigrant labourers were lured in on a temporary basis. It was seen as more practical not to encourage integration since these guest-workers were not supposed to settle, yet many did, and brought their families over.

Moreover, a stifling climate of political correctness during the 1980s and 90s had for long impeded any discussion of the issue for fear of being labelled racist. It was Pim Fortuyn, an extravagant right-wing maverick, who eventually broke the taboo by openly questioning multiculturalism. As much as he enraged his opponents, they accredit him now for opening the door to an honest debate.

The end of multiculturalism?

Fierce rhetoric previously reserved for the outskirts of the political spectrum has found its way into the mainstream. Finance minister, Gerrit Zalm, declared a 'war' on Islamic fundamentalism the day van Gogh was killed. Interior minister Remkes said: “Only repression helps against the most notorious scoundrels.” Geert Wilders, the second of the heavily safeguarded parliamentarians, advocates administrative detention; a policy to detain terrorist suspects without trial. “Those people must be removed from the streets, and the burden of proof cannot be an obstacle”, he says. “The government must be able to act first and be held accountable later.”

Multiculturalism, so it seems, is coming to an end. Even the possibility of dual-nationality has been abandoned by the government. Rita Verdonk, minister of Immigration, recently saw her new law proposal approved by parliament, obliging future entrants to pass a citizenship-test in their country of origin. She also talks of introducing a national code of conduct representing 'the Dutch identity', something the city of Rotterdam has already done.

She even went so far as to propose obliging the use of the Dutch language in the streets. “It’s my business when I’m chit-chatting in Surinam on the street”, responded a Surinam party member perhaps more sensibly, “I’m not causing any disturbance.” Is this a general tendency towards monoculturalism?

A number of imams have been expelled from the country, and many will have to participate in a naturalisation-course, rewarded with a copy of the Dutch constitution and a national flag. Perhaps a more suitable reward would be a bicycle; the day imams bike to work, maybe parliamentarians will too.