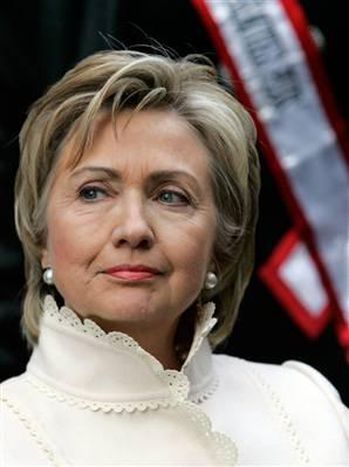 Hillary Clinton to visit Greece and Turkey on February

Hillary Clinton, the US Secretary of State is about to visit Athens in early February. Although still no official announcements have been made, the U.S. Secretary probably will be in Athens on Sunday the 6th.

Clinton is going to visit Greece and Turkey, according to the Turkish newspaper «Zaman», where she programs meetings with President Abdullah Gul, Prime Minister Recep Tayyip Erdogan and Foreign Minister Ahmed Davutoglu.

According to information, preparations for the arrival of the head of U.S. diplomacy are already in progress. However, the US embassy in Athens keeps everything secret so that no information about Clinton's residence, time of arrival and her exact schedule, will be provided. According to diplomatic cyrcles in Athens, the arrival of U.S. Secretary of State will be a message of support to the Greek government for its efforts.  Particular emphasis will be given to developments in the Middle East, Greek-Turkish relations, Cyprus issue and the dispute with F.Y.R.O.M. over the name "Macedonia", and the new era of relations between Greece and Israel.

Within the agenda of discussions almost all the foreign policy issues are expected to be found.