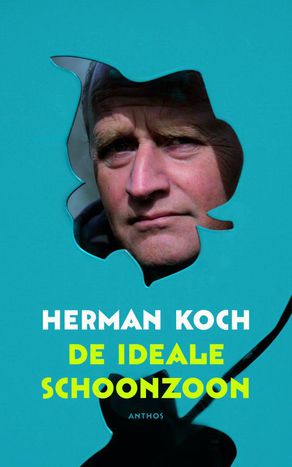 Herman Koch: ‘I overcame shyness of writing my first book through alcohol’

The Dutch best-selling writer gives the impression of being a favourite uncle: he is considered, thoughtful and softly spoken. This is something of a surprise, as the 59-year-old is known for his biting black humour. We take refuge from the rain to talk with the former actor and comedian about why the best ideas come after alcohol

‘I never thought of myself as an actor,’ admits the Dutch author and former television personality, Herman Koch. who got into television by accident in the 1990s after writing his first two novels. ‘At first people asked, ‘what’s this writer doing on a comedy show?’ Then it was the other way round: ‘Ah! We know you from television but we didn’t know you also write books.’ Koch stopped working on the Monty Python-esque comedy show Jiskefet when its fifteen-year run ended in 2005 and now dedicates himself to his novels. ‘I could never remember lines,’ he admits with a laugh. ‘I just don’t have the ambition. Even if they asked me to act in something really big next to…’ he pauses, to consider who would be famous enough ‘…next to Jack Nicholson, I would decline.’ He chuckles at the thought.

No one can accuse the writer of having made the wrong decision: Koch’s latest book but one, The Dinner, won him the prestigious Publieksprijs prize in 2009. The bestseller in the Netherlands has been published in 25 countries and was released in English in 2012. Compared by critics to Roman Polanski’s 2011 film Carnage, the novel follows two couples meeting in a fashionable restaurant to discuss an outrage perpetuated by their sons. Over the course of the evening, all pretence at civilised behaviour breaks down. 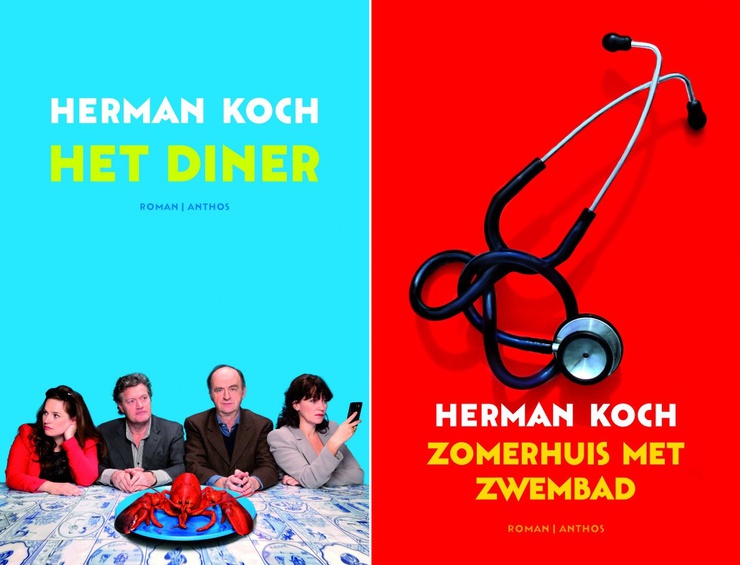 The book has been interpreted very differently in different countries. ‘In Spain, Italy and Israel, the book has been seen as social satire, which I don’t think it is,’ muses Koch. This is also the case for his latest novel, Summerhouse with Swimming Pool. While Dutch readers seem to enjoy the book’s black humour, German critics have applauded the dissection of hypocritical bourgeois morals. Koch insists that the elements of social critique are not intentional, remarking that he doesn’t try to think about the moral of a book. ‘Of course if you write a book set in 2005 or 2010 it reflects society and it reflects what’s around you,’ he says. ‘I’m not trying to give an opinion, certainly not in a novel. I try to give as many opinions as possible. There’s a very good example in Ian McEwan’s novel Saturday when there’s a discussion between a father and a daughter about the war in Iraq, which is just starting. Of course, everyone knows that Ian McEwan is anti-Bush, but he puts forward all the arguments in favour of the war and he presents them just as well. That is what you should do as a novelist.’

Koch’s wife is Spanish and he has lived in Spain for six years. ‘Although contrary to what wikipedia says, I don’t live there anymore,’ he smiles. ‘I feel very much at home in Barcelona. When I talk Spanish, it’s as though I just change into another person and suddenly I’m just this Spanish version of myself.’ Nonetheless, he describes himself as being somewhere between European and Dutch. ‘I have to admit that I’m Dutch because if you just say to yourself ‘I’m European’, then you’re suppressing something. Holland can be very provincial in a way. I just see it as a province of Europe. Sometimes people from Amsterdam really think that they live in a cosmopolitan city. It actually feels more like a quiet provincial town where there happens to be a lot going on.’

'When I talk Spanish, it’s as though I just change into another person and suddenly I’m just this Spanish version of myself’

While The Dinner, Koch’s sixth published novel, may have heralded the 59-year-old’s breakthrough, he’s not convinced that his writing has improved dramatically over the last twenty years. ‘The first novel I wrote is of the same quality as my most recent one; it just cost me a lot more to write it. I remember writing my first book, trying to write all day and not having any good ideas, any inspiration. At five o’ clock I would open a bottle of whisky and pour myself a couple of glasses and then I thought, ‘Oh, I know!’ and I wrote two pages.’ Many writers, he tells me, would discount anything they wrote after a drink ‘but I reread those pages the next day and thought, ‘This is so good – I’m never able to write this well!’ So that’s how I wrote my first book. I thought that maybe I needed that to overcome some shyness in writing. With practice, you need that less and less.’ He interrupts himself here; he came up with the idea for The Dinner after having had a few beers on christmas eve. ‘This kind of idea only comes to you when you’re in this state. You’re absolutely not drunk but you feel relaxed. The only thing is that the next day you do need to ‘control’ your idea. Be your own secretary and ask yourself: was this really a good idea?’